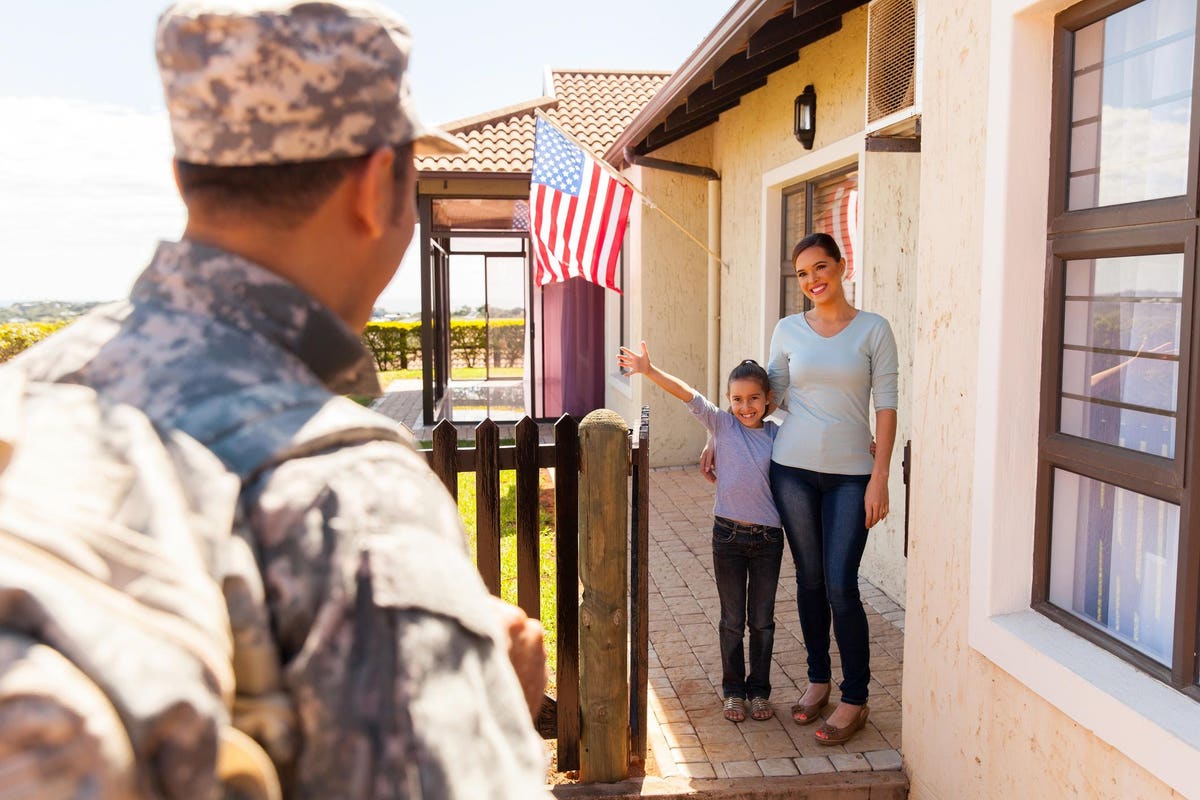 Despite a challenging year of higher home prices and interest rates, a recent survey shows that many military members and veterans are optimistic about buying a home, especially those currently serving our country.

“After facing significant headwinds over the last year, veterans and service members are poised to rebound in 2023 as the market starts to shift back toward home buyers,” said Chris Birk, vice president of mortgage insight at Veterans United. “For younger veterans and service members, the VA loan benefit means they don’t face the same hurdles that keep many civilian counterparts out of the housing market, chiefly the need for a down payment and great credit. Younger buyers have led the way in VA lending in recent years, and that storyline will continue through next year and beyond.”

“Veteran home buyers will see additional savings starting this summer after a temporary hike in the VA funding fee sunsets in April,” added Birk. “The fee rollback could save VA buyers a collective $200 million a year.”

Nearly 43% of Reserve and National Guard military members surveyed believe they will buy a home in the next 12 months compared to 20% of active duty members.

In the last two years, service members and veterans weren’t as competitive in the housing market due to bidding wars and repeatedly getting beat by all-cash offers. However, despite monthly payments rising in 2022, Veterans United saw an increase in government lending, which shows the affordability challenge in the market.

In April, the VA funding fee is scheduled to decrease, which will also help with overall mortgage payments. VA buyers will save about $200 million over the life of their loans. Affordability is top-of-mind for prospective home buyers and this change will significantly help this group of buyers, especially first-time buyers entering the market.

For veterans specifically, the top reason for not having home-buying plans was higher mortgage rates. More than half (56%) of service members and veterans think it will be very or somewhat difficult to buy a home in the next year.

As monthly mortgage payments rose for home buyers in 2022, there was an increase in government lending, while conventional lending declined, according to data from Black Knight.

The rise in government lending is reflective of the affordability challenge in the market. Government lending is opening up doors to homeownership for those that may be priced out of conventional product offerings. In fact, the share of VA loans grew by more than 2.6% from January through December in 2022 compared to the share of conventional loans that declined by over 6.8% for the same time period.

One of the VA home loan’s cornerstone benefits is the option to buy without a down payment. That significant, transformational advantage has opened the doors of homeownership for generations of veterans and service members who might struggle to secure home financing.

About 62% of service members and veterans say zero down payment is the top reason for using their VA home loan benefit. Veterans have a better understanding of the advantages of using the benefit as compared to active duty, Reserve and National Guard service members.

Mortgage rates more than doubled since the start of 2022, while home price appreciation saw double digit increases, making affordability a key issue in the housing market. According to the latest data, the median price of a newly listed home is $370,000. A 3% down payment for this home would be $11,100, and a 5% down payment would be $18,500.

Still, misconceptions about the VA loan persist, particularly among those who live farther away from military bases. The lack of awareness could be detrimental to military families that may believe they need to save a down payment of 5% or more. This can put their dream of homeownership on hold, because it could take years for a military family to save for a large down payment.

Additionally, National Guard members and Reservists may not be aware of their eligibility for a VA home loan after the passage of the Veterans Health Care and Benefits Improvement Act of 2020. This legislation extends VA loan eligibility to those ordered to full-time duty under Title 32 for a period of at least 90 days, with 30 of those days served consecutively.

One of the key influencers of awareness about the VA home loan program is the proximity to a military installation. Active duty service member awareness drops significantly if they are more than one hour from the nearest military base.

For example, 94% of active duty service members from all components who live less than 30 minutes away from a military base are aware of the VA home loan benefit, compared to 69% who are more than three hours away. This particularly affects National Guard members and reservists, who live and work in every community across the United States.

While serving, Reserve component service members may not be as knowledgeable about their benefits and eligibility, unlike veterans who receive benefit education when they leave the service or retire.

Overall, 50% of service members surveyed own their home, while the remaining half rent or live in military housing. Reserve and National Guard have the highest share of homeowners.

About 75% of veterans and service members are satisfied with the VA home loan benefit, with its ease of use and lower rates earning high marks. Over the last five years, the average fixed VA loan rate was more than half a percentage point lower than the average conventional rate, according to Federal Reserve data.

In comparison, about 19% of service members and veterans were either neutral or dissatisfied with the program. One of the top reasons for not using the VA home loan benefit was another loan option being easier to obtain.

“I feel like I am living out the American Dream, and I finally have a piece of it for myself, because everyone wants to eventually own a home,” said Air Force veteran Louis Espinosa. “My kids finally have their own space and do not have to worry. It’s our own little area.”

January job growth is forecast to slow slightly, but the impact from big corporate layoffs is uncertain
Stocks making the biggest moves before the bell: Apple, Alphabet, Amazon, Starbucks and more
How many stocks should I buy?
China sharply rebukes US over decision to shoot down spy balloon
Here’s Why Chesapeake Energy Shares Were Halted on Tuesday