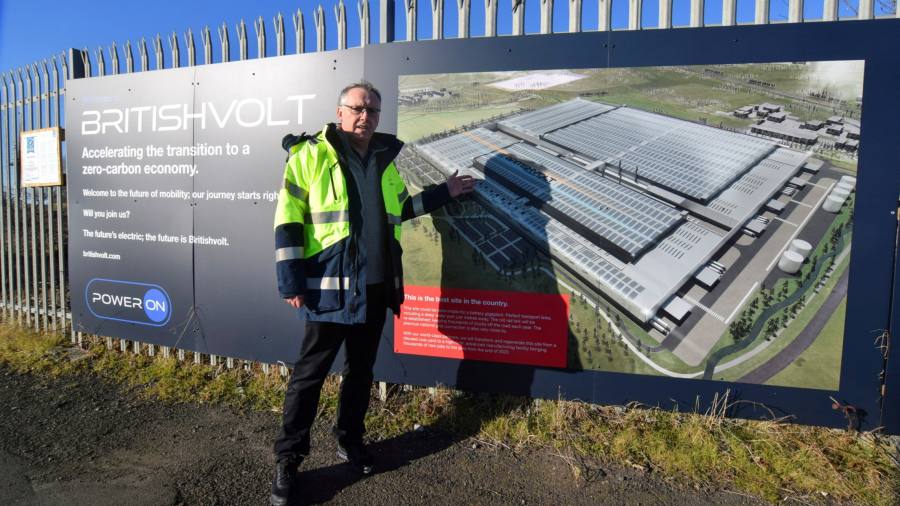 The UK battery start-up Britishvolt has collapsed into administration after last-ditch efforts to secure emergency funding from a group of investors failed.

The majority of Britishvolt’s 300 staff were made redundant “with immediate effect”, employees were told on a call at lunchtime on Tuesday, as the business had no funds to continue operating.

A late takeover offer from a group of shareholders had received investor support but the company’s creditors refused to back the deal, leaving the business with no option except to file for administration, chair Peter Rolton told staff, according to two people.

EY was appointed as an administrator on Tuesday, Rolton added.

Earlier on Tuesday the business filed a notice to the High Court that it intended to appoint an administrator.

Britishvolt has for months been surviving on short-term rescue funding and tax rebates while it searched for a viable long-term owner of the business.

The administration scuppers the company’s hopes of becoming a driving force in UK battery production. Britishvolt had hoped to build a £3.8bn battery plant in north-east England.

Founded in 2019, Britishvolt marketed itself as the UK’s hope for a homegrown battery manufacturing champion that secured investment from blue-chip companies Glencore and Ashtead, a pledge of £100mn of government funding and formed a big part of former prime minister Boris Johnson’s plans for a “green industrial revolution”.

Its decision also threatens to undermine the UK’s ambitions to create its own battery manufacturing powerhouse.

A late offer from a band of shareholders was selected by the board as a “preferred offer” on Friday. While shareholders had balked at the deal, which would have nearly wiped out their holdings, enough had supported the deal to pass it.

A memo sent to staff late on Friday evening said “no final decision” had been made on the company’s future, but that the board had selected a “preferred offer” and would work over the weekend on the deal.

An all-staff meeting planned for Monday morning to update employees on the situation was twice delayed, then rescheduled for Tuesday, when staff were told of the administration.

Tabled last week, the shareholder offer included a £30mn investment for almost total control of the company, with £128mn of further funding to follow.

Had the shareholder deal gone ahead, Britishvolt expected to receive the first instalment of funds this week, according to an investment timeline seen by the Financial Times.

The group’s only major asset is its rights to a potential vast site at Blyth in Northumberland, where it hoped to build a £3.8bn gigafactory. The site is widely regarded as the ideal location for a battery factory because of its size, transport links and access to clean energy.

Britishvolt has also developed in-house battery technology, which is still at the prototype stage.

As well as the now-rejected shareholder bid, the company received a takeover offer from little-known Indonesia-linked fund DeaLab, which was on similar terms to the shareholder bid.

Two people with knowledge of the discussions said DeaLab did not have sight of its initial funds as of Friday, despite having secured the longer-term portion of the funding, which ultimately led the board to select the shareholder offer.

DeaLab has not responded to several requests for comment since it was publicly named as the suitor. Its website lists few details of its activities, and its UK entity employs only three people, according to accounts filed earlier this week.

Salt Lake City, Dallas And Denver Are Expected To Have The Biggest Inventory Gains In 2023
The ‘Invisible House’ In Joshua Tree, California Lists For $18 Million
Jim Carrey’s Los Angeles Estate Hits The Market For $28.9 Million
Hedge funds rush to unwind bets on falling markets as stocks surge
Bitcoin price may retest $20K on US CPI amid absence of soft landing — trader