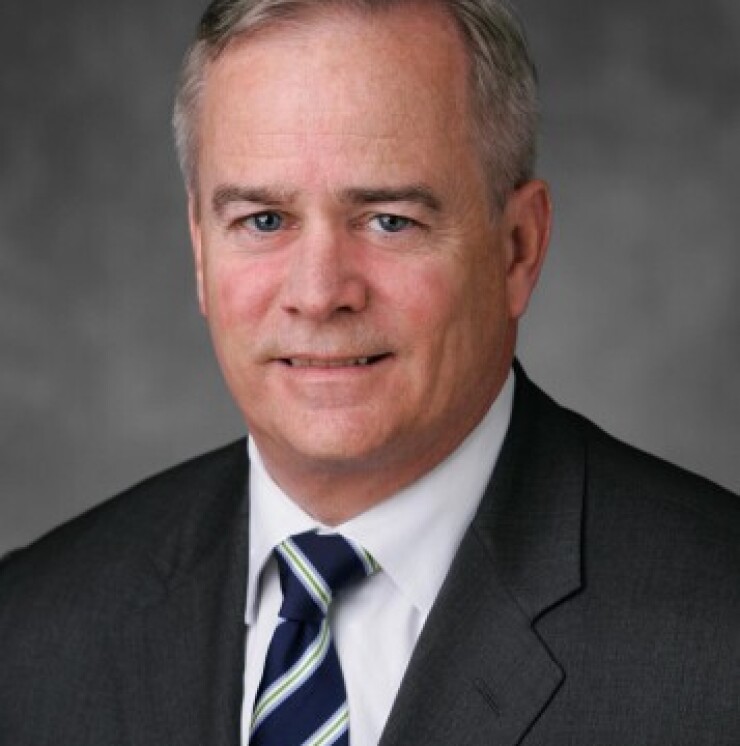 A shakeup of senior municipal leadership at Morgan Stanley, the market’s third-largest underwriter, has unfolded over the last six months with the ouster of longtime head of public finance Brian Wynne last week marking the latest in a string of departures.

The departures encompass top titles across the bank’s muni securities business, including the head of the department and heads of trading, syndicate and public finance. Two longtime bankers also left at the end of the year.

Wynne’s departure ends a more than three-decade run at Morgan Stanley. He had been sole head of public finance since 2017.

In a statement, the firm said that it would boost the business under its new head of munis, Jared Mesznik, who was moved into that role in August.

“Under Jared’s leadership, we plan to further heighten the municipals business within our Fixed Income platform and enhance our client offering,” said a bank spokesperson, who declined further comment on other changes within the municipal department.

“It’s a little odd to replace so many top leaders given the firm’s performance went up last year, but like other firms, they have encouraged retirement at the senior level,” said a banking source. “It’s commonplace at the bulge bracket Wall Street firms to be mid-to-top heavy and that’s where you see the cuts because of compensation exposure.”

The industry-wide cuts could lean toward mid-to-senior level professionals at some firms while sparing younger professionals, the source added. “I think there is a generational shift going on in the municipal industry and it’s up-and-coming bankers and analysts and associates that are in high demand.”

Most of the senior team no longer with Morgan Stanley had spent decades at the firm.

Wynne, who had been at the firm for 33 years, had served as head of the municipal syndicate and deputy head of public finance since 2008 before being tapped in 2012 to jointly lead public finance banking along with Charlie Visconsi. He’s solely led the group since Visconsi left in July 2017.

The head of trading, Bernard Costello, recently announced he is leaving and is expected to take a new position at First Miami Securities, Inc. next month, according to sources. FMS declined to comment Wednesday.

Head of syndicate Dan Kelly left in the fall, sources said. Kelly had been at the firm for 23 years, joining in 2000, according to his LinkedIn profile, which listed his titles as deputy head of municipal syndicate, head of competitive underwriting, head of short-term products on the trading desk and head of ETF trading.

Longtime public finance bankers Richard Weiss, an executive director who focused on water and sewer deals, and Jay Sweeney, a managing director who specialized in tax-exempt corporates, retired at the end of the year, according to sources. They could not immediately be reached for comment.

The departures all come in the wake of the former head of municipals Patrick Haskell stepping aside in August. Haskell, who joined Morgan Stanley in 2009, led muni securities since 2013.

Haskell remains at the firm, though his title and duties are unclear, according to sources. Just weeks before the August announcement that he was stepping aside, Haskell was appointed as a bank representative on the board of the Municipal Securities Rulemaking Board. He is no longer on the MSRB board.

In late August, the firm tapped Mesznik, who joined the firm in 2007, to fill Haskell’s shoes.

Still at the firm’s municipal securities department on the senior side is Alex Chilton, who’s been at the firm for seven years and whose current title is Head of Municipal Capital Solutions, according to LinkedIn.

Stephen Dance and Stuart Perilstein, both managing directors and co-heads of institutional sales, also remain with the firm.

The bank is expected to provide a more complete picture of its new leadership team next week, according to a source.

Morgan Stanley last December cut 2% of its global staff, a total of 1,600 positions. In the last big round of muni cuts, in 2015, the firm cut 25% of its public finance team as part of a larger fixed-income restructuring.

More industry-wide cuts to broker-dealer benches may be announced in coming weeks and months after the distribution of bonuses — Morgan Stanley’s bonuses are set to come Thursday — and decisions over the size of fixed-income teams given dwindling supply and worries over a recession.

Goldman Sachs began cutting more than 3,000 positions across the firm, according to published reports.

“The big Wall Street firms clearly had four or five really good years and grew a lot,” said an industry source, noting that for most of the firms, including Morgan Stanley, munis account for a small slice of overall fixed-income revenue.

“It’s such a small amount of the revenue of any firm’s business but it’s a lot of headcount because of the nature of the business,” the source said. “It’s easy to keep that going when it’s a bull market but now it’s going to be much different. This will be the slow bleeding of the business.”

With recession fears, relatively high interest rates and many states and cities still flush with federal stimulus money, the outlook for the year ahead is uncertain.

“Given the forecast this year, all firms are assessing where they were at the end of 2022 and making some adjustments,” said another banking source.

“Everybody is bracing for 2023 not being a great year,” said a third source. “That’s going to be inevitable.”

Despite the tough year, Morgan Stanley rose up a notch to become the third-largest senior manager in 2022, leading 232 issues valued at $27.49 billion and capturing a 7.6% market share, according to data from Refinitiv.

The firm’s ranking and market share ticket upward but the numbers underscore the sharp drop in issuance levels.

Wall Street cuts offer one upside as they provide regional firms the opportunity to attract veteran professionals with skills and a client book that can help build a business, sources said. “It presents an opportunity to pick up experienced talent,” said a banking source.

In a 2018 interview with The Bond Buyer when similar concerns over issuance levels, a recession, and a potential contraction of banking jobs was top of mind, Wynne said he didn’t envision any big changes in the firm’s approach to managing its business. “Cycles come and go and those” firms that “are consistent in the end win,” he said.

How You Can Make Money with Options and Still Stay SAFE
China’s real estate crisis isn’t over yet, IMF says
Spanish rehab center adds crypto trading addiction to services list
London’s rental market is in crisis. Here’s why and how renters are struggling
My Stock Dropped Over -20% – What Should I Do?