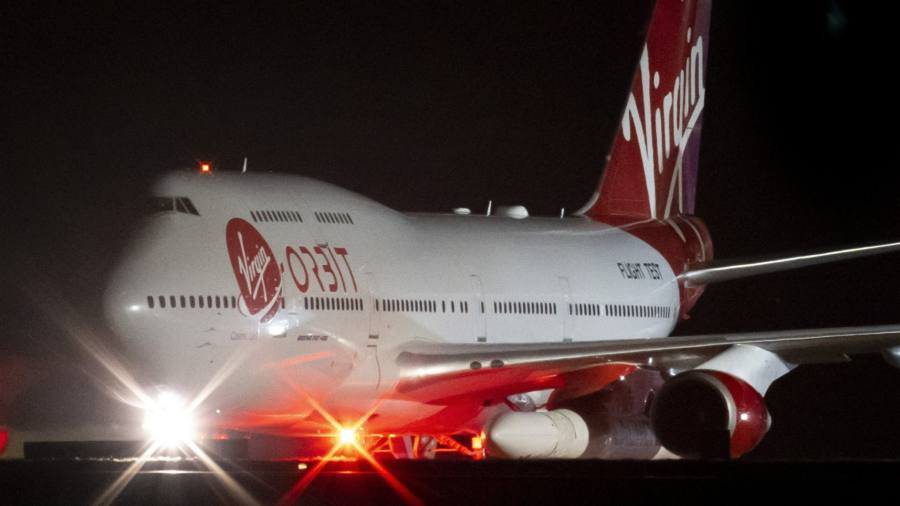 Shares in Virgin Orbit fell more than 20 per cent in pre-market trading after the failure of Britain’s historic attempt to launch the first commercial satellites from western Europe.

Virgin Orbit’s LauncherOne rocket suffered an “anomaly” that prevented it from reaching orbit. The failed mission is a severe blow not just for the UK, which had hoped to beat rival spaceports in Norway and Sweden to claim the crown as Europe’s leading provider of launch services, but also to Nasdaq-listed Virgin Orbit, which was aiming to prove that its horizontal launch system could fly satellites from anywhere in the world with a suitable runway.

The failure is also a significant setback for the seven customers that had satellites on the Virgin Orbit rocket, launched from Newquay airport, Cornwall, just after 10pm.

Virgin Orbit announced the “anomaly” 10 minutes before midnight, less than an hour after the rocket was launched from Cosmic Girl, a Boeing 747 jumbo jet converted to release LauncherOne at 35,000ft over the Atlantic Ocean.

The mission appeared to be going so smoothly that Virgin Orbit prematurely posted on Twitter that its rocket had reached orbit. Cosmic Girl had released the rocket without a problem, and it had jettisoned its first stage.

But at 11.46pm, just as the jumbo jet was returning to land safely in Newquay, Virgin Orbit suddenly posted on Twitter: “We appear to have an anomaly that has prevented us from reaching orbit. We are evaluating the information.”

The company soon halted the livestream that had attracted close to 50,000 viewers, thanking customers and Spaceport Cornwall for their efforts.

Alice Bunn, president of the trade body UKspace, said the failure was a disappointment, but she expected the UK to make a second attempt.

“Space is hard,” she said. “If you look back at the history of space, there have been quite a few failures. You work out what happened and then you get up and try again.”

The UK had taken a very commercial approach to developing space capability, she said, which would allow for swifter decisions on a renewed attempt than some European competitors.

It was unclear, however, how soon Virgin Orbit would be able to try again. Matt Archer, commercial space director at the UK Space Agency, told journalists at the site that Virgin Orbit and the UK government would investigate the failure, according to Reuters. “The second-stage engine had a technical anomaly and didn’t reach the required orbit,” he said.

An investigation could take some time, depending on the cause and gravity of the problem. Last month, Europe’s Vega-C midsized rocket failed and is expected to be grounded for several months while an inquiry is carried out.

Melissa Thorpe, head of Spaceport Cornwall, was also quoted by the BBC, saying the failure was “absolutely gutting”.

“We still don’t have a lot more information about the cause of the anomaly — it seems we will need to wait until experts have looked into the problem,” she said. “Virgin will be deep diving into the data.”

Cornwall was the first of the UK’s seven proposed spaceports to go operational, offering horizontal launch services. Sites such as SaxaVord, in the Shetlands, and Sutherland, on Scotland’s north coast, will offer vertical launch.

All the spaceports will target smaller satellites destined for low Earth orbit, from where an increasing number of commercial services such as high-speed broadband and climate monitoring will be delivered to Earth.

Space analysts at Euroconsult estimate that 18,500 satellites weighing less than 500kg will be launched into low Earth orbit over the next decade.