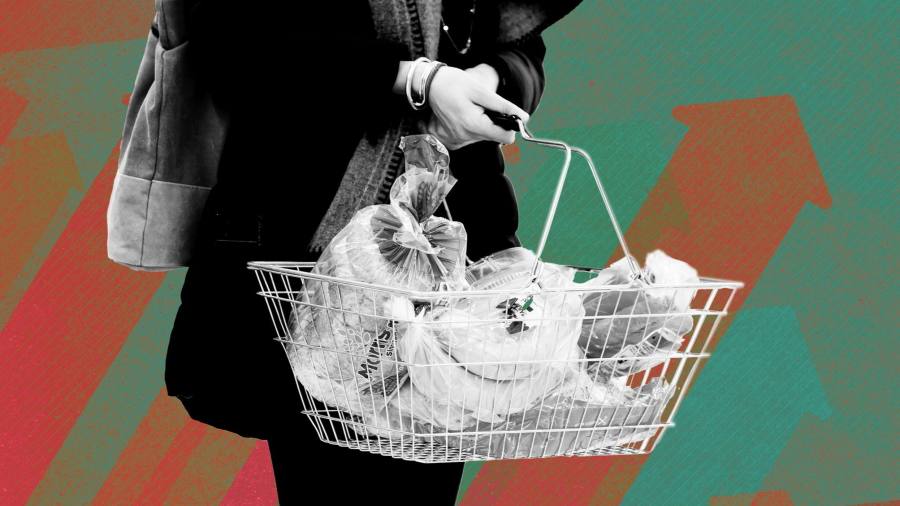 Inflation in the eurozone fell more than expected in December, ending a two-month period when the rate was in double digits.

The drop exceeded expectations of a fall to 9.5 per cent in a Bloomberg survey of economists.

Core inflation, excluding volatile energy, food and fuel prices, however, rose to a new high of 5.2 per cent, highlighting policymakers’ fears that lower petrol and energy prices would bring down the headline rate without addressing underlying inflationary pressures.

In November, core inflation stood at 5 per cent and exceeded economists’ expectations that it would remain at this level.

With core inflation rising and more than twice the European Central Bank’s 2 per cent target, Philip Rush, founder of consultancy Heteronomics, said: “Inflation won’t be able to sustainably return to the target until this core problem is conquered.”

François Villeroy de Galhau, the French central bank governor, said on Thursday that the ECB would need to keep raising interest rates to address the problem of underlying price pressures.

He said the programme of monetary tightening would probably end by the summer, but did not say how much further he thought interest rates needed to rise from the current 2 per cent rate. Financial markets expect a peak in eurozone interest rates of roughly 3.5 per cent.

How You Can Make Money with Options and Still Stay SAFE
Here’s Why Chesapeake Energy Shares Were Halted on Tuesday
Salt Lake City, Dallas And Denver Are Expected To Have The Biggest Inventory Gains In 2023
Fed’s Bostic says higher peak rate on table after jobs blowout
My Stock Dropped Over -20% – What Should I Do?