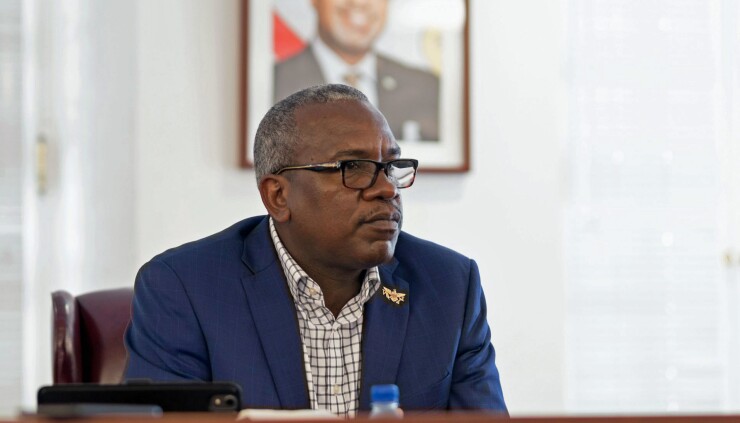 The U.S. Virgin Islands would privatize its only two airports under a process launched Thursday that would mark the second long-term lease for a U.S.-based airport asset.

The Virgin Islands Port Authority Thursday released an RFQ outlining a relatively fast-paced process that aims to select a final team by the end of 2023 with groundbreaking by the end of 2024.

The lease would be structured as a design-build-finance-operate-maintain concession for the Rohlsen Airport on St. Croix and the King Airport on St. Thomas.

“We are seeing a lot of interest,” said Larry Belinsky, a managing director at Frasca, during a press conference Thursday with USVI officials announcing the RFQ process.

“A lot of investors and operators are looking for U.S.-based airports,” Belinsky said. “It also has great interest because it’s a tourist destination,” he said. “We have been approached by a number of interested entities.”

The U.S. lags globally when it comes to the privatization or long-term lease of an entire airport. There is only one full airport lease, the Luis Munoz Marin International Airport in San Juan, Puerto Rico. The 40-year concession with Aerostar Airport Holdings, entered into in 2013, was valued at $2.6 billion over the length of the lease. Both Chicago and St. Louis pulled the plug on plans to privatize their airports, illustrating obstacles presented by market conditions and political unpopularity. Gary, Indiana in June terminated its P3 eight years into what was to be a 40-year agreement. Denver International Airport in 2019 terminated a P3 to renovate its main terminal, a move that cost the airport up to $210 million in penalties.

The Virgin Islands’ deal calls for VIPA, a semi-autonomous agency that owns and manages the USVI’s two airports and the majority of its public seaports, to prequalify an infrastructure investment fund, an airport terminal developer and an operations and maintenance airport operator, Belinsky said.

The same entity would be tapped for both airport projects with construction running at around the same timeline, he added.

There is not yet a dollar figure attached to P3, though the St. Thomas airport development is tentatively estimated to cost “a couple hundred million,” and the St. Croix proposal around $150 million, Belinsky said.

Among other things, the concession would upgrade and expand existing airport facilities, including renovating and expanding existing terminal buildings and adding concession areas and jet bridges.

The FAA has “indicated their initial support” for the P3, Belinsky said.

VIPA does not need the Legislature’s authority to move forward with the long-term lease, said VIPA executive director Carlton Dowe.

Tourism is key to the USVI’s economy and the airports need to be modernized to upgrade the tourist experience, said Gov. Albert Bryan Jr at the press conference. Both airports sustained damage in 2017 from two major hurricanes.

“Four years ago, someone came to me with the same concept but… we had too much on our plate,” Bryan said. Now, with hundreds of new hotel rooms set to come online, it’s time to move forward with the privatizations and upgrades, he said. “By hook or by crook we’re going to get this done.”

The RFQ sets a Jan. 12, 2023 deadline to respond to VIPA’s invitations to a pair of industry forums on Feb. 1 and Feb. 2 for each airport.

A statement of qualifications from interested firms is due on March 16.

The VIPA board expects to shortlist no more than four firms at its April board meeting. In May, VIPA will issue an RFP and wants to tap a preferred proposer by January 2024. Groundbreaking for the airport terminals would begin by the fourth quarter of 2024, according to the RFQ, with the opening of the new terminals by early 2027.