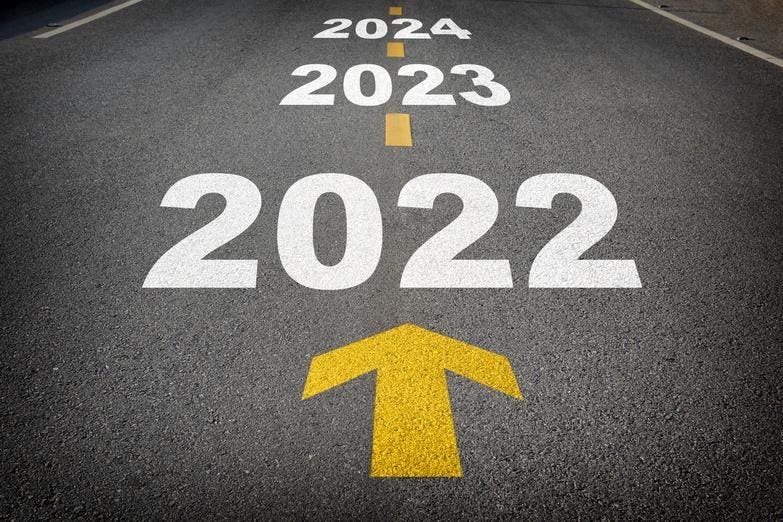 The story of New York real estate in 2022 was a tale of two markets.

The year started in the best of times, as buyers signed record numbers of contracts in February and March. Then April rolled around, and the market began to shift. By fall, it seemed as if the worst of times had arrived. Buyers were scarce, and contract volume fell significantly, with fears of price collapses bubbling up. However, as 2022 closes out, the New York City real estate markets are becalmed. Buyers are not rushed, sellers are not urgent, and prices aren’t collapsing. The market feels rudderless, and narratives are adrift. The recovery story is over.

With Mark Twain’s insight that “history doesn’t repeat itself, but often rhymes” in mind, now is an excellent time to look back at the ebbs and flows of 2022 to understand better the context propelling the market into the unknown future.

The spring busy season of 2022 started with demand at record levels. The number of pending sales in January was head and shoulders above previous years.

While this was mainly on the back of a solid winter, the momentum carried forward, and buyers were out in force by February and March. Low interest rates buoyed much of this enthusiasm but began to climb in early 2022. In April, as conforming rates crossed 5% for the first time in several years, the market downshifted. As summer volume fell from dizzying highs to more typical levels, the perception shifted from recovery to normalization mode.

Fast forward to the fall’s active season — which, as it turned out, was not very active. A comparative look at the percentage change in the rolling 30-day average contract signed pace since October 1, 2019, shows that the pace of 2022’s fall season fell well below that of the stretch between 2019-2021. The demand curves all start somewhat the same, but the lackluster nature of 2022 was apparent after a few weeks. As far as buyers were concerned, what’s the rush? Interest rates were high, and discounts were low.

As 2022 fades out, the amazing shift in market tenor from high to low is evident. The record highs of pending sales in January slowly faded to bottom-of-the-pack performance.

The focus of the recovery narrative was centered around buyers. By now, the myriad reasons for purchasing a home over the last couple of years are well known: more space, low interest rates, and rising prices. The unsung hero in both the rise and fall of the market is supply.

On the way up, as demand increased, supply generally did not. This created a sense of scarcity. New listings were hotly contested, and buyers became urgent. Note that over the last ten years, only 2021 and 2022 have shown a drop in supply from January to February, when supply typically starts building in anticipation of the busy season to come. Tight supply is advantageous to sellers because their listing tends to get star treatment, but the slow drip of product helped to extend the market’s run and kept buyers from fully capitalizing on the leverage they expected.

Oddly enough, that’s exactly what happened in 2022, except, as shown above, there were far fewer buyers this year. Yet, inventory contracted at nearly the same pace, if not slightly faster than most years. This lack of listings suggests a waning interest among would-be sellers. After all, for many sellers, a sale is a prelude to a purchase. Prices remained sticky, so any would-be sellers would essentially be trading down at this point — hence, no urgency.

As for prices, a look at the median resale condo price per square foot — a good proxy for overall price action — indicates that 2022 presided over a slight decrease in general apartment prices over the year. After reaching recent highs of $1,472 per square foot in the first and second quarters, prices fell slightly to $1,439 in the third quarter as the market shift became manifest.

As this measure is computed using sales that were likely signed into contract several weeks if not months before closing, the 2% drop in the third quarter still contained many sales signed into existence in the second quarter.

Accordingly, many expected the fourth quarter to more clearly show the deterioration in prices as demand shrank. Interestingly though, even as the fourth quarter’s lackluster performance sparked worries about tumbling prices, an early look at price action during the quarter suggests that despite the dramatic drop in sales volume, prices have not been truly adversely affected yet.

Here’s where context comes in handy. Real estate price comparisons are best made year-over-year in order to filter out the volatility of seasonality. As the market heads into the new year with volume running on fumes compared to this time last year, it is doubtful that prices in the upcoming quarters will meet or exceed the high-water mark of $1,472 set during the first and second quarters of 2021. After nearly a year of slowing volume, the first year-over-year price declines may finally show up.

Still, with demand down across the country and many “housing collapse” stories gaining attention, the lack of dramatic price action in New York City hints that housing FUD may be overblown, at least for now, and that likely price declines may be milder than expectations would suggest.

Putting it Together for Buyers & Sellers

As the market heads into its next busy season with low deal volume and weaker prices, inventory may finally begin to build to a point where sellers are forced to compete and buyers have the leverage they have been expecting.

For buyers, this means being patient but ready for action when the right unit comes along. For sellers, this means pricing right from the beginning, or even slightly underpricing, in order to grab attention and corral would-be buyers into competing with one another.

At present, the dialectic of COVID panic and recovery has resolved itself, the stock markets are in flux, interest rates are higher than they’ve been in many years, buyers bought, sellers are staying put, and there may or may not be a recession on the way. All of this goes to say that no one has any idea what will happen in 2023.

But what good would an end-of-the-year piece be without throwing a few darts? Here are a few predictions for the year ahead:

But overall, if there’s one thing for sure, it is that the real estate market of 2023 will write its own story — and likely won’t resemble the markets of the preceding few years.

My Stock Dropped Over -20% – What Should I Do?
Bulgarian Businessman Loses Half a Million Dollars to Call Center Crypto Fraud
Hedge funds rush to unwind bets on falling markets as stocks surge
Stocks making the biggest moves after hours: Pinterest, Chegg, Take-Two Interactive and more
China’s real estate crisis isn’t over yet, IMF says