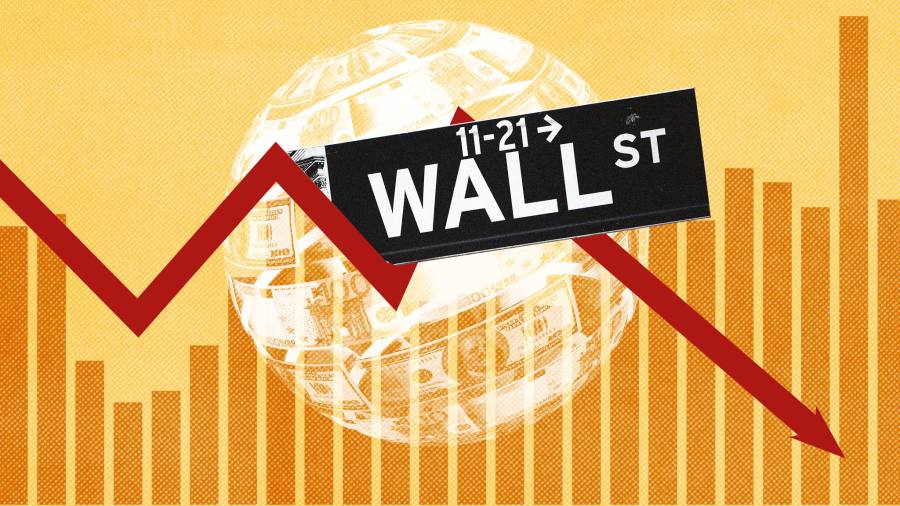 Global dealmaking suffered a record fall during the second half of this year, as rising interest rates and economic uncertainty brought a period of frenzied activity to an abrupt close.

Mergers and acquisitions worth $1.4tn were announced during the six months to December, according to data provider Refinitiv, down from the $2.2tn agreed in the first half of 2022. It was the biggest swing, from one six-month period to the next, since records began in 1980.

The slowdown was the result of sharp interest rate rises, in the wake of rising inflation and the war in Ukraine, hitting confidence in global markets and increasing the cost of financing. Junk bond markets all but froze up, complicating private equity firms’ ability to fund deals.

Mark Sorrell, co-head of global M&A at Goldman Sachs, called 2022 “a tale of two halves” as a lack of cheap financing stalled the M&A market after the summer.

The number of megadeals worth more than $10bn fell sharply during the year, with 25 signed in the first half but just 11 in the second.

“Financing for M&A is there, but it’s a much [higher] cost and it’s not available for all issuers,” said Sorrell.

The M&A slowdown ends a frenzied period in 2021 when dealmaking soared to record highs, fuelled by coronavirus pandemic-era stimulus measures and emergency rate cuts. Still, the total volume of deals this year was higher than in 2020.

“I didn’t go into 2022 thinking it was going to be 2021,” said Steve Arcano, global head of the law firm Skadden’s transactions practices. “2021 really was an exceptional year, you can’t have record years every year”.

Direct lenders such as Sixth Street Partners have stepped into the void left by banks, providing billions of dollars in debt financing to back deals such as Advent International’s takeover of satellite operator Maxar Technologies.

In some cases, investment firms have bought debt to fund their own transactions, such as Elliott Management’s purchase of bonds backing its takeover of television ratings provider Nielsen.

Banks that had agreed to finance dozens of mega-buyouts by private equity firms during more benign conditions remain on the hook for the cash on the terms they struck when agreeing to underwrite the deals. That has limited their ability to finance new transactions.

Elon Musk’s $44bn acquisition of Twitter was the most high-profile deal to turn sour, leaving banks waiting until next year to offload $12.7bn of debt related to the purchase.

Dealmaking this year fell by 39 per cent in the US and Europe. In the Asia Pacific region it fell by 33 per cent.

Dealmakers have been put off by increased regulatory scrutiny, particularly in the US where antitrust watchdogs have promised to crack down on private equity firms and Big Tech. That has raised doubts over whether some agreed transactions — including the largest deal of the year, Microsoft’s $75bn agreement to purchase video game maker Activision Blizzard — will complete.

The sale of sports clubs is one area where dealmaking remained buoyant. A record $4bn deal for the NBA’s Phoenix Suns and Mercury basketball teams in December was the latest in a string of record sales of professional sports teams this year, which included the National Football League’s Denver Broncos and football’s Chelsea FC and AC Milan.

Private equity-backed buyouts slowed but many firms have raised large funds that are yet to be fully deployed. Some are making smaller acquisitions and hoping that larger buyouts will become easier next year if debt markets open up.

Private equity groups are also taking longer to deploy their funds, according to Christian Sinding, chief executive of EQT. “The typical cycle has been three years, recently it’s been closer to two years because it shrinks in very hot times, but it could now extend beyond three years again,” he said.

Alison Harding-Jones, head of M&A for Europe, the Middle East and Africa at Citigroup, expected dealmaking in 2023 to be “driven primarily by corporate activity” as companies with healthy balance sheets sought to expand.

“People are very busy. High quality strategic transactions, I think that’s going to be the definition of the first and second quarter next year,” she said.

Some advisers said 2023 might also be a year of two halves, as corporate leaders started to accept bids at lower valuations.

“At some point during the year . . . we’ll start building up again,” said Eric Swedenburg, a partner at the law firm Simpson Thacher. “It won’t be right out of the gate in January. I don’t think we’re out of the woods yet.”