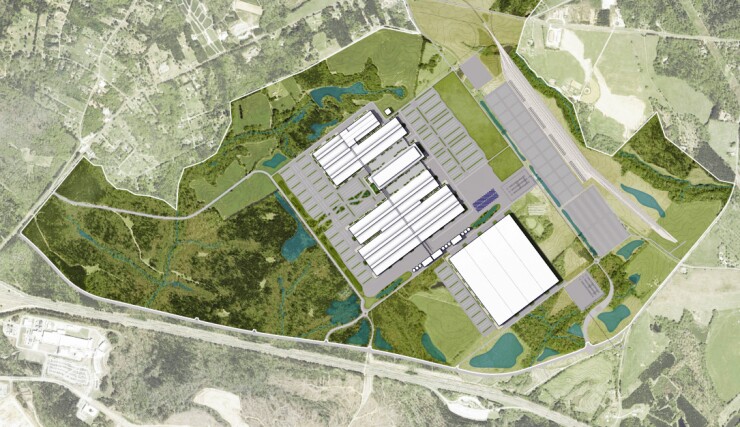 The Army Corps of Engineers approved a wetlands work permit for the land in Georgia where electric vehicle maker Rivian plans a 16-million-foot battery and vehicle production plant.

Over the last few months, the Corps and federal and state environmental agencies led a review of Rivian’s plans for a factory on 2000 acres of rural land in Jasper and Morgan counties for compliance with the Clean Water Act.

A state financing incentive package is still held up in court after opposition from residents who sued to block validation of up to $15 billion of revenue bonds that are part of the state’s plan to make the Rivian parcel exempt from property taxes.

But approval of the permit, which allows the “discharge of dredged or fill material into navigable waters at specified disposal sites,” according to the application, clears the way for wider construction to begin, even without those funds for the time being.

According to JoEllan Artz, who is leading the group of residents opposing the bond validation, preliminary construction and land moving began months ago, as contractors made “rolling agricultural property” flat in preparation for new structures.

Until now, however, workers “couldn’t get near the water,” she said. “There’s a lot of wetland on the property,” Artz said. “Hundreds of acres.”

That is now opened up for full redevelopment with approval of the permit, and Artz said her group was working to prepare additional lawsuits to stop construction.

The plan’s financing package, hammered out earlier this year between Rivian, the Georgia Economic Development Commission, and the Joint Development Authority for Jasper, Morgan, Newton, and Walton Counties, is currently tied up in court after Artz and fellow residents successfully opposed validation of the $15 billion in bonds in October. Ocmulgee Superior Courts Chief Judge Brenda Holbert Trammell ruled that authorities had failed to prove the “economic feasibility” of the plan among other things.

The state and JDA filed two separate appeals to the decision in November .