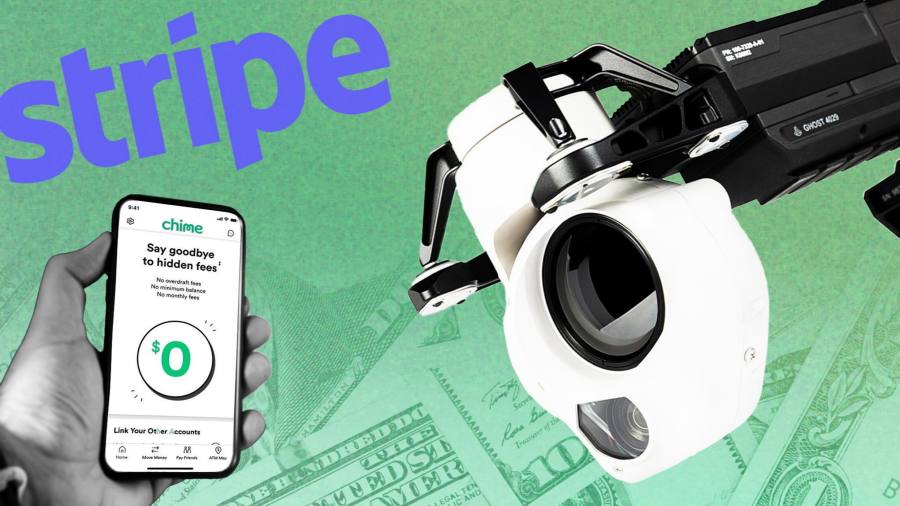 Silicon Valley workers are rushing to offload stakes in tech start-ups through private share sales after a wave of job cuts, compounding a collapse in valuations.

Employees of embattled tech groups are flooding secondary markets — where stakeholders in a private company sell shares to third parties — as the industry’s former darlings such as Klarna and Stripe have been forced into aggressive cost-cutting measures, according to brokers and investors.

For many workers who have lost their jobs, their shares vest within 60 days, forcing them to sell during the worst downturn in a decade. Some companies are offering an extension on this timeframe, according to brokers, although some sellers want to get out of their holdings over fears the market rout will get worse next year.

“We are seeing an inflow of people being laid off trying to sell their shares,” said Greg Martin, managing director of Rainmaker Securities, which facilitates private securities transactions. “These companies have built their headcounts up so much, so there are a lot of people highly motivated to get a sale done.”

Martin added: “In general, we are seeing a 30 to 80 per cent decline in price from a year ago.”

The uptick in sellers is pushing down the price of many tech start-ups, adding to concerns of an industry-wide reset in valuations of fledgling companies as rising interest rates and faltering public technology stocks filter through to private markets.

The rout means it has become increasingly hard to assess a current price for many start-ups. Most have avoided raising money from venture capitalists this year out of fear that they would be forced to accept a lower valuation, leaving few solid indicators of how the wider slump has affected them.

Meanwhile, the informal private secondary markets handled by dealers such as Rainmaker are often highly illiquid, further complicating attempts to come up with an accurate “market” value.

The head of one tech venture capital fund in Silicon Valley said he had received 10 times more offers to invest in companies through secondary share sales this month than usual.

Multibillion-dollar businesses such as fintechs Klarna, Chime and Stripe, ecommerce group Instacart and autonomous delivery group Nuro, have cut 10 to 30 per cent of their staff in the past two months. They have mirrored moves by public tech giants: Facebook parent Meta and Amazon have both announced plans to cut more than 10,000 jobs in recent weeks.

Data from Rainmaker showed that shares in Anduril, a defence artificial intelligence company backed by Peter Thiel’s Founders Fund and Andreessen Horowitz valued at $8.5bn, traded at $16.95 per share on secondary markets in November, down from $31.50 in March.

Shares in SoftBank-backed Chime Bank, which was valued at $25bn when it last raised external capital in August 2021, have lost a quarter of their value since then on secondary markets, trading at $60 per share, according to the most recent data.

“The number of sellers is a lot more, and the number of bidders is a lot less, which is pushing price down and making it more aligned with multiples and valuations in public markets,” said Rainmaker’s Martin.

However, trading in many of these companies showed a return to, or an improvement on, pre-pandemic prices, following a significant jump in valuations during a VC fundraising boom in 2021.

The head of one VC fund said valuations in his portfolio had collapsed, but from record highs. “Valuations have got out of whack, but they got out of whack on the way up too. Yes, the stock is ugly and it was much higher, but in the context [of several years] it is not too bad,” he said.

A collapse in fundraising for initial public offerings, which has dropped to its lowest level in two decades, has also forced some tech groups to create structured liquidity programmes for employees to sell off chunks of shares, often alongside a large cut to the company’s own valuation.

Companies that had planned to go public this year are “scrambling to find lending options or selling shares on the secondary markets”, said Kevin Swan, a specialist in private markets at Morgan Stanley’s workplace financial solutions business.

Swan added that start-ups were under pressure from an employee and investor base that had expected to cash out through blockbuster stock market debuts this year but have been forced to move with no IPO on the horizon.

In other cases, tech employees “are becoming concerned that their options are underwater and [the company is] not going public anytime soon”, said Glen Kernick, Silicon Valley leader at Kroll, which provides valuation services to start-ups.

“Buyer demand increases when companies are getting close to an IPO or are correlated to when a company raises a funding round . . . but both of those have been pushed out,” said Kernick. He added that these issues over price meant some companies had gone as far as restricting secondary share sales for existing employees.

Many private companies, such as Klarna, Stripe and Europe’s Checkout.com, as well as Instacart, have slashed their internal valuations. Reducing the cost of a company’s equity gives employees scope for further gains in the case of a future deal such as an IPO. Companies have sought to make these moves because, despite the widespread job cuts across tech, there is still a fierce talent war for the best engineers.

Elon Musk’s SpaceX is trying to arrange a sale of mostly employee stock that would value the company at $150bn. The offering at a 20 per cent increase to its previous valuation would help employees and shareholders make strong returns.

The value of a company’s common stock is determined by trading volumes, the price tag placed on its preferred equity by investors, and by the company’s own internal valuation that is typically decided by its board and independent advisers during a “409a” assessment which determines a company’s worth for tax purposes.

The need to create liquidity for employees while holding on to sky-high valuations is a “big tension that will have to be addressed in the next 12 months”, said Ravi Viswanathan, founder of California VC fund, NewView Capital. “Pretty much every company is thinking about it.”