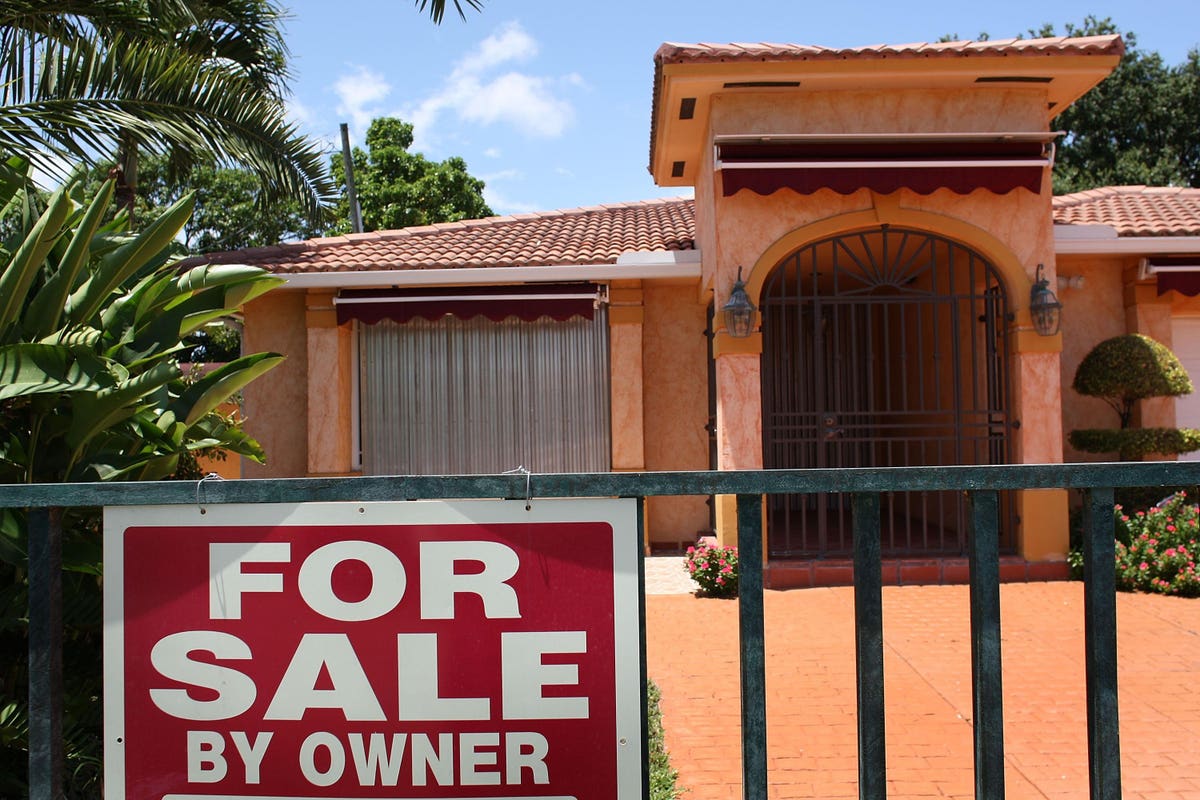 The housing market in the US has had a rough few months. According to the National Association of Realtors, contracts to buy previously owned homes in the US fell a lot more than expected in November – the sixth straight month of decline.

The main reason behind the fall is due to the Federal Reserve raising interest rates in an attempt to curb inflation, which is causing the housing market to almost grind to a halt.

The NAR’s Pending Home Sales Index, which is based on signed contracts, showed that the number of contracts fell by 4% to 73.9 in November. To put that in perspective, contracts are down 37.8% compared to the same time the previous year. Ouch.

Why is the housing market slowing down?

But why is this happening? Well, the housing market is particularly sensitive to changes in interest rates, and the Fed’s aggressive rate hikes have caused borrowing costs to increase significantly. In fact, the 30-year fixed mortgage rate reached 7% in October for the first time since 2002, more than doubling in just nine months.

New mortgages are now a heck of a lot more expensive than they were a year ago, and it’s making potential buyers wary of diving in on such a major purchase.

This sudden increase in borrowing costs has essentially pulled the rug out from under what had been a red-hot housing market, which was fueled by historically low borrowing costs and a rush to the suburbs during the coronavirus pandemic.

The decline in signed contracts means that existing home sales are also certain to fall after notching their 10th straight monthly decrease in November. According to data from the previous week, the annual sales rates of both new and existing homes have decreased by 35% since the beginning of the year, reaching their lowest point since 2011. This represents one of the quickest declines on record.

So, it looks like the housing market is feeling the effects of the Fed’s actions in real-time, and it’s not looking good. NAR Chief Economist Lawrence Yun summed it up by saying, “falling home sales and construction have hurt broader economic activity.”

Where to from here for the housing market?

There’s no getting away from it, the situation is probably going to get worse before it gets better. The Fed has made it clear that they plan to hike rates as much as they need to in order to get inflation back down to the target range of 2-3%.

It has started to come to head back down, but it’s still staggeringly high at 7.1%.

That means we can expect rates to go up further from here, and potentially by quite a lot. For potential homebuyers, mortgages are therefore going to continue to get more expensive. That’s going to mean fewer buyers on the market for homes, which is going to further put the brakes on real estate activity.

And that’s the whole point.

Anyone who expects the housing market to pick up soon will find themselves face to face with the Fed, who are determined to take the heat out and bring down inflation.

After every Federal Open Market Committee meeting, where the members of the Fed agree on where to set the rates, individual members are surveyed on where they see rates 12 months from now.

This is known as the ‘dot plot’ due to the way the data is represented, and the current dot plot shows the median expectation for rates is that they hit 5.1% by the end of next year. That’s still a significant increase from the current level of 4.25 – 4.5%.

What does that mean for potential home buyers?

If you’ve been looking to get on the housing ladder, this change in interest rate policy is likely to have thrown you for a bit of a loop. The houses you’ve been eyeing up probably haven’t come down in price, but the mortgage you’d need to buy it definitely has.

The ongoing pressure on the housing market is likely to cause prices to moderate in the short to medium term. We’ve already seen this start to happen. According to Redfin, the median sale price in May in the US hit $433,425. In May, that’s slid to $393,682.

If interest rate continue to go up as they’re expected to, and home sale numbers also continue to fall, it’s highly likely that prices will keep going down too.

That’s going to take some of the sting out of the rising cost of a mortgage. You’ll still be paying a higher level of interest than you would have been 12 months ago, but if the price of the home you’re buying going down too, then the mortgage might not be as big.

Either way, one of the best ways to help insulate yourself against these sorts of changes is to have a bigger down payment.

The bigger the down payment, the more mortgages that will likely be available to you and the lower your ongoing repayments can be. For those looking to boost the size of their down payment, there are a couple of options you can consider.

Obviously you could try to save more of your income. That’s easier said than done in the era of sky high cost of living. The other alternative is to look to the investment markets in an aim to grow your down payment that way.

Wading into markets right now can be a challenge. It could be a great time to get in, with the major falls we’ve seen, but they could also have further to fall. If you’re nervous, consider adding our AI-powered Portfolio Protection.

This uses AI to analyze your portfolio’s sensitivity to a range of different risk factors such as interest rate risk, overall market risk and oil risk. It then automatically implements sophisticated hedging strategies to help guard against them.

It’s the type of strategy usually reserved for high flying hedge fund clients, but we’ve made it available for everyone. You can add Portfolio Protection to any of our Foundation Kits.