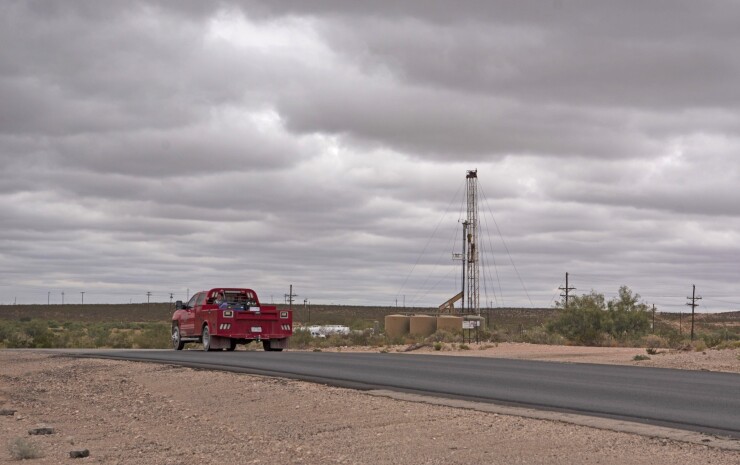 Abundant oil and natural gas taxes are pouring into New Mexico’s general fund, boosting revenue projections and sparking concerns over the fiscal impact of a future downturn in the state’s fossil fuel industry.

The state’s latest consensus forecast lifted general fund revenue for fiscal 2023, which began July 1, $928 million above an August forecast to $10.775 billion. For fiscal 2024, the latest forecast boosted revenue by $1.136 billion for a nearly $12 billion projection.

Revenue from taxes on extracted and sold crude oil and natural gas is booming with flows into the state’s general fund expected to increase from $1 billion in the current fiscal year to $1.3 billion in fiscal 2024, according to the forecast. Federal mineral leases and royalty payments are projected to climb from $1.17 billion to $1.6 billion in the next fiscal year.

For the state’s bonding fund, which covers debt service on severance tax bonds, tax revenue more than doubled to $1.8 billion in fiscal 2022 from fiscal 2021 and is projected to top $2 billion in coming fiscal years.

“Oil price volatility is always a significant risk to the forecast for New Mexico,” Leonardo Delgado, chief economist at the state’s finance and administration department, told a legislative committee Monday.

The general fund’s reliance on mineral-related revenue led consultants from PFM to issue a warning to lawmakers.

“Policymakers need to ride this roller coaster of volatility and it just so happens that right now you’re in that portion of the roller coaster where you’re going up the slope,” said Ryan McNeely, a director in PFM’s management and budget consulting practice. “But as has happened in previous boom times, there will likely be an inevitable bust at some time in the future.”

PFM’s report said the resulting revenue gap would have to be filled by “unprecedented growth” in the state’s gross receipts and personal income taxes against a backdrop of small population gains and low labor force participation. Consultants’ recommendations include restructuring the tax system and diversifying the economy.

New Mexico bonds backed by severance taxes, as well as general obligation debt, are affected by swings in oil prices and production, according to David Hitchcock, a S&P Global Ratings analyst.

“Severance tax debt service coverage is affected directly by mineral-related tax revenue, while about a third of state general fund revenue is affected by mineral-related production, potentially impacting both current state budgets and the amount of fund balances available for appropriation in the following fiscal year,” he said in an email.

“The general obligation rating has also at times been pressured by reduced revenues and reserves, and at times special legislative sessions have been required to make mid-year fiscal adjustments,” Hitchcock said, adding “very strong reserves” help partially mitigate the impact of revenue swings on the state’s GO rating in the short term.

In its forecast, New Mexico projected a general fund reserve of $5 billion at the end of the current fiscal year.

As for a tax restructuring, Hitchcock said that may be politically difficult to implement until a long-term decline in mineral-related revenue has occurred.

New Mexico last issued severance tax bonds to fund capital projects in September with a $293.3 million deal, which was also rated Aa2 by Moody’s Investors Service. Including that issue, the state had $1.242 billion of senior severance tax bonds outstanding dating back to bonds sold in 2015.

Texas was also the number one state for natural gas marketed production in 2021. Oklahoma came in fifth and New Mexico seventh.

Revenue from Oklahoma’s oil and gas production taxes reached a record high of $1.53 billion in fiscal 2022, but is showing signs of slowing in fiscal 2023.

November marked the first month since April that taxes on the commodities fell below $160 million, State Treasurer Randy McDaniel reported earlier this month. Collections of $150.7 million were still 31.1% higher than in November 2021.

“While lower fuel prices at the pump are providing needed relief for consumers, the slowdown in demand and drop in commodity prices will impact collections in the future,” McDaniel said in a statement.

In addition to market volatility, oil and gas production and the tax revenue it generates could be impacted by federal actions.

In a September rating report on New Mexico’s severance bonds, S&P cited the risk of potential changes in federal policy “that could curtail or materially alter production operations in the state over the long term even if indirectly, such as increasing regulations of carbon emissions and an accelerating energy transition to renewable energy that will, over time, exert negative pressure on operating environments for states that have a comparatively large energy production exposure.”

The Permian Basin in western Texas and eastern New Mexico, which the EIA called one of the world’s most prolific oil and natural gas producing regions using unconventional extraction methods, is facing a potential crackdown over pollution by the U.S. Environmental Protection Agency.

Texas officials have been fighting the move, saying it would decrease money flowing into an endowment that supports the state’s biggest university systems and their bonds.