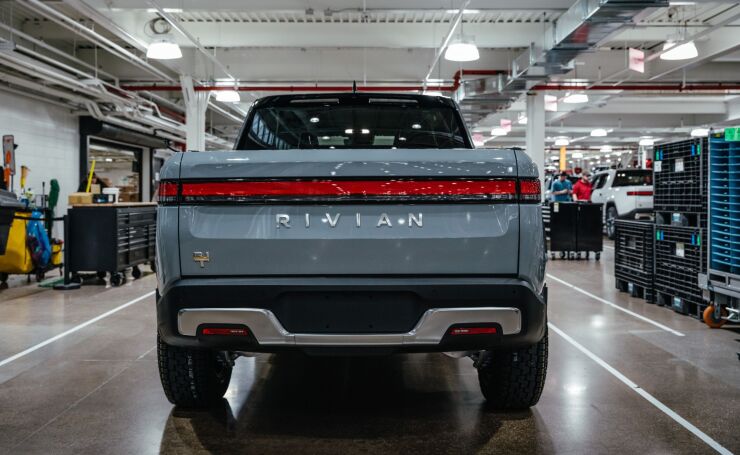 Georgia backers of an economic development deal with electric automaker Rivian are meeting continued resistance from a group of residents suing to stop its planned factory.

In October, a county judge denied validation of the up to $15 billion in payment in lieu of taxes revenue bonds planned as part of the incentive structure for a 16-million-square-foot battery and vehicle assembly factory, agreeing with a list of objections filed by the No2Rivian group that represents eight residents of the rural township less than 50 miles east of downtown Atlanta where the factory would be located.

In November, the Georgia Economic Development Commission and the Joint Development Authority for Jasper, Morgan, Newton, and Walton Counties filed a pair of appeals seeking to overturn the judge’s ruling.

Proponents say the project would create 7,500 jobs and continue to financially benefit surrounding municipalities into the future as the factory churns out Rivian’s electric pickups and SUVs.

In her ruling, Ocmulgee Superior Courts Chief Judge Brenda Holbert Trammell said that state and local authorities failed to consult the proper financial experts and hadn’t proven the “economic feasibility” of the plan nor “the financial wherewithal of Rivian,” which has struggled to ramp up production at its current Illinois factory.

The appeal argues that neither the economic feasibility of the project nor Rivian’s continued ability to turn a profit was in question, and says authorities had consulted experts more than adequately equipped for the job.

One of the more contentious points has been the deal’s bond-financed sale-leaseback structure that lets the automaker rent, instead of buy, the facility and land after purchasing the bonds incrementally through the duration of the project as necessary.

Under the current arrangement, Rivian’s status as a tenant makes it exempt from paying local property taxes, requiring instead the company to make PILOT payments to surrounding counties, amounting to a minimum of $300 million over the first five years of operation.

“The rental agreement expressly does not convey title to Rivian and limits Rivian’s use and control of the property,” the state said in its appeal. That was done to create a property tax incentive with a customized, more beneficial alternative that allows Rivian to avoid ad valorem property taxation, the appeal argues.

No2Rivian filed an objection to the state’s and JDA’s appeals this month, arguing both failed to give “sound, feasible, and reasonable” proof the project would benefit the state and questioned authorities’ continued backing a rental agreement that would cost taxpayers in the end.

“The state contends that the trial court’s determination concerning Rivian’s interests under the rental agreement will hinder economic development efforts across Georgia,” said No2Rivian in an objection filed with Georgia’s Court of Appeals. “It’s an unsupported argument which is intended to stoke emotion, create fear and distract.”

Opponents say the rental agreement could short municipalities nearly $400 million in property taxes Rivian would be required to pay out under normal circumstances.

“The Appellant spends considerable pages extolling the claimed benefits of the project” despite “failing to carry its burden to warrant validation of the bonds,” said No2Riviian. “This failure includes the appellant’s inability to offer evidence to show that the Rivian project would promote the welfare of the local communities in their territory.”