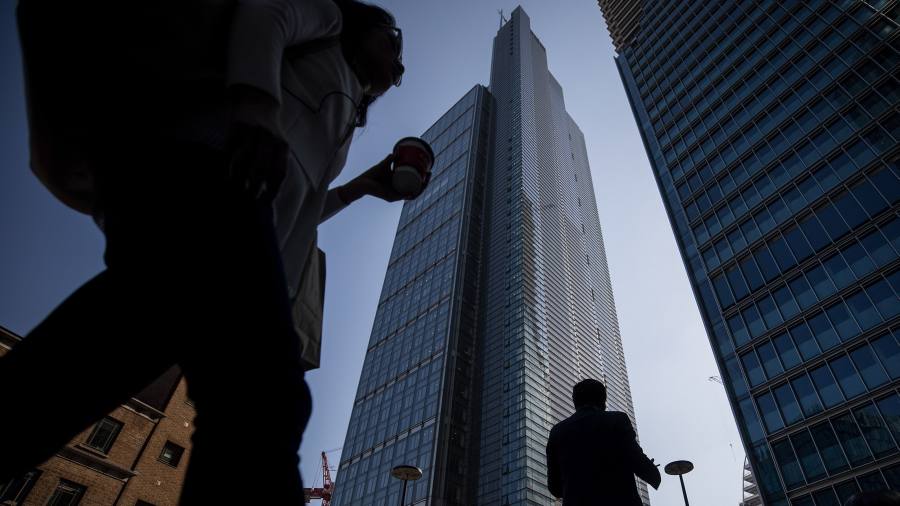 Big Tech groups are ditching offices that are part of their European headquarters as a cooling economy brings the sector’s years of rapid expansion to a halt.

Google’s parent Alphabet, Facebook parent Meta and enterprise software giant Salesforce are among the US technology groups seeking to abandon leased office space in London and Dublin, according to people familiar with the plans.

The moves come as the companies respond to the downturn in tech stocks with cost cuts, including by shedding jobs. The pullback is a new setback for landlords already facing their biggest challenge since the 2008 financial crisis. Office values are tumbling on both sides of the Atlantic because of rising interest rates, an increasingly bleak economic outlook and increased homeworking.

Meanwhile, demands from staff to work remotely during the coronavirus pandemic have turned some tech companies into accidental landlords that are now jostling to sublet surplus space in a challenged property market.

“Walk round any of those [Big Tech] offices and there is a huge amount of space given over to non-fee-generating functions which look very generous,” said Chris Lewis, who advises office occupiers at property company DeVono Cresa. “The amount of space taken was taken by a really ambitious view of headcount.”

Google plans to leave at least one of its London offices — in Belgrave House, Victoria — next year, according to three people familiar with the matter.

Belgrave House is its former London headquarters but Google’s lease across several floors on the building was drawing to an end, these people said.

That move is part of a broader shake-up, with the company intending to move most staff into its £1bn office in King’s Cross which is under construction.

The closure has been accelerated because one in 10 employed Google staff has chosen to work from home permanently, according to a person familiar with the operations.

Google is also exploring subletting or abandoning more of its existing rented office space across London, according to people familiar with the company’s plans.

Meta signed a lease on a 310,000-square foot office in Fitzrovia in central London last year but is now trying to sublet the block without ever having moved in, according to people with knowledge of the deal. The company is also looking for new tenants for hundreds of thousands of square feet in Dublin, Ireland, which it originally intended to occupy.

Such moves mirror efforts in the US, where the company is trying to find tenants for its building in Fremont, California. It has also paused a plan to expand in Austin, Texas, and is instead subletting. Meta has also terminated leases on two of its three offices in Manhattan, New York.

“The past few years have brought new possibilities around the role of the office,” Meta said.

Salesforce, which owns workplace messaging platform Slack, confirmed it will sublet part of a floor in its tower in the City of London.

Amazon Web Services and Microsoft intended to expand in London before the pandemic but have put the plans on hold, according to one office leasing agent in the capital. Amazon and Microsoft did not immediately respond to requests for comment.

It is not clear which approach Twitter will take under new owner Elon Musk, who has laid off almost half of the social media company’s employees but pressed remaining staff to return to offices. Twitter’s real estate vice-president was among those to quit last month.

However, some tech companies that have demanded staff return to offices are seeking to expand.

Snap, which owns Snapchat, closed its San Francisco office in October after laying off 20 per cent of staff in August. However, Snap plans to reopen the office and wants to expand, according to person with knowledge of the moves. The company has told employees to return to the office for at least four days a week

TikTok has enforced a similar working policy, mandating since September that staff be in the office 2 to 3 days a week.

The fast-growing company, owned by China’s ByteDance, is close to completing a deal to occupy the whole of Verdant, a new building close to its London headquarters in Farringdon, according to three people familiar with the plans. It is also increasing its office space in Dublin. TikTok declined to comment.