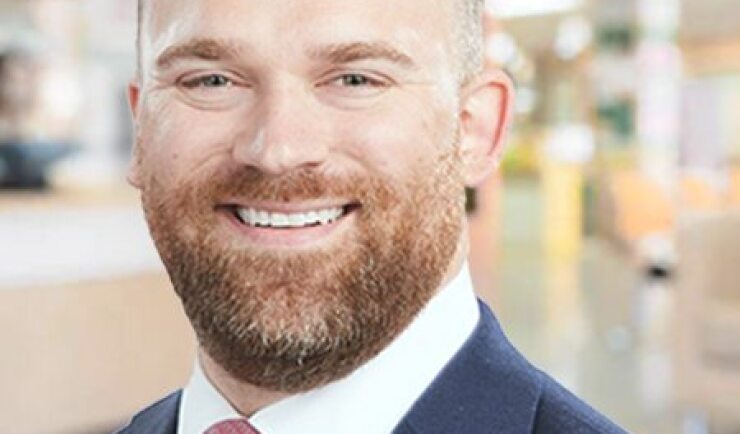 With not-for-profit hospitals preparing to close out 2022 with bruising expense-side wounds weighing on their balance sheet, the bad news doesn’t end there as the outlook for next year has dimmed, rating agencies and other sector followers said.

Kaufman Hall’s monthly tracking of hospital margins showed weaker results for October, making it likely that, overall, the sector will close out the calendar year in negative territory. S&P Global Ratings Thursday moved its outlook on the sector to negative from stable for 2023 and Fitch Ratings said it will maintain the deteriorating outlook placed on the sector in August.

“Record-high expenses across the economy have not eased up, leaving hospitals in a precarious financial position as we look to the end of the year,” said Erik Swanson, senior vice president of data and analytics at advisory firm Kaufman Hall. “With the labor market in the healthcare sector still highly competitive, hospitals are feeling the financial pressure of needing to attract and retain workers with significant increases in salaries.”

Kaufman Hall’s latest National Hospital Flash Report— which tracks more than 900 not-for-profit and for-profit hospitals and systems — underscores the pressures from expenses, staff shortages, and longer hospital stays, with the median operating margin in the red for a 10th straight month. That leaves the year-to-date operating margin index for hospitals at negative 0.5% through October. Operating margins dropped from September and are down 2% from the previous month and down 13% from October 2021.

Healthy investment returns last year also provided an additional balance sheet boost and cushion that helped this year as a perfect storm hit with supply chain disruptions, inflationary pressures and labor shortages, most acutely felt in nursing, driving up costs. while most avenues of federal aid dried up. Investment returns have also shrunk.

“Margins and cash flow recently have at best demonstrated limited sustainability of a post-pandemic recovery and at worst have accelerated to uncharacteristically high losses,” said S&P analyst Suzie Desai. “We do not expect full margin recovery in 2023 and will likely see continued operating losses, albeit at lower levels than 2022, for many institutions. Meaningful improvement will likely take multiple years.”

“Even as inflation is expected to attenuate eventually, labor expenses appear to have been reset at a permanently higher level. Remedying this will take all of 2023, and likely beyond,” Fitch health care analyst Kevin Holloran, a senior director, said in its outlook report.  ”The sector is seeing labor pressures and generationally elevated inflation, compressing margins for virtually all providers.”

The largest single expense for healthcare providers is labor, typically 50% or higher, followed by supplies, which, when including pharmaceuticals, typically 25% or higher. Both remain stressed.

Fitch sees a light at the end of the tunnel. “For providers that suffered significant operational losses in 2022, Fitch believes that break-even on a month-to-month basis should return sometime in 2023, with gradual improvement from there,” analysts wrote. “Others who suffered only modest losses may return to profitability on a month-to-month basis by late 2022 or early 2023. A select few health systems continue to enjoy strong operating margins which is a mark of distinction in the current sector landscape.”

Fitch anticipates that downgrades and negative outlooks will outpace upgrades and positive outlooks. The larger pool of providers, generally the unrated universe, typically smaller and often rural providers, have fared worse than rated hospitals and Fitch believes this will remain the case in 2023.

Ratings have managed to hold up. The majority of credits, 86%, remain stable, but those with negative outlooks did more than double to 7% from 3% year-over-year. Positive rating outlooks remained about the same at 7% compared to 8% the prior year. Affirmations have remained the most common rating outcome and rating actions through Nov. 10th still showed upgrades have narrowly outpaced downgrades.

“This highlights the general resiliency of the sector and built-up financial cushion, but also Fitch’s sector approach throughout the coronavirus pandemic to attempt to limit rating changes until a clear instance for rating action presents itself,” analysts wrote.

A revision to neutral would require demonstrable improvement in labor availability, specifically for nurses. Equity market stability and a return to year-over-year positive returns would also help. Concerted efforts by healthcare management teams to reduce operational losses should curb the rate of downgrades in 2023 but the emergence of a highly transmissible and deadly variant could challenge progress, Fitch warned.

S&P warned uncertainty over near-term performance is more acute than in past years on both the expense and revenue side, with management teams struggling to forecast their 2023 performance.

“In addition to the challenges around expenses, the pace of revenue and volume recovery has many elements of unpredictability. Will lower stimulus funds be offset by patient revenue growth or will patients continue to delay and avoid care?” S&P said.

S&P said other questions also cloud the coming year over whether there will be material shifts in the payer mix on top of the historical migration to Medicare given the aging population, whether patients will continue to seek lower cost care sites, such as urgent care and telehealth or return to emergency departments.

“These questions are unanswered for now, but we do not believe revenue growth or reimbursement rates will fully offset expense inflation in the near term,” S&P said.

Unfavorable outlook revisions that span the rating scale have accelerated for both stand-alone hospitals and health care systems, with two-thirds of unfavorable outlook revisions having occurred in the second half of the year and an increased number of downgrades, 14, since June compared to nine in the first half of the year.  Four were notably multi-notch hits that cut hospitals to junk.

“We expect these trends will continue through 2023 with weakened financial results leading to more covenant challenges, including violations and increased waiver requests,” S&P said. “While a covenant breach alone would not necessarily result in a rating or outlook change, it could cause more rating stress, particularly if it requires collateral posting or triggers an event of default leading to an acceleration of debt.”

Federal help can’t be counted on anymore. “With COVID-19 stimulus funds and other related reimbursement coming to an end, and more governmental and external scrutiny on providers, we don’t expect additional material support to providers despite ongoing pressures,” S&P said. “Broader strategies to generate financial improvement will be critical to maintain rating stability.”

“While many of the recently announced transactions are more strategic in nature, we believe broader efficiency opportunities will rise in importance given the current operating climate,” S&P said. “Separately, some health care systems may try to divest of certain facilities to better focus resources, but with sector challenges, some of those divestitures could be slower.”

While the federal health emergency designation that offers hospitals some salve will continue through the spring, its potential end later in the year could lower the number of individuals covered by Medicaid, straining some hospitals. That concern is partially offset by a few states that recently expanded or will expand Medicaid, S&P said.

A recession in the coming year also could prove a drag on operations although it has potential benefits too. “A recession could improve labor conditions, but we also recognize that other factors such as bad debt, volume shifts due to higher deductible plans, and payer mix changes could negatively influence volumes and revenue for many providers, although these latter indicators generally lag and will depend on the extent and duration of any recession if it happens,” S&P said.