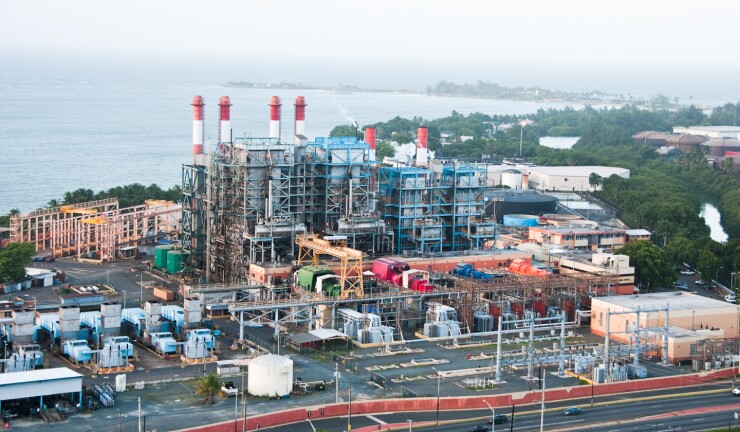 Responding to the Oversight Board’s filing in the lien adversary proceeding, bondholders said their liens extend beyond money in the Sinking Fund and Self-Insurance Fund to revenues generally including future revenues and other money.

Citing the U.S. Bankruptcy Code, which says special revenues remain subject to liens resulting from security agreements entered prior to bankruptcies, they said, since the board agrees the bonds are “special revenue” bonds, this would apply to their claim.

A 2015 PREPA financial statement and an Oversight Board statement in 2017 in a legal case, the bondholders said, both note PREPA pledged gross revenues minus limited exceptions to pay the bonds.

The bondholders said their liens were “appropriately perfected” in the “Authority Act” and Puerto Rico’s Uniform Commercial Code.  But even if they weren’t, the liens would not be avoidable because “no judicial creditor could have obtained a lien on PREPA’s revenues at the commencement of PREPA’s Title III [bankruptcy] case.”

In late October the board called for U.S. District Court Judge Laura Taylor Swain to make summary judgments on seven related counts and the bondholders are arguing that the board has not provided evidence to support those judgments.

The lien adversary proceeding addresses the nature of the bondholders’ and bond trustee’s lien on PREPA’s revenues.

The bondholders have said they are owed $8.3 billion in principal and billions of dollars more in unpaid interest. They have not been paid anything for six years.

Swain is letting the PREPA bankruptcy advance on three fronts: the board is required to propose a multi-option plan of adjustment by Dec. 1, the parties are engaging in mediation, and certain issues, like the lien issue, are being litigated.

The board declined a request for a comment on the bondholders’ filing, saying it will respond in court.