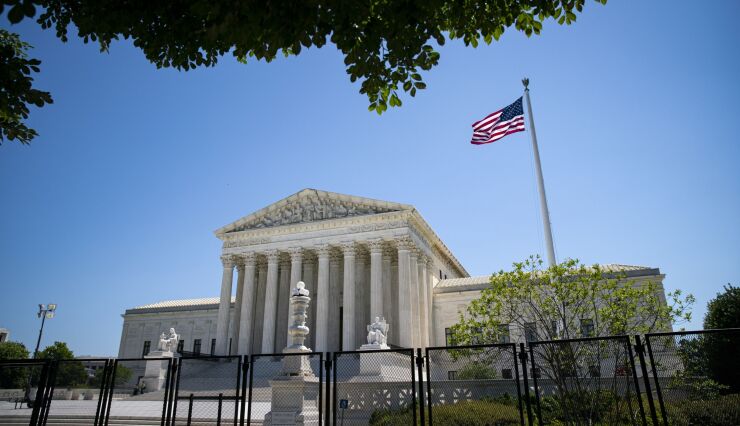 The U.S. Supreme Court declined to consider a teachers’ union appeal of the Puerto Rico plan of adjustment, rejecting the petition for certiorari Monday morning.

The plan of adjustment, which went into effect in March, freezes future accruals under the teachers’ defined retirement benefit plan held by those in the plan prior to August 2014 and eliminates certain cost-of-living adjustments to retirement benefits.

The Puerto Rico Oversight Board said if the teachers had won it would have cost Puerto Rico’s government more than $1 billion to comply with.

The teachers’ loss was “to be expected,” said Puerto Rico Attorney John Mudd.

The teachers groups previously failed to win a stay of the plan, or have the First Circuit Court of Appeals stay the plan, overturn the plan’s treatment of their claims, or hear the case “en banc.”

“The Oversight Board wants to leave us without a dignified retirement and keep us working until our bodies give out,” said Liza Fournier-Córdova, president of Unión Nacional de Educadores y Trabajadores de la Educación, one of the unions in the suit. “It has extended our retirement age, with all the physical and emotional toil that implies, while reducing our pensions to poverty levels. … We will not stop fighting.”

Teachers’ attorney Zoé Negrón-Comas said, “We’re also vigilant about the effect this may have on the Puerto Rico Electric Power Authority’s restructuring process. With the Supreme Court’s decision in their back pocket, we foresee that the board will become more aggressive in its tactic of displacing local legislation, which will be detrimental for attempts to prevent a catastrophic plan of adjustment for Puerto Rico, its people, and its economy.”

The Puerto Rico Oversight Board has said if the credit unions win their attempt to overturn the plan’s treatment of the bonds, the financial impact on Puerto Rico would be lesser than had the teachers won their argument.