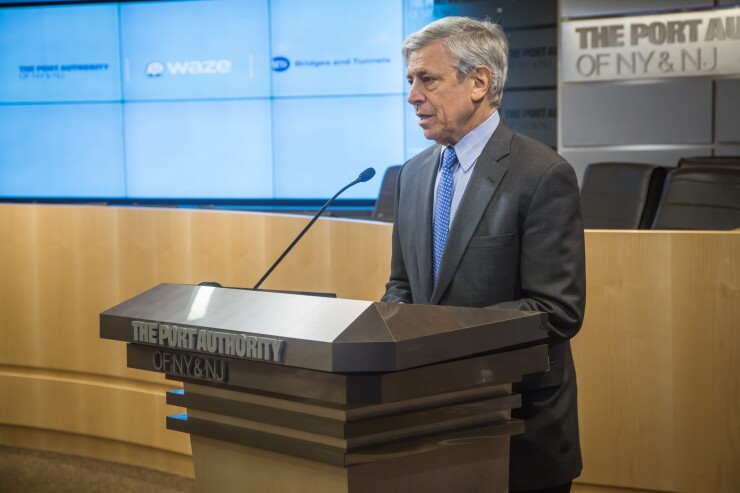 Construction will begin early next year on a public-private partnership to build a $4.2 billion terminal at John F. Kennedy International Airport after the team locked in financing and federal environmental approvals this week.

“This has been a long and difficult road,” said Port Authority of New York and New Jersey Executive Director Rick Cotton Thursday during the authority’s monthly meeting. The port authority and the state partnered with a constortium called JFK Millennium Partners for the project.

The deal – one of four P3s to redevelop JFK – was “ready to go” in April of 2020, Cotton said. Then COVID came along and derailed three of the four projects, including Terminal 6, he said.

Since then, the port authority has worked to get all the deals back on track, Cotton said.

With the Terminal 6 project reaching financial close Thursday, “the financing for this deal is fully in hand; the private partners are fully committed and the port authority is fully committed,” Cotton said.

The $4.2 billion terminal project marks what Cotton called the “final piece” of  an $18 billion redevelopment of JFK, one of the nation’s busiest airports and a top international gateway to the U.S.

The redevelopment will largely be financed with a mix of private debt and equity, with the port authority setting aside roughly $2.9 billion for the overall development program.

The port authority expects to kick in $130 million for Terminal 6, which spans 1.2 million square feet, features 10 gates, and involves the demolition of Terminal 7 and a connection to JetBlue’s existing Terminal 5.

The terminal will be built in two phases, with the first new gates opening in 2026 and project completion anticipated in 2028. The lease runs through 2060.