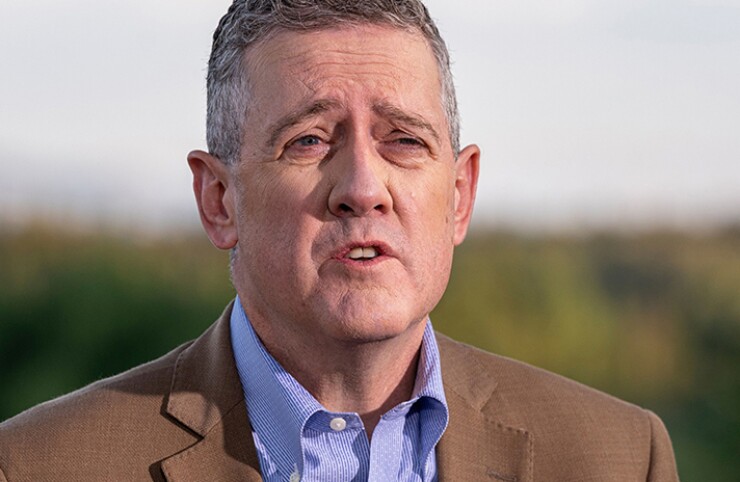 Federal Reserve Bank of St. Louis President James Bullard urged policymakers to raise interest rates further, saying the level will need to be higher to meet the central bank’s goal to be “sufficiently restrictive” to bring down inflation.

Bullard presented charts showing a sufficiently restrictive rate might be between about 5% and 7%, though he didn’t spell out in his prepared remarks what rate level he favored. The calculation used different versions of the Taylor Rule, a popular monetary policy guideline developed by Stanford University’s John Taylor. That compares with the current 3.75% to 4% target level of the Fed’s benchmark rate.

The St. Louis Fed leader, who has been among the more hawkish of policy makers this year, was the latest central banker to call for additional action. The Fed raised rates by 75 basis points on Nov. 2 for the fourth straight time as part of its most aggressive tightening since the 1980s to curb an inflation rate at a four-decade high.

“Thus far, the change in the monetary-policy stance appears to have had only limited effects on observed inflation, but market pricing suggests disinflation is expected in 2023,” Bullard said.

Bullard in his prepared comments didn’t say whether he would favor a 50 or 75 basis-point move at the Fed’s Dec. 13-14 meeting. A number of his colleagues have called for a downshift in the size of the next rate increase following last week’s consumer price report, which showed a softening in core consumer goods inflation.

“It is possible that increased financial stress could develop,” Bullard said. However, the transparency with which these policy rate increases have been delivered, along with forward guidance, “seems to have allowed for a relatively orderly transition to a higher level of interest rates so far,” he said.