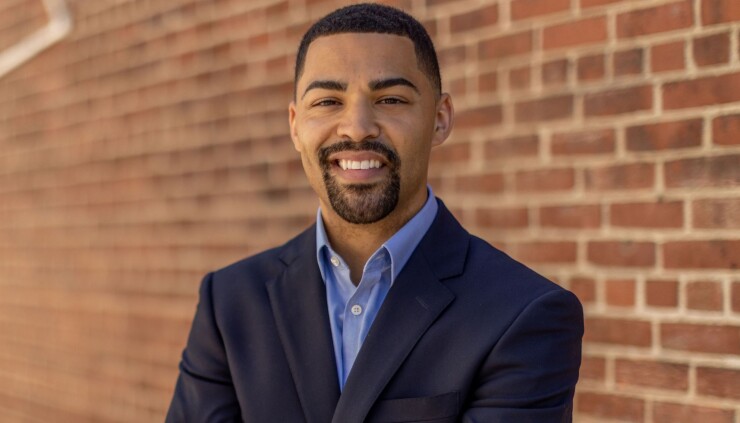 Russell will replace Connecticut State Treasurer Shawn Wooden, who didn’t seek re-election, and Diossa will replace Rhode Island General Treasurer Seth Magaziner, who ran for and won a seat in the U.S. House of Representatives.

Russell, a bond attorney and partner at the Bridgeport-based law firm of Pullman and Comley, defeated Republican opponent Harry Arora, a state representative, with 52% of the vote.

Russell campaigned on building up reserves, managing existing debt, supporting ESG initiatives, and finding viable long-term solutions to the state’s pension funding issues. Connecticut has $41 billion in pension debt at one of the nation’s worst funding ratios in the country, according to a study by Pew Charitable Trust, with the total debt-to-income ratio twice the national average.

“We’re a small state, but when it comes to investments, Connecticut can punch above its weight,” Russell told a crowd gathered at the Democratic headquarters in New Haven in his victory speech Tuesday night. “I’ll search for every opportunity to keep our money right here, in Connecticut, and our businesses and our workers.”

Next door in Rhode Island, James Diossa, the former mayor of Central Falls, bested GOP rival James L. Lathrop, finance director for the town of North Kingstown, in the election for general treasurer, becoming the first Latino to hold that office.

Diossa went into the contest a heavy favorite in the historically blue state and won with 54% of the total vote.

He gained the support of his predecessor, a staunch supporter of increased capital spending by the state.

On the campaign trail, Diossa expressed support for continuing along the path Magaziner laid out, giving a nod to those policies in his victory speech last night.

“Thank you to Treasurer Magaziner, who carved a path forward for our state and set us on a trajectory to succeed financially and economically, he said. “To all those who voted for me,” he added,” I will not let you down.”

Diossa was elected mayor of Central Falls in 2012, taking the reins of the city’s government a year after it filed for Chapter 9 bankruptcy. At the time he was just 27 years old and credited with helping navigate the city back to fiscal stability.

Pieciak, formerly the commissioner of Rhode Island’s Department of Financial Regulation, gained the endorsement of the state’s ongoing treasurer, Beth Pearce, in May, after she announced she would not seek reelection following six terms in office due to ongoing health issues.

Pieciak is the first openly gay person to hold the office of treasurer in Vermont’s history.

How Atlanta’s growing economy burned low-income renters and homebuyers
Defying forecasts, crude oil prices have wiped out most of this year’s gains and could head lower
Why Ross Stores Surged Today
German property market will slow — but no significant correction ahead, central bank says
Sale of Oklahoma senior living facilities sought in bankruptcy