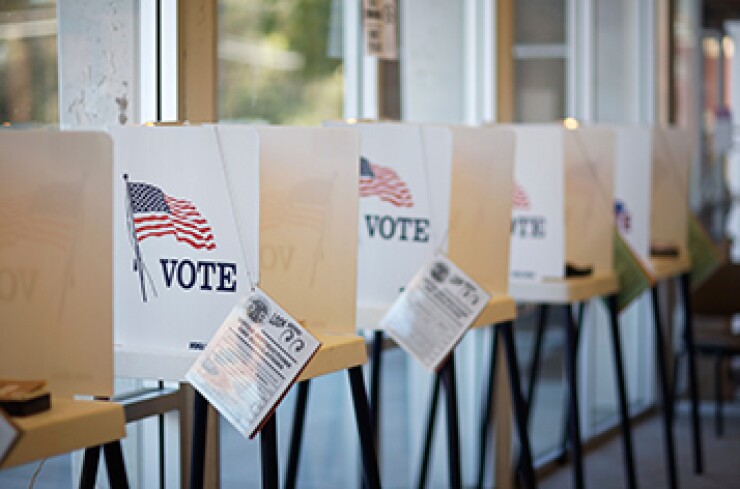 Long Beach USD’s Measure Q, which would provide $1.7 billion for facilities appears to have passed, collecting %7.7% of the vote, with 55% needed for approval.

Houston voters appear to have approved $277 million of bonds for public safety. Waller ISD voters were backing $363.4 million of school bonds with 61% of the vote with three-fifths of the votes counted.

Oakland, California, voters approved $850 million for affordable housing. Berkeley voters did not support Measure L, which would have provided $650 million for street repair, with about 56% supporting the measure, which needed two-thirds of the vote for passage.

Alpine SD, Utah, voters appear to have rejected the $595 million bonds on the ballot, according to KSL radio. Davis County voters appear poised to approved $475 million of bonding, with 56% backing the issuance.