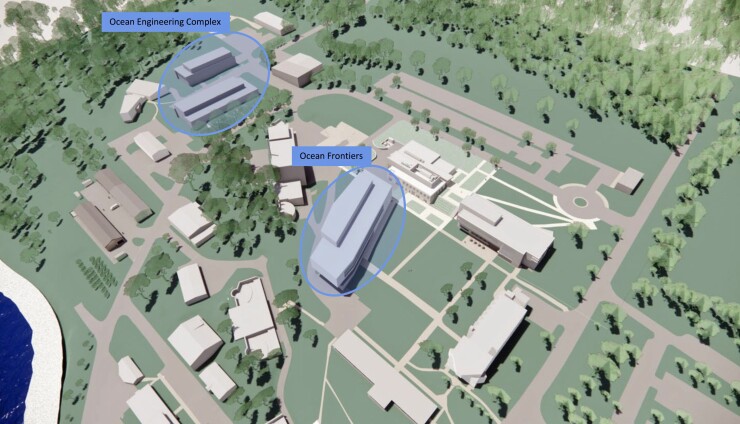 Rhode Island plans to price $227 million of general obligation debt Tuesday in a deal that underscores the state’s capital commitment to education.

The new issuance follows spending green-lit by Rhode Island voters in 2018, when they overwhelmingly voted yes on a $250 million bond measure to finance sorely needed upgrades to the state’s public schools amid a funding renaissance that state officials hoped would set the state up for the educational needs of the future.

The deal pricing Tuesday includes $100 million of proceeds for K-12 schools authorized in the 2018 election.

In less than a month, voters will be facing a similar such proposal.

Along with choosing their governor, treasurer and state and federal representatives Nov. 8, Rhode Island voters will be asked to approve a $250 million state bond measure for K-12 schools, along with a $100 million proposal to upgrade the state university’s oceanographic research and education programs and a $50 million “Green Economy” bond measure to fund a laundry list of recreational and environmental projects.

The bond measures, approved by state lawmakers, are the latest large issuances Rhode Island has sought in the last few years for improvements of its educational infrastructure

After years of neglect, the state hit a heightened pace in its pursuit of funding for education-related capital projects in 2017 following a state task force’s report that concluded every district had schools with critical infrastructure needs ranging from HVAC to heating and insulation, with estimated costs to bring schools up to standard topping $2.2 billion.

According to Kim Mooers, executive director of the Rhode Island Health and Educational Building Corporation, the state began its about-face on funding following the report, doling out $2 billion in financing through a school construction bond program statewide along with issuing bond deals like its latest for $85 million of special obligation bonds for improvements to public schools in the town of Johnston.

The lion’s share of those funds goes towards “bricks-and-mortar construction or renovations,” said Mooers, with a smaller share going towards refinancing and bond redemptions. The application process for schools typically takes two to three months and requires two-stage approval from RIHEBC, said Mooers.

The fiscal year following the critical report, state lawmakers approved the largest annual package of ordinances RIHEBC had seen in decades, with $879 million in approved funding resulting in sixteen separate bond deals, a marked increase from the $300 million approved in 2016, according to annual audits.

Since that turnaround, higher education facilities have also received millions in funds, particularly its three public colleges were likely the greatest benefactors of the renewed spending.

The building was as old as the school itself, constructed in 1958 when RIC moved to its current location in North Providence. Before the recent influx of capital, Clarke was playing host to four different science schools with a plethora of failing utilities.

Today the school has over 7,000 enrolled students and, before the state funds arrived, embodied the struggle the state’s public universities had amid chronic short funding; in a 2010 report, RIC warned about the wide degradation of the school’s facilities, calculating 38% of them were in poor shape and in need of important repairs.

“A significant percentage of the existing building inventory has been evaluated to be in “poor” condition,” the report read. “This problem will require a significant investment in the 2010-2020 planning period to fulfill deferred maintenance needs and renovate facilities to 21st century higher education standards.”

The school pointed towards a chronic lack of financial support from the state for the poor shape of some of its facilities, especially the Clarke building which, back then, was said to need around $19 million to modernize.

The $38 million price tag of last year’s upgrades reflects the continued degradation of the facility over time.

This year’s higher education bond measure would authorize $100 million for the University of Rhode Island to make improvements to science facilities on its Narragansett Bay campus necessary to help it keep pace with competitive educational environment of the future, said school officials.

“This project would support educational and research needs in ocean engineering, oceanography, and other marine-related disciplines,” says the state’s voter information handbook. The bayside campus is seven miles from URI’s main campus in Kingston.

Higher education funding issued by RIHBEC dipped during the pandemic, but has begun to make a turnaround. While the size of the upcoming referendum might be a sign that things are stabilizing, Mooers still worries that the current economic environment may continue to keep those numbers depressed.

“With the rising interest rate environment, the rise in construction materials costs, and the supply chain issues, I think that people’s projects are sort of put on hold.”

According to the voter information guide, if voters pass Question 2, the K-12 bond measure, proceeds will be made available to school districts beginning in 2023, and districts must break ground on their projects within five years of being approved for funding.

Question 3 asks voters for $50 million of bonds for environmental and recreational purposes, including $16 million for municipal resiliency and $12 million for the Roger Williams Park and Zoo.