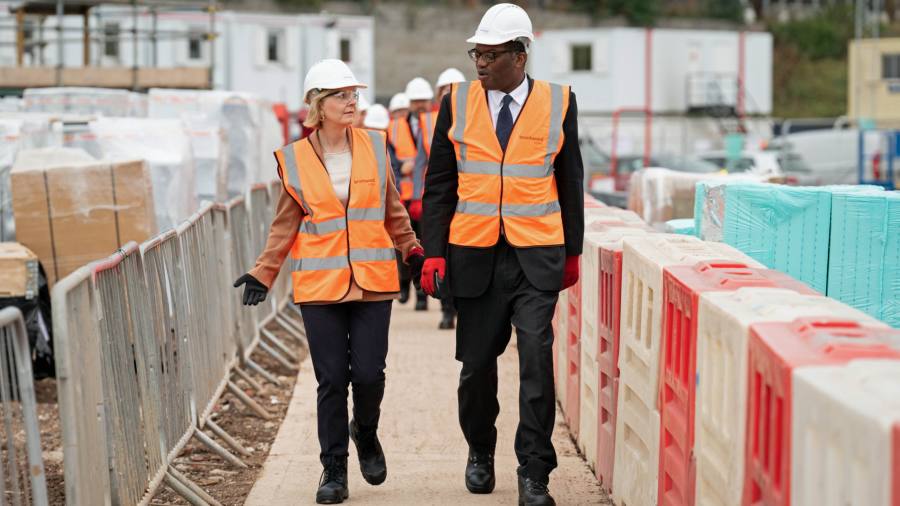 Liz Truss has overruled her chancellor and insisted the UK should not set a limit on the number of applications for low-tax investment zones despite internal Treasury concerns the projects could cost billions of pounds in lost taxes.

The flagship policy designed to turbocharge UK investment is a key plank of Truss’s “dash for growth” but Whitehall insiders said that it had caused serious misgivings in the Treasury.

They added that before September’s “mini”-budget chancellor Kwasi Kwarteng twice tried to persuade Truss to limit the number of zones to 40 — with Treasury officials warning the prime minister the zones could create a tax liability of “up to £12bn” a year — but was overruled by Downing Street.

As a result, the government this week invited all upper-tier local authorities and mayoral authorities in England to apply to host an investment zone if they wanted one.

“The IZs have created a huge potential liability and the Treasury has been trying to demand a cap on the number,” a government insider said. “Kwasi [Kwarteng] tried twice, but was overruled and caved in to Liz who wants them everywhere — 100 or even 200.”

Downing Street denied that the chancellor had been overruled, but said a decision was taken that the number of investment zones would be decided once everyone had a chance to submit an application.

The Treasury declined to comment on internal pre-Budget discussions, but said it did not believe the policy would cost £12bn. “This figure does not reflect the expected costs of this policy,” it said.

Kwarteng has told colleagues there can be “no blank cheques” for the project, insisting the number of zones is capped and that “the bar must be set high” for inclusion in the scheme, which will effectively limit the number, according to Treasury insiders.

In a statement, the department said: “We have been clear that there will be a high bar for investment zones based on the greatest impact on growth, housing supply, value for money, and supporting the regeneration of under-developed areas.”

The massive size of the potential liability from the zones is hanging over forthcoming calculations by the independent fiscal watchdog, the Office for Budget Responsibility, as it prepares a new forecast for the UK economy before November 23.

In her speech to the Conservative party conference in Birmingham on Wednesday, Truss said she wanted the zones to be located in all four nations, promising they would “help businesses realise their ambitions” by cutting taxes and simplifying red tape.

In July, she suggested they would be driven by local demand. “We can’t carry on allowing Whitehall to pick the winners and losers; like we’ve seen with the current freeport model,” she said.

However, Kwarteng is now wrestling with how to make the sums add up, having already announced plans to implement £45bn of unfunded tax cuts demanded by Truss. The investment zone scheme will add to the fiscal hole.

Businesses that set up inside the zones will receive 100 per cent tax relief on investment in new plant and machinery in the first year; 100 per cent business rates relief on new premises and a holiday on employers’ national insurance contributions (NICs) for employees earning less than £50,270 a year.

Jonathan Portes, professor of economics at King’s College London, said that given that around one in six employees, or 5mn people, changed jobs in the UK every year, the offer of a NICs holiday for new starters alone created an enormous potential liability.

“What the Treasury estimate is saying is that unless you target these tax breaks then you could end up paying huge amounts to subsidise economic activity that is happening anyway,” he added.

Initially, the government said that 38 local authorities had expressed in-principle interest in the zones. Councils have now been asked to make formal expressions of interest by October 14.