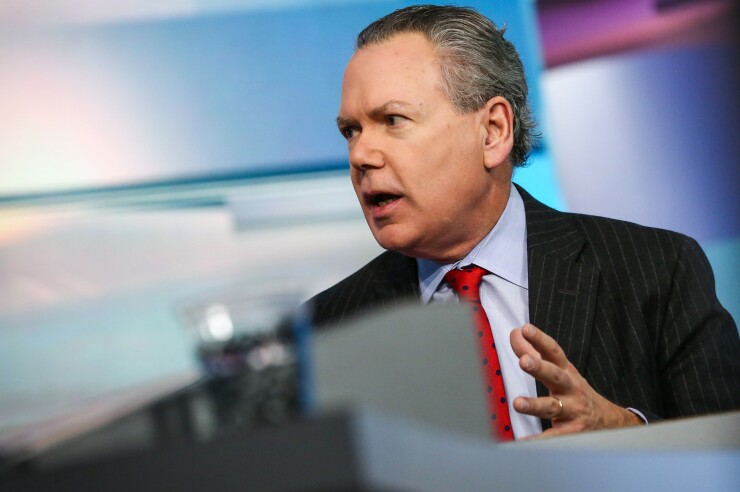 The Municipal Securities Rulemaking Board’s proposed amendments to its Rule G-14, requiring all trades to be reported within a one-minute window, would not provide any material benefits and could cause serious disruptions to many aspects of the market.

That’s according to comments the board received as part of its request for comment on MSRB Rule G-14, which early commenters have already argued would be a nightmare for smaller firms with less internal infrastructure to manage such a flow. The MSRB has 50 comments in response, which is a large number for an MSRB proposal. G-14 currently requires reporting within 15 minutes, though most trades are reported much more quickly than that.

“MSRB staff have informed us they believe a dealer delaying a trade report longer than necessary would be in violation of MSRB Rule G-17,” said Michael Decker, senior vice president for public policy at the Bond Dealers of America. “If it was possible for dealers to report 100% of trades within one minute, they would already be adhering to that standard since the rules explicitly or effectively require reporting as soon as practicable.”

Decker’s comment letter concludes that reducing the trade reporting time would be overly burdensome for dealers to comply with and that “the potential benefits of the proposals are speculative at best.”

“The notices enunciate only the barest of descriptions of the perceived benefits of shortening the timeframe for trade reporting and seem to rely mostly on the argument that because so many trades are already reported within one minute, the requirement can be tightened with little effort or impact,” wrote Bentsen.

“In addition, the notices state that past improvements in trade price transparency have been shown through academic research to improve price discovery and reduce trading costs, without evidence to demonstrate that this particular radical modification is likely to result in measurable improvements to the market,” Bentsen said.

According to Bentsen, a more accurate benefit analysis would focus on the roughly 20% of trades not currently reported in under one-minute, “laying out why and how the more rapid reporting of this subset of trades would result in actionable and more decision-useful information for market participants.”

New MSRB chair Meredith Hathorn has made it a point to look at fixed income market structure as one of her top priorities for the coming year. Bentsen feels MSRB’s current analysis, exemplified in this RFC, is deficient in its failure to recognize that many fixed income trades are executed entirely or partially through means other than automated execution with straight-through processing of trade data to reporting systems.

The unintended effect of shortening trading times without addressing underlying market structure issues “is likely to disrupt liquidity, threaten the viability of personalized negotiation through voice or electronic communications, disproportionately harm smaller market participants and result in new and costly system architecture that will have an important impact on how the industry trades for years to come,” Bentsen wrote.

Others have urged the board and the Financial Industry Regulatory Authority, which is exploring a similar change to its own trade reporting rule, to take a less radical approach.

“FINRA and MSRB should adopt a measured and phased approach with regard to reducing trade reporting times, similar to what each has done over the prior two decades, with a focus on market structure impact and execution quality for market participants,” wrote Sarah Bessin, associate general counsel at the Investment Company Institute.

ICI also expressed concern that the proposal would affect market participants’ ability to transact in large sizes or thinly-traded securities.

Additionally, hampering a dealer’s ability to hedge and allocate risk in this short window would lead to “less willingness by dealers to provide liquidity for large-sized trades or transactions in thinly-traded securities at competitive spreads, thus reducing important flexibility in how fixed income securities are traded.”

SIFMA also believes that the proposed reporting window would heighten the frequency of liquidity queuing and give more power or benefits to algorithmic trading entities.

According to the American Securities Association, FINRA and MSRB have not properly identified or explained a market failure or evidence of investor harm to justify the proposals.

“MSRB and FINRA should consider the significant amount of resources that broker-dealers already expended over the last fifteen years to be able to report trades within this window,” wrote Kelli McMorrow, head of government affairs for ASA.

Many respondents have urged the board to drop the proposal entirely.

“We are concerned that significant regulatory changes – particularly when based upon incomplete assumptions – would be harmful to investors and threaten the participation of small and mid-sized broker-dealers in these markets,” McMorrow wrote. “Accordingly, the MSRB and FINRA should drop the Proposals in their entirety.”

Wells Fargo said it supports the board’s effort towards greater transparency in fixed income markets but feels the current proposal is a significant acceleration, and certain exemptions should be put into place.

“We recommend that FINRA and the MSRB create an exception to any accelerated trade-reporting requirement to facilitate the timely reporting of trades executed by broker-dealers that are subsequently allocated to sub-accounts of a registered investments advisor that is part of the same legal entity,” wrote Nyron Latif, head of operations for Wells Fargo Wealth and Investment Management and Todd Primavera, head of operations for Wells Fargo Corporate and Investment Bank.