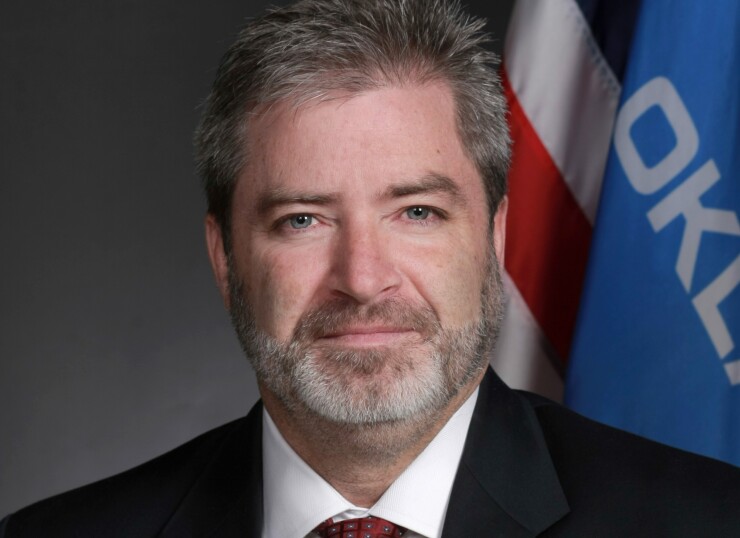 As the Oklahoma Turnpike Authority battles in court for the ability to issue bonds for a $5 billion, 15-year project that includes toll road extensions, state lawmakers are taking a closer look at its operations and giving opponents the opportunity to publicly air their concerns.

Southwest states, including Oklahoma, are attracting residents and businesses and new or expanded highways and toll roads are being proposed to accommodate that growth and ease congestion. But property owners in the path of these projects, as well as environmental groups, mass transit advocates and others, are pushing back hard.

Opposition to road projects is not new, according to David King, an assistant professor at Arizona State University who specializes in transportation planning.

Oklahoma’s Senate Transportation Committee launched an interim study on the OTA last week with Chairman Sen. Rob Standridge saying the focus was how legislative oversight might work after the project known as ACCESS Oklahoma “came as a bit of a surprise” for some residents.

“What we want to do is try and look to see how we can make that maybe not happen in such a surprising way and maybe work more smoothly with the citizens in those communities,” he said.

Gov. Kevin Stitt officially unveiled ACCESS Oklahoma, for Advancing and Connecting Communities and Economies Safely Statewide, in February, calling it “a bold investment in our future that provides needed corridor connections and expansions while making travel easier and leading to more economic development across the state.”

Tim Gatz, Oklahoma’s transportation secretary and turnpike executive director, told the Senate committee the project is predicated on recognized needs that would otherwise have to be paid for with taxes instead of toll revenue.

“The needs are tremendous but we have to continue to find ways to move our citizenry around metropolitan areas and that’s where the turnpike authority has been able to help fill some of those transportation needs over history,” he said.

In its presentation to the committee, the turnpike authority said it receives no state appropriations and noted that about 40% of tolls on its 2,357 lane miles of turnpikes are collected from out-of-state motorists.

Robert Norman, an attorney representing Pike Off OTA, homeowners and businesses in one of two lawsuits filed against OTA, said public input for turnpike projects should be required, as well as sunset provisions for the agency’s legislatively approved authorizations.

“This is about the rule of law, representative democracy, and individual liberty,” he said. “We are supposed to be governed first and foremost in Oklahoma by a legislature, not by an executive agency with no guardrails.”

Norman also reminded the committee the Oklahoma Republican Party, whose members control the legislature and governor’s office, adopted a platform supporting a moratorium on additional turnpikes until existing ones pay off their bonds and are converted to state freeways — something that hasn’t happened since the turnpike was created in 1947.

Both legislative chambers this spring passed versions of a bill requiring OTA to conduct a study on the proposed construction of road extensions passing through the city of Norman and present a report to top state officials at least one year prior to issuing bonds.

The bill would have also allowed the legislature to modify authorization for construction or location of OTA extensions. An agreed-upon version of the measure did not emerge from a conference committee.

Other speakers before the transportation committee called for a constitutional amendment allowing a special election for affected property owners to approve turnpike projects, limits on bond issuance and toll increases, and the end to cross pledging, which allows OTA to use revenue from busy turnpikes to subsidize underutilized ones.

Hundreds of homeowners and businesses filed lawsuits in Cleveland County District Court in May seeking to block certain toll road extensions included in the project that would negatively impact their property.

OTA petitioned the Oklahoma Supreme Court in August to validate $500 million of second senior lien revenue bonds and to accept original jurisdiction for the lawsuits.

The Oklahoma Council of Bond Oversight approved the debt in August subject to the lawsuits’ dismissal or resolution in OTA’s favor and Supreme Court validation of the bonds.

While the high court held a hearing on Sept. 14, the lawsuits remain in district court, with one judge setting a December trial for a challenge based on alleged Open Meeting Act violations on the part of OTA that left property owners unaware of its plans.

The other lawsuit from Pike Off OTA claims the turnpike authority lacks legislative authorization to issue bonds to build three extensions.

In its Supreme Court brief, OTA said it has been issuing bonds for turnpike projects since 1950 and has received validation for bonds on 12 occasions from the court, which never has disallowed any of its debt.

Amy Cerato, a civil engineer and impacted homeowner, told the Senate committee the routes make no sense from an engineering or environmental standpoint and urged lawmakers to act ahead of any bond sale.

The turnpike authority, which had about $1.7 billion of outstanding revenue bonds at the end of 2021, wants to sell $450 million of bonds to initiate funding for the ACCESS plan, along with $50 million of refunding bonds, as soon as December. Its board approved up to $1 billion of debt in June.

Wendy Smith, OTA’s finance and revenue director, acknowledged in a March interview with The Bond Buyer that a one-notch rating downgrade to A-plus was a possibility given the amount of bonds that would be sold for the ACCESS project.

Projects in other Southwest states face stiff opposition as well. The Texas Department of Transportation kept a widening of Interstate 45 in its record $85 billion, 10-year statewide roadway construction plan released in August that assumes the issuance of $2 billion of Texas Mobility Fund bonds.

After complaints were filed alleging discrimination against Houston’s minority residents in the path of the project, the Federal Highway Administration last year told the state to pause the project pending its review under Title VI of the Civil Rights Act of 1964.

“It’s a really poor use of taxpayer funds, it’s a community destroying project, and the right-of-way required to do something that won’t be successful more than five years when it’s done is just appalling,” said Michael Moritz, a co-organizer at Stop TxDOT I-45, which is a part of a broad coalition of groups seeking to halt or alter the project.

The Arizona Department of Transportation said growth in population and employment was driving the need for development of an I-11 corridor when it intervened in a lawsuit filed in federal court in April by environmental groups opposing the project.

Is Alibaba Crazy for Buying into Groupon?
Why Ross Stores Surged Today
UK ready to relax ringfencing rules on some banks
Mortgage rates fall for the third straight week, but demand still drops further
$15.5K retest is more likely, according to Bitcoin futures and options