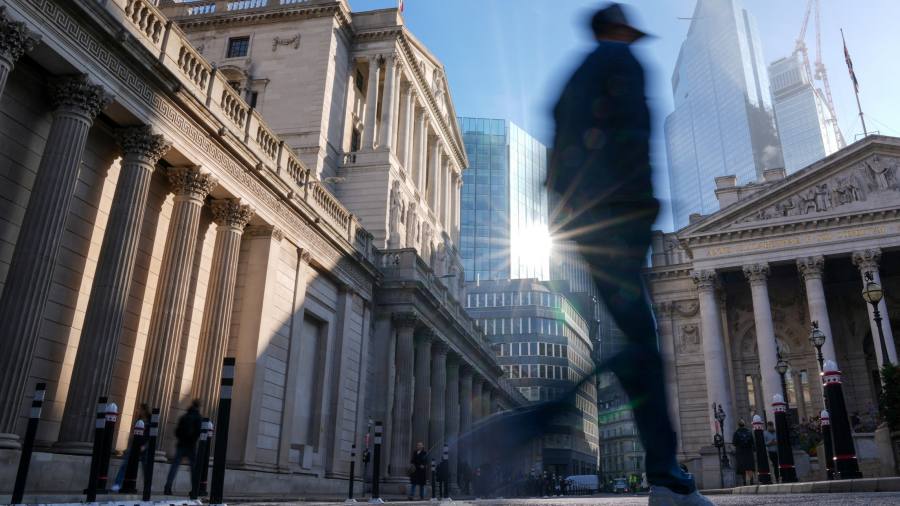 UK pension schemes are dumping stocks and bonds to raise cash and seeking bailouts from their corporate backers as the crisis in the industry rages on a week after the government’s “mini” Budget.

Most of the UK’s 5,200 defined benefit schemes use derivatives to hedge against moves in interest rates and inflation, which require cash collateral to be added depending on market moves.

To raise the funds, pension funds sold assets — including government bonds, or gilts — causing prices to fall further. The Bank of England stepped in to buy gilts on Wednesday, stabilising the market, but the pension funds are continuing to sell assets to meet cash calls.

“There’s a lot of pain out there, a lot of forced selling,” said Ariel Bezalel, fund manager at Jupiter. “People who are getting margin called are having to sell what they can rather than what they would like to.”

He said the BoE’s intervention had helped to bring down yields in longer-dated bonds but other assets such as corporate bonds remained “under pressure” because pension schemes were “having to liquidate paper”. He added: “We’re seeing really quality investment grade paper coming up for grabs . . . names like Heathrow, John Lewis, Gatwick, BT — solid fundamentals — to raise cash.”

High-grade corporate bonds denominated in sterling have come under severe selling pressure, with yields soaring 1 percentage point since the UK fiscal package was announced to 6.58 per cent, according to an Ice Data Services index. Yields have jumped 1.63 percentage points this month in the biggest rise on record.

Christian Kopf, head of fixed income fund management at Union Investment, said the €416bn asset manager was able to scoop up sterling-denominated debt, such as Telefónica bonds, “on the cheap”. The Telefónica debt matures at the end of this year, meaning it is very low risk, and yet was priced at a discount due to “panic selling by [UK] pension funds”, he said.

“Some people have lost money, but it was our gain,” Kopf added.

Ross Mitchinson, co-chief executive of UK broker Numis, said: “There has been the forced selling of everything — equities as well as bonds.” The UK’s domestically focused FTSE 250 has fallen more than 5 per cent this week.

Some managers of the so-called liability-driven investing strategies are demanding more cash to fund the same derivatives position in a dash for safety. The largest managers include Legal and General Investment Management, BlackRock and Insight Investment.

To fund the collateral calls, some pension schemes have resorted to asking employers backing their plans for cash. Outsourcing group Serco provided £60mn after a request from pension trustees, according to a person familiar with the matter, a highly unusual move for a well-funded corporate scheme. Sky News first reported the move.

Andrew Lewis, finance director of aerospace group Chemring, said the company’s pension fund had sold its entire equities holding three weeks ago in anticipation of trouble. “We saw gilt yields nudging up . . . and you never want to be a forced seller of a liquid asset at depressed valuations. We sold our entire equity holding as we predicted there would be margin calls on the LDI.”

While some schemes continue to rush to raise cash to fund their derivatives positions, others have had the positions terminated by LDI managers, including BlackRock, leaving them exposed to further moves in rates and inflation.

Natalie Winterfrost, a professional trustee with Law Debenture, said: “There are definitely schemes that were forced out of the game. There are a material number of schemes that will have ended up unprotected, with many more fully unhedged. If gilt yields fall further then their funding positions will deteriorate.”

Simeon Willis, partner at XPS Pensions Group, said: “There could be many hundreds of schemes that have had their hedges reduced or removed. This means their funding positions are now much more vulnerable than they were a week ago.”

Although pension funds are still rushing to react to the extreme market conditions, the situation is still calmer than before the BoE’s intervention in the market this week.

However, many are worried about what would happen after the central bank’s burst of bond-buying, which is due to end on October 14.

David Fogarty, of Dalriada, a firm of professional trustees, said: “We as a firm continue to be worried that as the clock ticks down to the end of the BoE committed intervention that we could see a replay of events and are determined to try to make sure that the chaos that ensued at the beginning of this week is not repeated.”