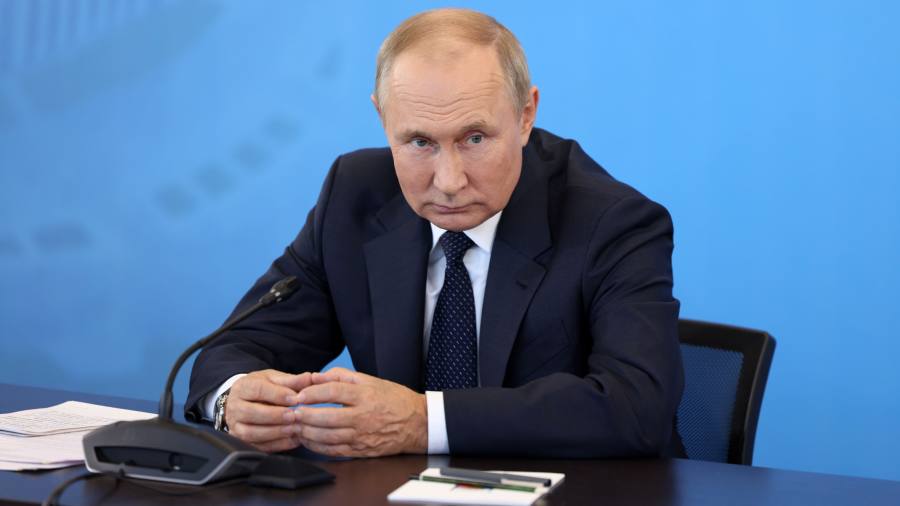 Western capitals are making contingency plans should Vladimir Putin take steps towards acting on his threats of nuclear attacks against Ukraine and are sending private warnings to the Kremlin about possible consequences, according to western officials.

The Russian president’s nuclear warnings are “a matter that we have to take deadly seriously,” White House national security adviser Jake Sullivan told CBS on Sunday.

“We have communicated directly, privately at very high levels to the Kremlin that any use of nuclear weapons will be met with catastrophic consequences for Russia, that the United States and our allies will respond decisively, and we have been clear and specific about what that will entail,” he said.

While they believe Putin’s threats are unlikely to materialise and do not signal a formal shift in the Kremlin’s nuclear strategy, Kyiv’s allies are increasing nuclear vigilance and deterrence, according to five western officials who spoke under the condition of anonymity because of the sensitivity of the matter.

“If he thinks the threat is going to intimidate Ukraine into capitulating or giving up 20 per cent of its territory, or intimidate the rest of us away from helping Ukraine, the opposite has happened,” one US senior official said.

Two other western officials said that a nuclear strike against Ukraine would be unlikely to spark a retaliation in kind but would instead trigger conventional military responses from western states to punish Russia. One of them said: “There are a lot of red lines and they are probably not in the place where [Putin] says they are.”

The west’s assessment is that Putin’s warnings that he is “not bluffing” about launching nuclear attacks on Ukraine are designed to regain momentum after Russian setbacks on the battlefield. These threats come as Moscow prepares to annex occupied territories in eastern and southern Ukraine following referendums hastily staged by Kremlin proxies.

Putin’s plan appears to frame the war as a defensive conflict after claiming those regions part of Russia, officials and analysts say. The Russian president has accused the west of “nuclear blackmail” and claimed without evidence that Ukraine is developing weapons of mass destruction to threaten Moscow.

Under Russia’s nuclear doctrine, this could justify the use of nuclear weapons to protect the country’s territorial integrity.

“We have our own military potential. If anyone thinks that we won’t use it if there is a serious threat, then they are mistaken,” said Dmitry Novikov, deputy chair of the foreign affairs committee in the Duma, Russia’s lower house of parliament. “And if you’re ready to use these kinds of weapons, we won’t let ours get rusty.”

If Putin resorts to nuclear weapons, the most likely scenario might be that he would test or use a tactical nuclear weapon — a smaller, more targeted device designed to be used on a battlefield — to deter the west from supporting Ukraine, officials and analysts said.

US president Joe Biden has said that if Putin uses nuclear weapons, Washington’s response would be “consequential . . . depending on the extent of what they do will determine what response would occur”.

Three of the five officials said that Nato member states have also communicated that message privately to Moscow, highlighting the scale of the response that any use of nuclear weapons would trigger. They suggested this threat of retaliation would continue to be the best deterrent.

“We’ve done similar private messaging, even more precise about the impact it would have in terms of Russia’s pariah-state status, and our response,” the senior US official said.

The US had also discussed scenarios with the Ukrainians about possible nuclear use and walked through “protection and safety”, the official added.

The logistics of deploying nuclear weapons is complex, time-consuming and would be easily picked up by western intelligence satellites. That means that Putin can intensify the nuclear threat by taking several steps before getting to the point of actually using the weapons. It would also allow the west to adjust its preparedness.

“Russian nuclear weapons are staged in hardened shelters across the country . . . The process of transitioning to readiness, mating warheads to delivery platforms, would generate a great deal of observable phenomena for US intelligence,” said Simon Miles, an assistant professor at Duke University’s Sanford School of Public Policy. “And, an opportunity for Washington to make it explicit to the Kremlin just how bad an idea that would be.”

While Putin could gradually mobilise the Russian nuclear arsenal by ostensibly moving weapons and people, this is a step upon which he did not follow through after previously making nuclear threats, according to analysts.

“Putin would much rather threaten to use nuclear weapons and get concessions than actually use them,” said James Acton, co-director of the nuclear policy program at the Carnegie Endowment for International Peace.

Russia’s poor co-ordination of its conventional military units since the start of its invasion of Ukraine suggests that nuclear strikes may not materially change the outcome on the battlefield, some military experts also said.

“You need some kind of integration with your conventional forces, whether you want to stop an attack or advance. They haven’t really demonstrated they can do that,” said Pavel Podvig, a senior researcher at the UN Institute for Disarmament Research.

Russia’s mixed record of conventional strikes against Ukrainian infrastructure also indicated that a nuclear attack could go awry, he said.

Ukrainians “could shoot down a [nuclear-armed] cruise missile, or a cruise missile could go astray and could hit a residential building. There is a risk of that kind — considerable uncertainty about the success of a strike.”