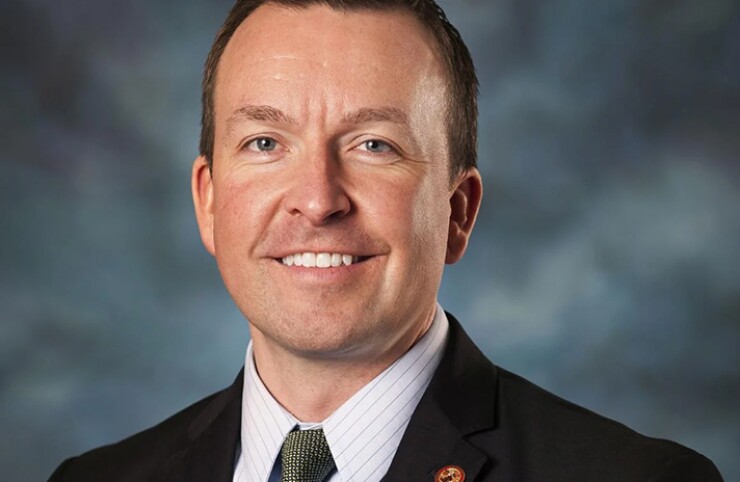 Illinois basked in a brighter fiscal picture as it met with the buy side this week than it did at its last event in 2019 when its ratings sat on the verge of junk, but investors still fret over how the state would weather a potential recession and its prospects for further progress.

Illinois’ top fiscal managers held the in-person and online event to lay out a state-of-the-state on finances and take questions ahead of a $700 million competitive general obligation sale set for Wednesday.

The sale proceeds will fund capital projects, with $140 million going toward the state’s ongoing pension buyout programs aimed at lowering unfunded liabilities. The state this year extended the pension buyout program deadline through 2026 and raised the borrowing authorization to $2 billion from $1 billion. With the upcoming sale, the state will have tapped $1.15 billion.

The deal comes as the market is mired in ongoing bond fund outflows and rising rates amid Federal Reserve actions aimed at reining in inflation. The state’s spreads, while still narrow compared to peaks seen in 2017 and then during the early days of the COVID-19 pandemic, widened 10 basis points to a 133/139 bp spread to Municipal Market Data’s AAA benchmark from the 123/129 bps in the middle of the previous week.

In its favor, the state heads into the market with a fresh round of spring upgrades. “We are on the strongest financial footing in the state’s recent history,” Andy Manar, deputy governor for the budget and economy, told the 150 participants that included a mix of investors, bankers, and other market professionals at the meeting Wednesday.

“We really have worked hard during this strong stretch here of economic performance over the last 18 months or so to really kind of address some of those lingering debts we inherited coming in in 2019 and have tried to make sure we are saving for the future through permanent revenue streams and the budget stabilization fund while also providing some tax relief,” said Office of Management and Budget Director Alexis Sturm who presented along with Manar and Capital Markets Director Paul Chatalis.

Like most states, Illinois’ tax collections surged last year at the same time it was receiving its share of ARPA funding — about $8 billion — which the state used to make headway on several of its longstanding chronic sore spots including paying down a bill backlog that peaked at nearly $17 billion in 2017.

The barren rainy day fund received a $1 billion infusion this year and the state also directed an additional $500 million toward its burdensome $139.9 billion pension tab. The progress lifted the state’s ratings to BBB-plus from Fitch Ratings and S&P Global Rating and an equivalent Baa1 from Moody’s Investors Service. The latest upgrades followed several last year but it remains the lowest-rated state.

The state is now two notches above its low point reached during a two-year budget impasse — due to the clash between then Gov. Bruce Rauner, a Republican, and the Democratic leadership of the General Assembly — that ended in July 2017.

The state also is drawing new revenue from sports wagering, recreational cannabis sales, and through closing corporate loopholes that have helped “shore up the state’s finances” as well as generated “hundreds of millions of dollars for local governments,” Manar said.

The finance team also stressed that in the latest update of U.S. Census figures the state gained population, reversing initial census information that had reported a loss.

And while investors are watching for revenue weakness, Sturm noted, for the first couple of months of the new fiscal year revenues are tracking above budget. The $46.4 billion fiscal 2023 budget was built on conservative economic estimates anticipating a 7.8% drop in revenues, knowing that the Federal Reserve was taking aggressive action to slow the economy in order to down inflation, Sturm said.

The revenue forecast will be updated this fall when the state releases an annual five-year forecast and Illinois will need to consider the slowing economy on out-year projections, Sturm said.

The massive pension burden weighs most heavily on the balance sheet, how the state would fare through a recession and whether it would remain disciplined or revert back to one-time maneuvers used by prior administrations that leave the state with a pile of bills weighs on investors.

“It’s a sale pitch and they have made a lot of progress” on building reserves and paying off bills but have a “long way to go on the reserves” in order to reach the 10% to 15% range like other states, said Howard Cure, director of municipal bond research at Evercore Wealth Management LLC.
Illinois’ rainy day fund would need to more than double just to hit the 5% mark. ”They’ve shown some discipline” in how they used ARPA and tax surpluses “but have they really structurally changed how they operate and will they have the discipline if there’s a recession,” said Cure, who participated remotely. He’d like to have a seen a more in-depth discussion of the state’s economic prospects.

Ahead of last Wednesday’s Fed meeting, Ceffalio said he found “Illinois spreads attractive for investors that are willing to accept volatility. The state’s credit has continued to improve this year and there is still ratings upside.”

Questions
The state’s capital program authorized $20 borrowing and the state has so far tapped about $4 billion. The timing of future sales will be driven by project need, Sturm told the crowd in response to questions about future borrowing.

Borrowing to fully wipe out the state’s federal loan for unemployment insurance could be in the mix. The state directed $2.7 billion of its ARPA funds to pay down the loan used to cover an unemployment trust fund deficit due to pandemic-related job claims but $1.8 billion remains.

“The state continues to consider options for repayment of the remaining $1.8 billion, which could include the issuance of bonds authorized by the Illinois Unemployment Insurance Trust Fund Financing Act,” reads the offering statement. The bonds would not carry a GO pledge and would require legislative authorization.

The rainy day fund, the team said, will see ongoing deposits of 10% of cannabis revenues or about $30 million annually and a future monthly deposit of $3.75 million beginning next July. “I would not be surprised if you saw proposals in the future that would reflect additional deposits beyond what we have today,” Manar said.

Asked about the impact of steep investment losses on the pension tab, Sturm noted, the state smooths results over five years in its actuarially assessment, so losses will be muted just as healthy returns were last year.

Participation in the two buyout programs has ranged from 1% to 26% among the three state funds eligible.

In the latest rating reports, all highlighted the state’s strides but also the ongoing pressures that make reaching the single-A category more challenging.

“If the state continues to improve pension, OPEB, and BSF funding levels, while shrinking the statutorily created structural deficit without experiencing meaningful deterioration in other credit factors, we could raise the rating,” S&P said. “Although not required for us to consider an upgrade, a return to a more abbreviated audit-release period would be in line with that of higher-rated peers.”