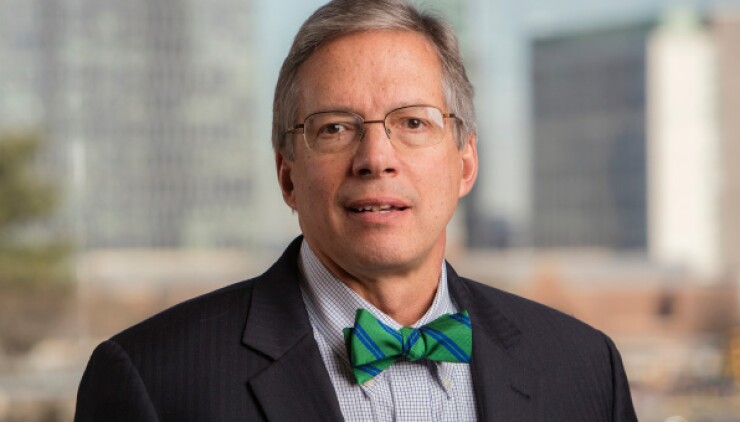 Inflation remains a worsening issue for the Federal Open Market Committee, analysts said, questioning whether anyone really has a handle on the issue.

“The Fed is still running behind the curve as inflation widens” to more goods and services, said Sebastien Galy, senior macro strategist at Nordea Asset Management, noting, as such a full point rate hike can’t be ruled out.

“The problem for the Federal Reserve is that it knows no more where the end of this rate hiking cycle [is] than we do, though it tries to set one to calm expectations,” he added. “The models it uses are simply too primitive and disagree with each other.”

Alternative measures of inflation, including the median consumer price index and the trimmed mean CPI hit highs in August, noted Scott Anderson, chief economist at Bank of the West. “The message from these alternative measures of core inflation suggests the Fed’s inflation problem may actually be getting worse, continuing to spread more broadly across the economy.”

This will make it tougher for the Fed to get inflation sown to its 2% target rate, he said. “Bottom-line, the Fed has more work to do on price inflation and will ignore any collateral damage that may occur in employment and economic activity for the rest of the year and into 2023.”

Anderson sees the Fed raising rates 75 basis points this week — leaving rates in a range between 3% and 3.25% — and a half-point each in November and December, with no more raises in 2023. But, he added, “we do see more upside risks for additional Fed rate hikes than downside risks.”

Investors don’t have faith the Fed will navigate a soft landing, said Bryce Doty, senior vice president/portfolio manager of Sit Investment Associates. “Fear of the economically crippling effects from the Fed raising rates too high and reducing their balance sheet too quickly is dominating market action.”

They see “a hard landing,” he added. “Fed Chair [Jerome] Powell is only looking at how quickly the Fed can bring down employment through demand destruction without considering the negative impact labor shortages that are driving up costs for everyone.”

Fed members expecting unemployment to rise at least a full point. “No wonder the yield curve is inverted so sharply; bond investors see the writing on the wall and expect the Fed to have to back track rates as soon as the second quarter of next year,” Doty noted.

But 75 basis points or 100 is “the big question,” said Steve Skancke, chief economic advisor at Keel Point. “The August inflation data won’t change the Fed’s hawkish mood on combating inflation but broadening disinflationary pressure pushing inflation expectations back towards normal levels might be enough to keep the Fed on track with a 75 bp rate increase,” he said.

The chance of a full point increase is “low,” he said, since the economy and consumer spending are slowing.

With the Fed already at a “neutral” rate level, a three-quarter-point hike “will be a big move into restrictive policy,” and going bigger “would be an unnecessary risk to breaking an economy that so far is bending successfully in the direction the Fed is pushing,” Skancke added.

Further, a full point hike “would signal a Fed fear that inflation has become uncontained and” suggest an “even more aggressive policy response,” he added.

But Morgan Stanley Chief U.S. Economist Ellen Zentner, in a note, said, “We can’t say with certainty where the short-run neutral rate of interest lies. But without hesitation we can say that it is higher than today.”

While the Fed “needs to do more,” she wrote, the fast pace of rate hikes carries risks, especially how the economy will respond. “The labor market tends to be slow-moving, but we have no experience with interest rate changes of this magnitude and activity could come to a halt faster than expected,” she added. “While the Fed has acknowledged this possibility, the evolution of the chair’s hawkish stance suggests that he is willing to take the risk. Over the past six months, his rhetoric has moved from quite confident that the Fed can engineer a soft landing, to hopeful, to less confident and, finally, to accepting the possibility of a downturn.”

The Fed is waiting for evidence its actions are having the desired effect, Zentner said, looking past this week’s meeting. The Fed will get only one round of data before its November meeting, “not enough to establish a trend.”

This creates uncertainty for the November hike. “The Fed will ratchet down the pace of rates hikes,” Zentner said. “Whether that happens as soon as November is unclear.”

With inflation remaining “stubbornly high,” it lifts the chances of a 100-basis-point move, said KC Mathews, co-chief investment officer at UMB Bank, but “a 75 bp hike is almost a certainty.”

Inflation, he said, appears to have peaked, while economic activity slows. August CPI was lower than July’s, but not as low as expected. “We don’t think one data point should increase the Fed’s hawkish position,” he said.

While Powell has said there will be “some economic pain,” Mathews noted, “aggressively hiking rates may inflect more pain to the economy and financial markets than is necessary.”

By raising a full point, the Fed would be suggesting its hikes this year have “had a limited impact on controlling inflation and slowing economic growth,” he said. “We don’t think this type of move is priced in the financial markets.”

While expecting a three-quarter-point hike this week, with hints for another half- or three-quarter-point increase in November, Arthur Laffer Jr., president of Laffer Tengler Investments, said, “We would be surprised if the Fed announced a 100 bp increase” at this meeting.

First, he said, it would be a surprise, plus “it would not be in line with a material change in the trajectory of inflation numbers over the past two months.”

Inflation remains “very elevated,” but seems to be slipping from its peak.

“A 100 bp hike would be a material negative surprise for markets and would indicate that the Fed is much more concerned with inflation than they have expressed publicly or in the minutes of FOMC meetings.,” Laffer said.

The CPI numbers “solidify the odds of a third consecutive ‘unusually large’ rate increase,” said Gary Pzegeo, head of fixed income at CIBC Private Wealth U.S. “The Fed may find some comfort in the deceleration of core goods prices, but further acceleration in food, shelter and health care should lead them toward a more restrictive policy rate at a faster pace.”

The market now expects a terminal rate near 4.5%, he noted, and the Fed will have “to keep rates higher for longer in order to reduce demand and address with the stickier components of inflation.”

As such, Pzegeo expects these changes to be seen in the dot plot. “Financial conditions remain somewhat easy and could give the Fed room to lean toward the tighter side of rate expectations.”

“August’s punchy core CPI report was a game-changer,” said David Page, head of macro research at AXA Investment Managers. “While we expect this to be temporary and a more subdued core to emerge again in September, the Fed would not want to take a chance at this stage, nor to be seen to take chances with inflation expectations still very much at the heart of the Fed’s thinking.”

Initial signs of “decelerating activity” will become more prominent by yearend, Page said, “and expect a mild recession to have begun.”

However, he noted, “the risks of the Fed continuing to have to tighten further are very much skewed to higher rates.”

The “key question,” said Subadra Rajappa, head of U.S. Rates Strategy Societe Generale, is “will the Fed recalibrate to the market?” While the numbers on the dot plot “might get pushed up again,” she said, “material changes to growth and inflation forecasts might not be warranted.”

“With rates now set to be 75 bp above long-run neutral, we think Fed Chairman Jerome Powell may provide some guidance around terminal fed funds but … emphasize that the ultimate level will be subject to the behavior of economic data.”

Phil Orlando, chief equity market strategist at Federated Hermes, said it will take “years” for inflation to drop back to 2%. Therefore, he expects a three-quarter point hike this week followed by half-point increases at the next two FOMC meetings, lifting the fed funds rate to 4%.

But the 2/10 yield curve is inverted by 0.41%, noted John Hancock Investment Management Co-Chief Investment Strategist Matt Miskin, “nearly the most inverted of the cycle and” the largest inversion since 2000.

“Historically speaking, the Fed has usually stopped further rate hikes either before inversions or at least within months of inversions of the yield curve,” he said. “Perhaps this time is different but overtightening of the Fed will have lagging effects on the global economy that will be felt well into 2023.”