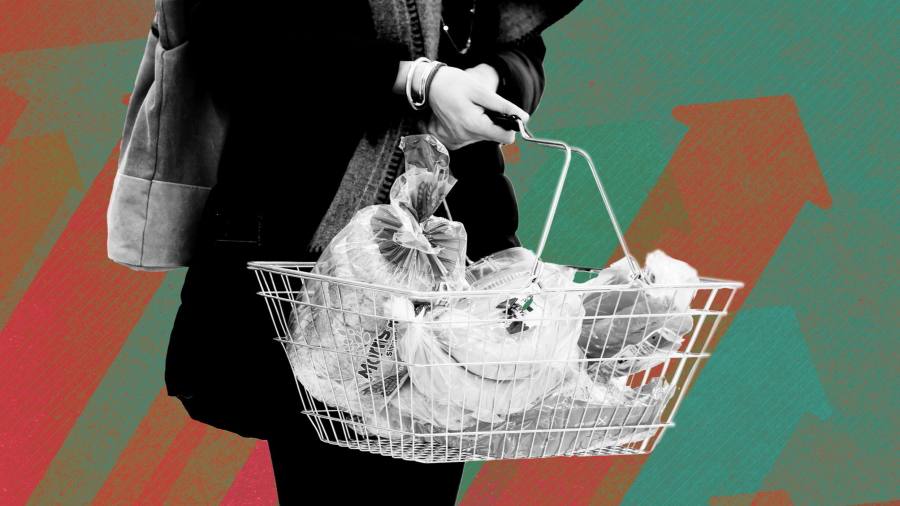 The UK’s rate of inflation eased back into single digits in August on the back of lower petrol prices, providing some relief to households as they go into winter.

The headline consumer price index was 9.9 per cent higher than a year earlier during the month, down from a 40-year high of 10.1 per cent in July, the first decline in the inflation rate for almost a year.

The UK’s inflation rate was still the highest in the G7 in August and economists said a continued rise in underlying inflationary pressure would maintain pressure on the Bank of England to raise interest rates.

The figures were better than expectations of a small rise to 10.2 per cent, and economists now expect the inflation rate to hover at the low double-digit level during the autumn, rather than rising to more than 15 per cent.

The better outlook for inflation is a result of Prime Minister Liz Truss’s plan to spend up to £150bn to protect consumers from huge energy price rises in October, capping the typical annual household bill at £2,500 rather than let it rise to £3,549.

In August, the main reason for the dip in the headline inflation rate was a drop in petrol and diesel prices. A litre of petrol fell from an average price of £1.90 in July to £1.75 during the month, reducing the inflation rate in that category from 43.7 per cent to 32.1 per cent.

Core inflation — excluding the more volatile food, alcoholic drinks, energy and fuel prices — edged higher from 6.2 per cent in July to 6.3 per cent in August.

It is this increase in pressure on prices in goods and services, excluding prices that are most influenced by volatile oil and energy prices, that will worry the Bank of England, on top of the increase in consumer spending power that the government’s energy support and prospective tax cuts will bring.

Paul Dales, chief UK economist at the consultancy Capital Economics, said: “Overall and core UK CPI inflation haven’t peaked yet . . . As such, the Bank of England will have to continue turning the screws.”

Economists expect a 0.5 percentage point increase when the bank’s Monetary Policy Committee meets next week, with its official interest rate expected to rise from 1.75 per cent now to at least 3 per cent by the end of the year.

Kitty Ussher, chief economist at the Institute of Directors, a lobby group, said: “The fact that the falling headline rate is due to changes in the price of petrol and diesel . . . means today’s news is unlikely to alter expectations of a rise in interest rates when the Bank of England meets next week.”

With petrol prices falling back but food inflation rising, the Resolution Foundation think-tank said the figures showed cost of living pressures on poorer families were still rising. Jack Leslie, a senior economist at the foundation, said: “High inflation is set to be with us for some time, particularly for low-income who continue to be hit hardest by high prices.”

Other figures released by the ONS showed the effects of falling global oil prices helping industry, with the first monthly fall in producer costs and output prices for almost two years. Input prices were still 20.5 per cent higher in August than a year earlier.