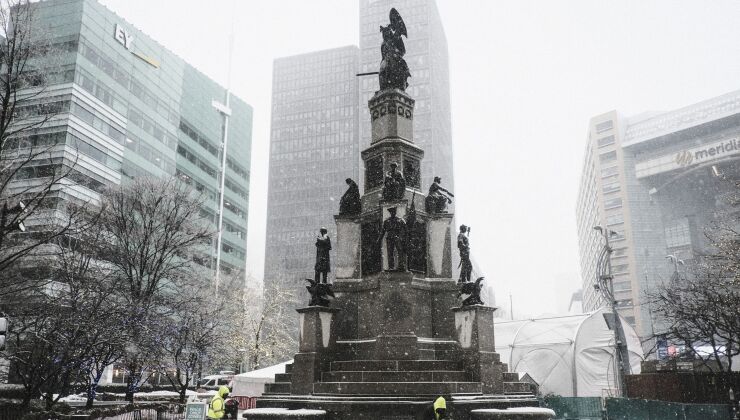 Detroit’s revenue picture brightened on the strength of income tax collections, development projects in the works, and a boost in state revenue sharing, but a potential recession and gaming trends cloud the projections adopted this week, the city said.

The city now expects to close the current fiscal year with a $41 million, or 3.6%, surplus with general fund collections totaling $1.187 billion compared to February estimates. Income taxes, state revenue sharing and property taxes all are on the rise.

Recurring revenues next year were revised upward by $27 million, or 2.3%, to $1.214 billion, driven by higher expected income taxes as the local economy’s recovery from the COVID-19 pandemic progresses. More modest growth of about 1.6% continues through fiscal 2027, according to the updated forecast.

“The estimates proposed today are higher, based on our stronger collections concluding the previous fiscal year, Detroit’s continued economic growth and stability and revenue sharing increases provided in the state budget enacted in July,” said city Budget Director Steve Watson. “However, economic uncertainty and the future of gaming behavior remain substantial risks to the revenue forecast.”

The potential slowing of casino revenues, prolonged high inflation, a worsening economy from a potential recession as the Federal Reserve tightens monetary policy with rate hikes to tamp down inflation, remote work trends that cut into income tax collections, and future state and federal budget actions could drag down revenues and put the forecast at risk.

“There is a lot of uncertainty currently even in interpreting the data. We do need to remain vigilant to this ever-changing landscape,” said George Fulton, director emeritus of the University of Michigan’s Research Seminar in Quantitative Economics, who is a voting member of the city’s revenue and economic estimating conference.

While risks loom that could drag down the forecast, additional development projects and the potential for further increases in state revenue could bolster the city’s future prospects as the conference members described the current projections as “conservative.”

The city’s finance team and officials from the University of Michigan laid out the new revenue estimates for the current fiscal year and next four years as well as the city’s overall economic prospects during a meeting Monday.

The forecast serves as a launch pad for the next budget that Mayor Mike Duggan will present to the City Council in March as well as the city’s four-year financial plan. The forecast adopted at the annual February conference provides final numbers for use in the budget.

Under state law, the city conducts biannual independent revenue conferences to guide its budgeting practices and its four-year fiscal plan that it’s required to submit to the Detroit Financial Review Commission.

The commission was put in place after the city’s 2014 exit from Chapter 9. The city must provide independent estimates, a four-year fiscal plan, and must keep its books balanced to maintain independence from direct oversight.

The city has received waivers from the commission to operate outside of direct oversight for the last five years.

General fund recurring revenue from income taxes will grow from $358 million in the last fiscal year to $403 million through fiscal 2027 with the hit to collections from remote work tapering down from $55 million at the height of the pandemic in fiscal 2021 to $37 million this year and then ranging between $32 million and $36 million annually through 2027.

State revenue sharing holds steady at roughly $220 million to $224 million annually through 2027 but that’s hard to predict as it depends on the state’s tax collections and actions. Gambling taxes grow modestly to $262 million in 2027 from $250 million this year, with internet gaming/sports betting, which began last year, accounting for $84 million to $88 million of the pot and casino gambling the remainder.

Casino revenues tanked in fiscal 2020 and 2021, plummeting to under $150 million due to pandemic-related closures. Property taxes are projected to slowly rise from $133 million this year to $148 million in fiscal 2027 while utility taxes will mostly hold steady.

The city remains on course to bolster reserves this year by $30.7 million, bringing the account to $138 million, or 12% of general fund revenues, from $107 million. The city initially planned to dip into the reserve due to early pandemic blows, but avoided it with federal relief in hand. The city received $800 million in ARPA aid.

The city’s economic outlook that provides the underpinning for the revenue projections remains on the upswing with development projects ongoing and pent-up demand in the auto industry providing a boost, but headwinds loom that put the numbers at risk, according to the forecast released last month and discussed Monday.

Forecasters used data through May, which did not forecast a recession, but that’s changed, said Gabriel Ehrlich, director of the Research Seminar in Quantitative Economics at the University of Michigan.

“The economic outlook has certainly gotten choppier over the course of the summer and recession risks have risen,” Ehrlich told the conference, adding that he puts the risk of a recession at 50/50 with some members of the forecasting team putting it higher.

The type of recession that occurs — whether a “supply-side” one that results due to an escalation of the war in Ukraine and European energy crisis or a “demand-side” with driven by the Federal Reserve interest rate hikes to reduce inflation — will impact the local effect.

“We would expect a supply-side recession to be worse for Detroit’s economy than a demand-side recession,” the report said. “Higher gas prices and disrupted supply chains could reduce employment in the auto industry.”

Lingering shortages in the auto and housing markets should mean the city holds up relatively better in a “demand-side” recession than in past cycles with a relative mild impact more like early 1990s or 2000s than 2008, the report said.

“I don’t want to suggest it’s painless,” but it wouldn’t hit as hard as deeper recessions in the past where the city and state’s recovery lagged the nation, Ehrlich said.

Through July, Detroit resident employment had reached 95% of pre-pandemic levels and the city is expected to fully recover in the first quarter of 2023, although a recession could push that estimate back. The recovery of foot traffic in the city’s retail establishments, however, has lagged.

Blue-collar jobs in manufacturing, construction, and transportation will grow through 2027 benefitting from city-led projects, such as the Stellantis and General Motors automotive plant expansions and Amazon’s new distribution center.

“The city is not seeing any growth in white collar jobs and is seeing very little growth in lower-educational attainment service industry jobs. The city cannot rely solely on blue collar industry jobs to keep driving the city’s economic growth for the foreseeable future,” the Citizens Research Council of Michigan said in a blog post on the forecast.

The projections focus on recurring growth, as pension pressures loom large as a threat to the city’s fiscal progress. Most contributions were put on hold until 2024 as part of the city’s confirmation plan.

The last actuarial review would put payments at $135.4 million with the final number expected to be set after the next valuation. To help manage the impact, the city established the Retiree Protection Fund and expects it will hold $460 million by the end of fiscal 2023. The city’s public safety pension funds adopted a shorter amortization cycle of 20 years that would raise contributions. The city is asking the federal bankruptcy court to block the move and leave the 30-year term intact.

The city has won a series of upgrades since emerging from Chapter 9, but its ratings remain speculative grade.

Earlier this year, S&P Global Ratings moved the city’s rating further up the speculative grade scale and restored revenue-backed bonds to investment grade. S&P raised the rating on $361 million of unlimited tax GO debt issued in 2018, 2020, and 2021 to BB from BB-minus. Moody’s Investors Service a week earlier had raised the GO rating one notch to Ba2.