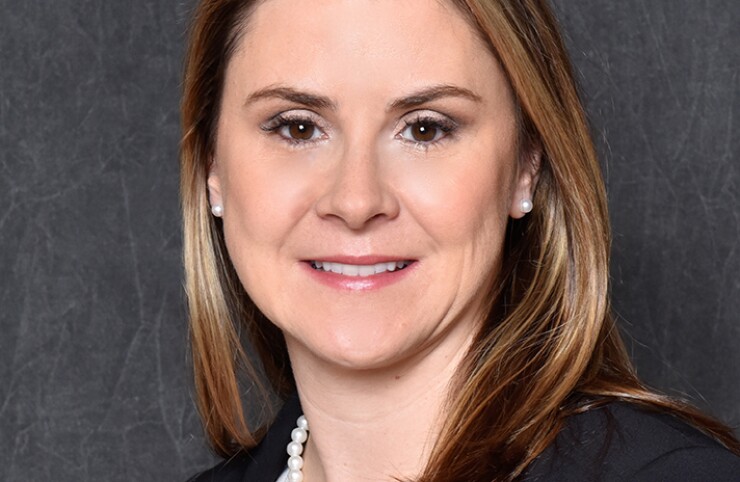 The municipal bond market is running a gauntlet of social and economic changes stemming from the pandemic, but its essential nature is grounds for optimism.

That’s according to the members of Monday’s opening panel of The Bond Buyer’s California Public Finance conference in Los Angeles.

The challenges are numerous, starting with the pandemic and continuing with its second-order effects, from supply-chain disruptions and labor shortages to inflation and the rate hikes the Federal Reserve has enacted in response.

“One of the bigger stories this year has been the outflow cycle,” said Angelia Schmidt, managing director and head of municipal underwriting at UBS.

That has underscored the value of liquidity, she said.

“It becomes really difficult for all market participants, including issuers, when that liquidity dries up,” Schmidt said.

Yaffa Rattner, head of municipal credit at HilltopSecurities, sees a worrisome trend driven by inflation and labor shortages at the government level.

That is what is likely to cause low single-digit revenue growth, particularly with federal pandemic aid in the rearview mirror, versus a labor environment driving much higher wage gains.

“There’s inherently a mismatch,” she said.

Many governments can boast strong reserve levels — at the moment.

“How long will those financial reserves last if the state or local unit of government has to pay 10%more per unit employee in 2023 and every year after?” Rattner said. “There’s still an outflow of employees. These expense pressures are not expected to subside any time soon.”

In the current environment, there is “real risk in underwriting,” said Gary Hall, head of investment banking at Siebert Williams Shank. And the buy side is more cautious, he added.

“Our investors are actually asking for more one-on-one time, and asking piercing questions,” he said.

Rob Dailey, head of public finance at PNC Bank, said the increasing credit sensitivity of muni investors has forced some issuers to change their strategy.

“We’ve seen a lot of situations where people have been shut out of the bond market, or delayed,” he said. That has moved some issuers into the bank market.

It’s backing off a little now, but Dailey said he still sees strong demand from banks for municipal exposure.

“Public finance and the need for public finance is going to be there for a long, long time,” said Amezcua, a senior managing director at Ramirez & Co.

He’s also positive about another recent shift in the municipal market. “We live in California and we embrace ESG,” he said. That focus on environmental, social and governance issues is well-timed for a new generation of investors, he said.

“Where people used to say, ‘What’s my rate of return,’ now they say, ‘What are you using my money for?'” Amezcua said.

Hall, while agreeing on the growing importance of ESG, offered a caveat.

“I will still caution there is no empirical evidence that there is any pricing differential on the municipal side for green or ESG bonds,” he said.

The panelists also noted they are still managing the procedural changes to their business that started because of the pandemic but are likely to continue for other reasons.

“As an underwriter I can do multiple client meetings across the country on the same day, but it’s not the same as in-person meetings,” Schmidt said.

“We can have multiple important meetings in one day, and it’s 100 times better than a conference call, but never as good as an in-person meeting,” Amezcua said.

Dailey noted the pandemic had accelerated changes in technology and business processes.

“We’re seeing much more integration with corporate finance and other businesses across the bank,” he said.

Rattner said the pandemic and ensuing disruptions have encouraged her to sharpen her analysis of construction risks.

“My lesson from the pandemic is to take a look at what are the most important elements of a successful financing and a successful investment,” she said. “It’s thinking about what’s driving that credit and making sure there are redundancies in place.”