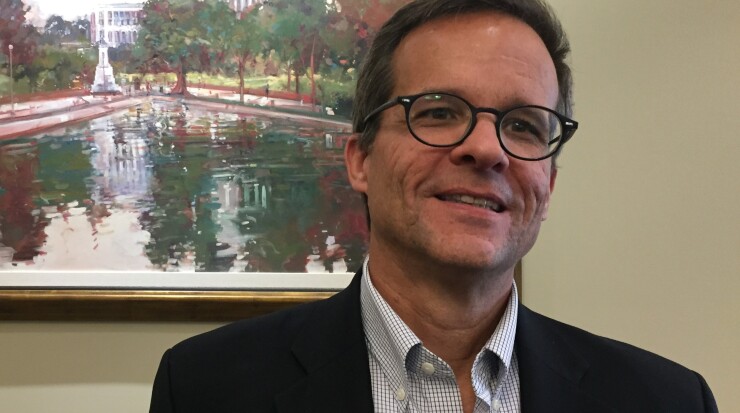 The Puerto Rico Oversight Board filed suit against Gov. Pedro Pierluisi regarding a labor law it says reduces the island’s economic growth and government revenues.

The board is challenging Act 41-2022, which Pierluisi signed earlier this summer. It filed the suit Thursday night in U.S. District Court for Puerto Rico as part of the central government bankruptcy case, which remains open even though the bond restructuring occurred in March.

Continuation of the law “would reduce employment and Puerto Rico’s economic competitiveness, repel new investments, diminish economic growth, and significantly reduce the commonwealth’s tax revenues,” the board said in a press statement.

“By enacting Act 41, the government disregarded the certified fiscal plan for Puerto Rico and the advanced warnings from the Oversight Board that the law violates [the Puerto Rico Oversight, Management, and Economic Stability Act],” the board said.

The governor failed to provide a complete estimate of the law’s impact on revenues, as PROMESA requires, the board said in its suit.

Puerto Rico’s labor market structure makes it “vulnerable” to lowered employment from Act 41, the board said.

The “board will likely win this complaint,” Puerto Rico Attorney John Mudd said. “It has the expert report of Dr. Robert Triest, chair of the economics department at Northeastern University in Boston. Puerto Rico has no expert report. … The government’s position that it is ‘complex and difficult’ to perform any analysis of the economic impact of Act 41 and to wait and see what happens later is untenable given PROMESA section 204(a).”

The law is “a populist” move by lawmakers to win favor with workers, Mudd said. If Pierluisi had not signed it, “he would be open to attacks from the opposition saying he was anti-worker.”

The board has asked Judge Laura Taylor Swain to nullify and block implementation of it.

“Puerto Rico has made substantial progress towards fiscal responsibility, economic growth, and prosperity, but the implementation of Act 41 would set that progress back,” said Oversight Board Chairman David Skeel.

Puerto Rico Clearinghouse Principal Cate Long said when Swain ruled against a local pension law in fall 2021 she said the issue was ripe because the law would directly affect the proposed plan of adjustment, which already had been voted on.

The issues around Act 41 are not as pressing, Long said. The board “has a much higher hurdle in this instance to get [Swain] to nullify the current law.”

Should You Hide Out in Wal-Mart’s Stock?
Crypto Bank Custodia Denied Membership in US Federal Reserve System
Nifty News: Porsche ends ‘low effort’ NFT mint early, Oreo dunks into the Metaverse and more
Pending Home Sales Improve In January As More Buyers Return
Op-ed: Salesforce appoints ValueAct’s Morfit to its board and a proxy fight may loom ahead