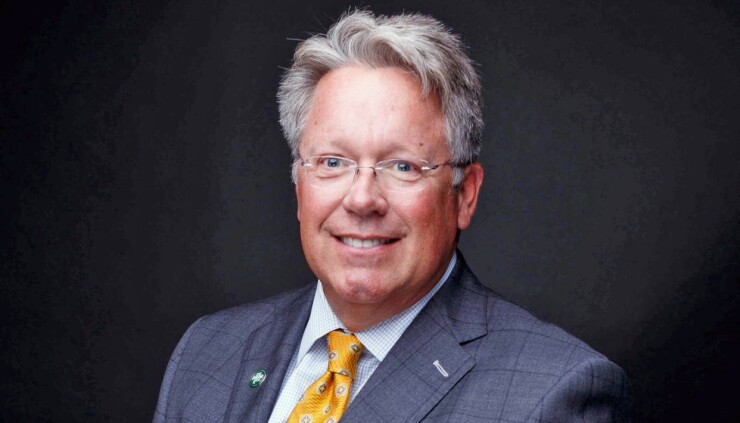 An Alabama ballot measure would allow local governments to use voter-approved special tax authority that is now reserved for bonds to finance projects on a pay-as-you-go basis.

Amendment 6 is one of twelve proposed changes to the state constitution voters will decide Nov. 8.

Backers said it would give municipal officials the option to finance capital improvements “on a pay-as-you-go basis,” with revenue from a special property tax currently covering debt service on existing bonds.

“The money’s already coming in,” said State Rep. Mike Ball, R-Madison, who introduced the amendment to the state legislature in February. “They wanted to be able to use the money without being forced to borrow.”

Ball’s proposed amendment would allow any municipal government that levies a specific ad valorem tax linked to existing debts to use those funds to finance small-scale capital improvements.

Rather than fronting the full costs of new projects by borrowing in the bond market, local officials would be able to pay contractors for work as the project progresses from the pool of tax revenue, affording city, town, and county officials new flexibility when considering the type, timeframes, and budgets of future projects they pursue, according to Ball.

It could also benefit the bottom line of those localities well into the future, said Greg Cochran, executive director of the Alabama League of Municipalities, a municipal government advocacy association that counts representatives from 450 cities and towns as members.

“If you did a bond deal or a bank loan, you have that 1% to 3% interest rate that’s been incurred on top of the debt,” Cochran said. “What we’re hopeful of is that it will actually save money in the process because you won’t have an interest rate tied to it.”

According to Cochran, under the proposed changes the developer would pay all construction costs upfront, billing municipal governments as those costs arise and accepting piecemeal payments throughout the duration of the project.

Along with pre-existing arrangements on bonded debt that set reserve levels and payment schedules, the fact that the special levy in question can be increased if necessary helps ensure counties won’t spend themselves into a hole, Cochran added.

Any benefits from Amendment 6 are also likely to be pronounced among smaller communities in the state and will help ensure townships across Alabama can pursue needed infrastructure initiatives, he said.

According to Ball, access to those funds will allow towns and cities to accommodate current and expected population and business growth by laying miles of new roads and financing retail-centric projects.

Amendment 6 is not the only proposal targeting public finances.

Alabamians will also decide on a measure sponsored by Rep. Randall Shedd, R-Cullman County, that seeks to expand broadband access to rural communities by reclassifying the service as a public need.

Sparsely populated tracts of the state have long struggled with reliable access to the internet, according to a 2020 study by the University of Alabama’s Educational Policy Center.

The study identified 22 rural counties as falling below the state average for broadband connectivity, including two counties with no access at all, presenting problems for residents as education, medicine, and other fields continue to move online.

When providers “look at opportunities to grow their markets,” they see larger profits and returns in more heavily populated areas, Cochran said. ” In a rural setting, you just don’t have enough customers available to recover those infrastructure funding calls quickly.”

Under Alabama law, local governments aren’t allowed to pay private companies out of public funds unless the work being done is deemed within the public good, categories that include water, sewage and road infrastructure.

The proposed changes in Amendment 2 would reclassify broadband as a public necessity, allowing officials to decide on the ground level how funds could be spent to expand access in their areas.

The hope is that expanded broadband access could change the “quality of life,” for rural communities, said Cochran.

Alabama is set to receive billions in federal support from the Infrastructure Investment and Jobs Act over the next few years, including at least $100,000 for internet expansion.