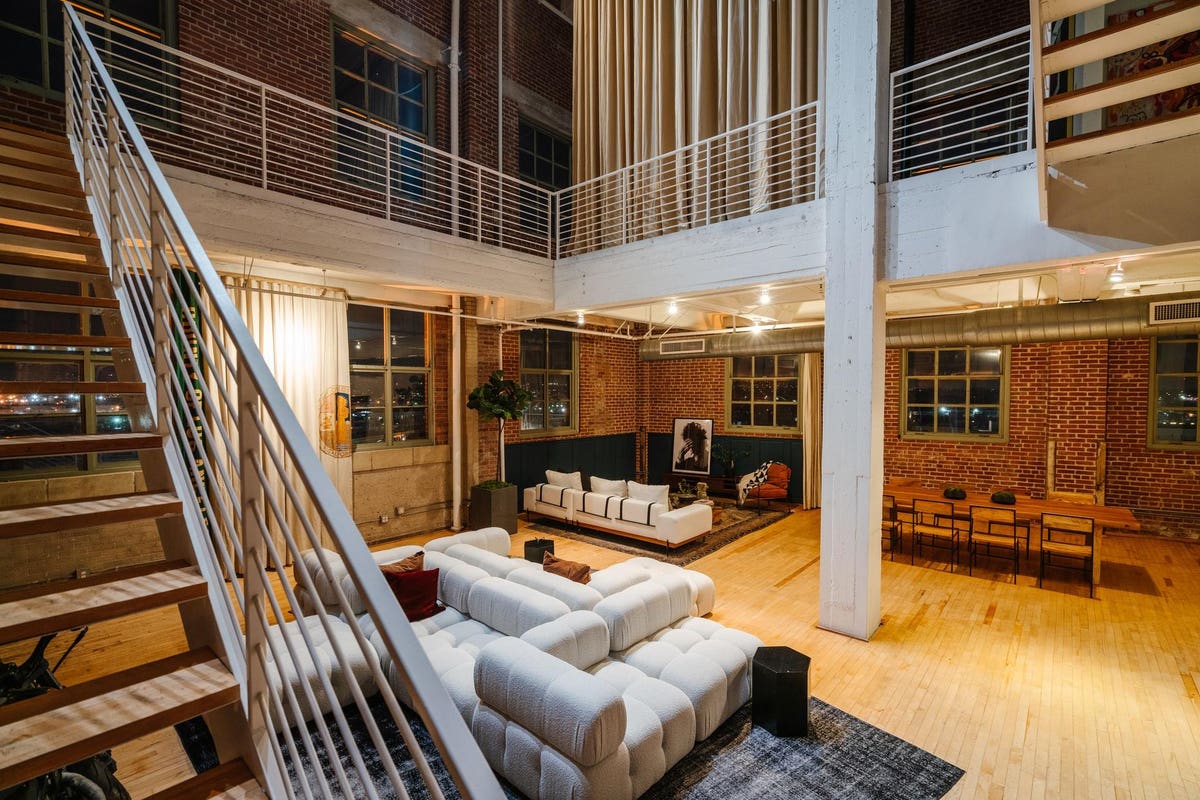 “Built in 1925, the building is the original West Coast headquarters of Nabisco and is registered as a Los Angeles historical national landmark. It has a lot of that old early 1900s feel. But it was retrofitted and completely remodeled in 2007. Some would say that Biscuit Company Lofts is the most significant building in the Arts District. It’s beautiful,” Alexander said.

The “Fast and Furious” director bought the four-story loft from actor-director Vincent Gallo in 2012 for $2.6 million. Records show that Warner Bros. Executive Reg Harpur bought the 4,300-square-foot space. Alexander said that the property was initially listed seven months ago for $7 million and then lowered to $6 million.

The open-concept home features two bedrooms and three bathrooms, floating staircases, maple floors and exposed brick walls. In addition to the ample living space, the condo has 3,600 square feet of exterior space encompassing four separate outdoor terraces. One of the two bedrooms currently serves as an office space and is located on the first floor. The second floor is home to the kitchen, dining area, living room and wrap-around terrace. The primary suite covers the whole third floor and features a private terrace. The fourth floor has a rooftop deck with 360-degree views. The building offers access to a 24/7 concierge, a swimming pool, a garden terrace and parking as part of a $1,327 monthly HOA fee.

Alexander said Lin used the space as a production office and part-time residence. Lin’s principal residence is in Pasadena.

The National Biscuit Company landmark building was designed by Edmond Jacques (E.J.) Eckel and converted to lofts by Donald A. Barany Architects in 2006. The building underwent additional restoration as part of a regional downtown project and was named a Historic Cultural Monument in 2007.

“We are all about design and style and classic architecture. And you know, it’s just one of those monuments in the downtown skyline. The brick and steel is stunning. But at the same time, it feels warm and cozy. It is a special property. It’s a condo, but it’s like this penthouse kingdom in the sky. When you attach the history of it — Nicolas Cage is a former resident and our client creating so many powerful movies in that space and the variety of really significant Hollywood history that the building has housed over the last 20 years — it feels like the most special offering in Downtown Los Angeles,” Alexander said.

Also, he added, “The owners get to transfer the Mills Act, which is a reduced property tax benefit for owners who restore and preserve historic properties.”

Alexander said it was important to be involved in the transaction. “We have a benchmark for people to sell $4 million and $5 million condos in downtown L.A. This hasn’t existed before,” Alexander explained, “except for the Ritz-Carlton Residences at L.A. Live, which is obviously a different beast on its own.”

Bithumb in turmoil, Binance’s 47K law requests, Axie players down 85%: Asia Express
NYSE says Tuesday’s trading glitch due to ‘manual error’
Beyoncé, a $100k-a-night suite and a red carpet of influencers: Dubai basks in its booming economy
What is a ‘rolling recession’ and how does it affect consumers? Economic experts explain
EU to relax curbs on tax credits in response to US green subsidies