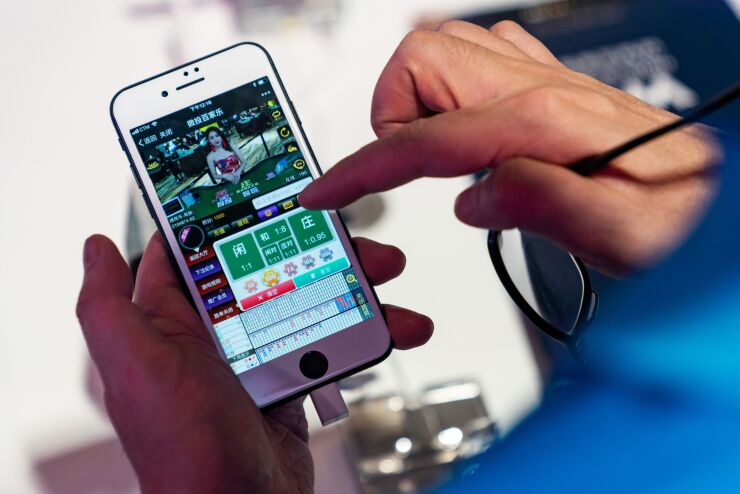 Even as tax revenue continues to rise in New York, storm clouds are gathering on the fiscal horizon, providing an opening for lobbyists who want to widen online gambling in the state.

“Statewide local sales tax collections growth continued to be strong in July, despite the participation of many counties in the gas tax holiday,” DiNapoli said in an Aug. 16 report. New York City‘s sales tax collections rose $127 million to $776 million in July, an increase of 19.5% from the same period in the prior year.

However, DiNapoli’s office said in a separate report that total revenue for New York City’s budget is expected to drop 9.4% to $101.1 billion in fiscal 2023 amid lower tax revenue and a decline in federal aid.

The city also faces sustained challenges from a possible recession, federal monetary policy and turmoil in the financial markets, according to the Aug. 16 report on the city’s financial plan.

“The city’s adopted budget reflects both extraordinary efforts by the federal government to boost the economy over the last two years and an economic slowdown due in part to unanticipated factors,” DiNapoli said.

“Higher revenues in fiscal 2022 allowed the city to build reserves and other budgetary cushions, but many of the questions plaguing the city’s economy remain out of its control” DiNapoli said.

In the hunt for revenue the state has received a boost from the introduction of wagering on sports.

That has given lobbyists a window to advocate for the addition of online casino games like slots, roulette and poker.

States are projected to see $6.35 billion in annual tax revenue from the adoption of internet gambling, or iGaming, according to a report released by Light & Wonder Inc., a developer for online gambling applications.

According to the report, the gross gambling revenue potential for New York could be $1.157 billion annually with tax collections of about $428.2 million a year, says Bill Ordine, an analyst at EmpireStakes.com.

Estimates were based on assumptions of a tax rate of 20% and an assumption that revenue is generated on an overall average of $139.50 for each adult state resident, he said.

“VIXIO’s report demonstrates that states are leaving billions of dollars in tax revenue on the table which could fund a variety of public programs and services without resorting to broad based taxes,” Howard Glaser, global head of government affairs at Light & Wonder, said in a statement on Aug. 2.

The states in which online casino game wagering is legal are Connecticut, New Jersey, Pennsylvania, Delaware, West Virginia and Michigan.

The report said that if it was legalized in the 42 states that currently allow brick-and-mortar casinos or mobile sports betting, the potential size of the market by itself could surpass $30 billion.

“The dozens of states that already have land-based casino gaming merely have to turn on the digital channel to realize tax revenues, which are otherwise being siphoned off by the prevalence of illegal off-shore internet gaming,” Glaser said.

According to the American Gaming Association, the states in which online casino wagering is currently legal saw $970 million in tax revenue in 2021, compared with $560 million generated in the 30 states that currently have sports betting.

According to state data, the New York generated over $347 million of taxes from online sports wagering from January through June.

“I am committed to upholding responsible and effective gaming policies that will move the industry forward and continue to drive our state’s economic growth,” Gov. Kathy Hochul said.

Online casino operators would have a lot to gain from legalization in the nation’s fourth-most populous state.

While online casino games may provide much needed money for the state, revenues measured in the hundreds of millions for a state with a $220 billion budget may not be a cure-all for the possible lost revenue from financial turmoil and uncertainty caused by stock and bond market volatility, rising inflation and interest rates and slowly rising wages.

Other measures must also be taken to safeguard the state and the city’s fiscal health.

“The magnitude of these risks means the city should continue to identify areas for savings, track how its services are delivered amid changing staffing levels and build reserves to guard against these pressures,” DiNapoli said.

The online sports betting experience in New York has been quite interesting to watch, said Ordine, a former reporter for the Philadelphia Inquirer and Baltimore Sun who has covered casinos and gambling since Atlantic City opened for gambling in the 1980s.

“It’s been a bonanza for the state. Online sports wagering has generated a lot of money for the state of New York,” he said. “But it remains to be seen whether or not those tax collections can stay that way.”

Ordine pointed out that online sports betting companies are paying a 51% tax rate, something that was imposed by the Legislature from the start and that the companies accepted to get into the New York market. And that may not be sustainable for those firms in the longer run.

So what would the addition of online casino wagering mean?

“Clearly it means more revenue for the state,” he said, “There would be a decent chunk of change available should the legislature legalize iGaming.”

He added that it was unclear what any future tax rate would be or where the revenue would flow to. Revenue from online sports betting in the state goes to education.

While the prospect of more revenue from wagering can be a path of low resistance for lawmakers — easier that raising the income or sales tax — there is one big stumbling block, Ordine said.

“And I think this has made legislatures in general a lot less likely to legalize,” he said.

While on the surface it would be expected that online casino games would have a cannibalizing effect on brick-and-mortar casino revenue, he said that empirical evidence from the few states that have them doesn’t bear this out so far.

Making gambling as easy as reaching for a mobile phone is apt to bring social consequences by making it even easier for gambling addicts to gamble.

With the advent of mobile sports wagering, the state Gaming Commission along with its partners in the Responsible Play Partnership and gaming venues created events and outreach to encourage responsible gambling.

“The great advantage of iGaming is that it’s the ultimate in convenience gambling,” Ordine said. “You just need to reach into your pocket and pull out your cell phone and on your lunch break you can play slot machines or blackjack.”

But he cautioned that like anything else in wagering, casino-style games are an adult pastime and while it can be quite enjoyable it should always be done with prudence and with temperance.

He said the gambling companies know this and will have to take a proactive serious role in promoting responsible gambling in order to avoid any potential backlash.

“Gamble with your head and not over it,” Ordine said. “When you’re carrying a casino in your pocket, you want to take greater care.”