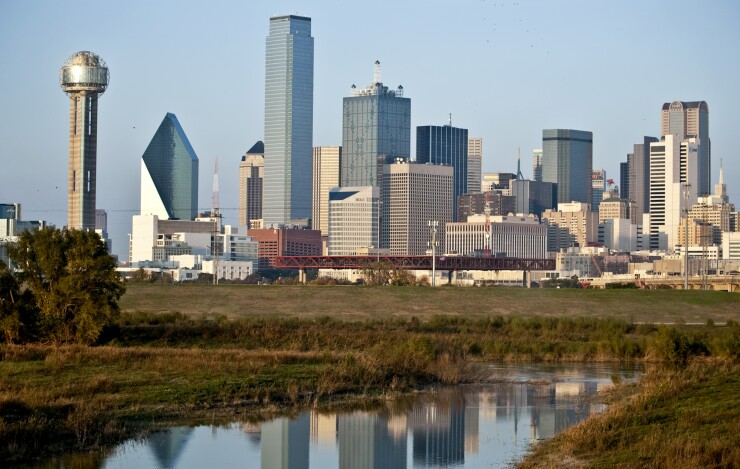 The Dallas City Council on Wednesday put a measure on the Nov. 8 ballot that would allow for the planning, financing, and construction of a replacement of its convention center, partly financed by an increase in the hotel occupancy tax.

The measure, which passed the council unanimously, will let voters decide on raising the city’s hotel tax to 9% from 7%. Hotel guests in Dallas currently pay a 13% tax of which 6% goes to the state.

Over 30 years, Dallas would raise about $1.5 billion from the tax hike and about $2.2 billion under a project financing zone (PFZ), which will redirect incremental hotel-associated state tax revenue to the city.

The ballot measure would also authorize the city to finance improvements at Fair Park, the site of the Texas State Fair, the Cotton Bowl Stadium, museums, and entertainment venues.

“Not one penny will come out of your general fund, our general fund,” Omar Narvaez, the city’s deputy mayor pro tem, said ahead of the council’s vote. “It will get paid for 100% from folks who are visiting the city of Dallas.”

The PFZ funds and hotel tax revenue would back about $1.8 billion of revenue bonds, with issuance beginning in 2023 and construction on a replacement for the Kay Bailey Hutchison Convention Center starting in 2024,  Rosa Fleming, the city’s director of convention and event services, told The Bond Buyer last month.

She said the current facility, which has $500 million to $700 million in deferred maintenance, is inefficient. A bigger facility would be built with the expectation it will nearly double attendance and more than double annual hotel room nights.

In October, S&P Global Ratings revised the outlook on A-rated Dallas convention center debt  to stable ahead of a nearly $233 million bond refunding. The outlook for dozens of bond issues backed by hospitality-related revenue, including Dallas’, had been changed to negative in 2020 amid a barrage of event cancellations due to the COVID-19 pandemic.

Fitch Ratings rates the Dallas bonds at A-plus with a stable outlook.

Inside the $250 million penthouse on ‘Billionaires’ Row’
End of Moody’s review sign of less pressure on West Haven, Connecticut
Munis extend selloff on front end, calendar rebounds to $6.2B
How 2022 volatility is shifting muni ownership
Why India ETFs Are Soaring