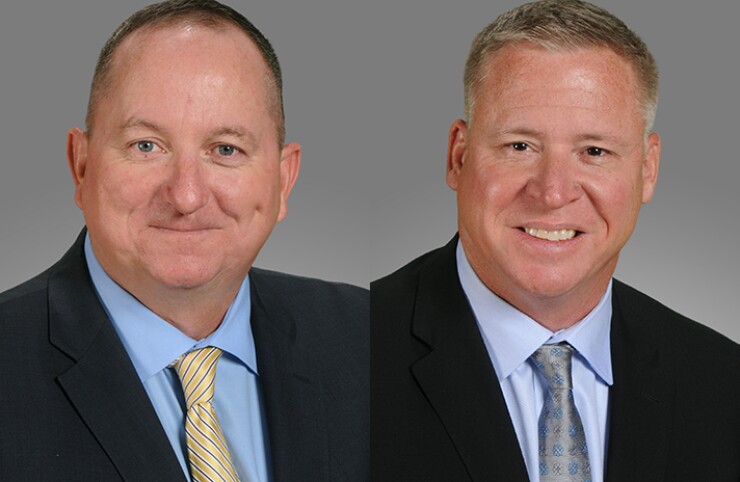 Richard Allan Markley and Michael Reik joined the firm’s Kansas City, Missouri, office in July as directors. They will focus on working with school districts in Missouri and Kansas while also helping out with the firm’s general governmental practice. They join an overall team of more than 180 bankers.

“As two of the most tenured superintendents in Missouri, Allan and Mike have been providing leadership and guidance to the public education system and are viewed as subject matter experts in all aspects of public education,” said Gavin Murrey, head of public finance/debt investment banking at the firm.

Markley brings 27 years of experience in primary and secondary education to the team. He was superintendent of schools for the Raytown C-2, Sparta R-III and Logan-Rogersville R-VIII school districts in Missouri.

“Mike and I are excited to continue serving the public school communities in Missouri and Kansas. We look forward to building the ‘go-to’ education finance practice in the Midwest,” Markley said.

The hires continue the St. Petersburg, Florida-based firm’s expansion in the Midwest. Other bankers hired in recent years for the education finance team and other sectors have included managing directors Elizabeth Hennessy in Illinois, Greg Vahrenberg in Kansas and Missouri, Damian Maggos in Indiana and Dick Bartow in Missouri. Other previously announced hires have included directors Paul Soma in Michigan and Matthew Ruess in Indiana, as well as Vice President Rich Bartow in Missouri.

“The firm is searching for additional talented bankers to continue expanding the practice,” a statement said.

The firm was the third-leading underwriter of primary and secondary school transactions in 2021, based on par amount, serving as senior manager on 182 negotiated and competitive issues totaling nearly $5.3 billion in par amount, the firm said, citing Bloomberg data.

A History-Making Hurricane Brings High Flash Flood Risk To More Than 7.2 Million Homes In Florida
From the Fed to Europe’s currency crisis, here’s what’s behind this selloff in financial markets
Starboard snaps up a position in Wix, and building free cash flow may become a focal point
As 30-year mortgage rates hit 6.7%, homebuyers are facing ‘payment shock.’ Here are ways to save
PREPA mediators call for simultaneous mediation, litigation and plan creation