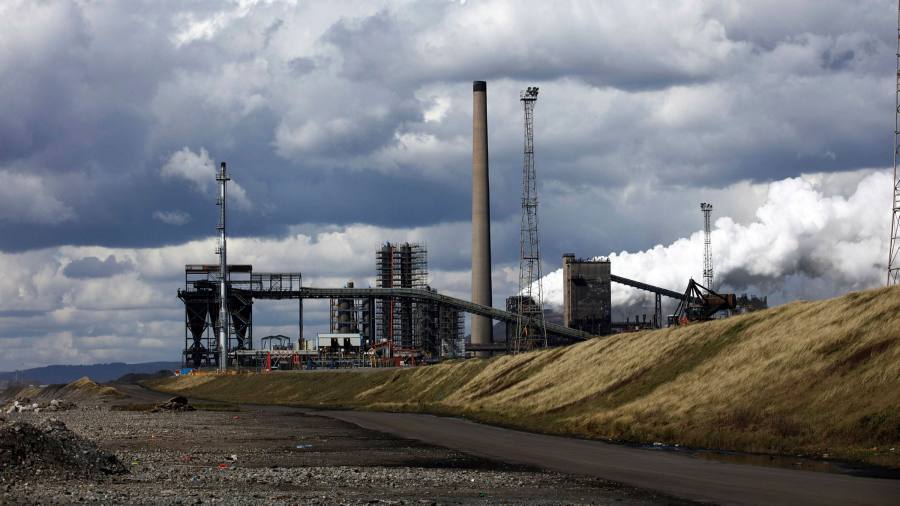 UK business secretary Kwasi Kwarteng has indicated that Britain’s next prime minister will need to rule on Tata Group’s request for £1.5bn in government subsidies to safeguard the future of its Port Talbot steelworks.

Kwarteng’s allies say the minister wants to help steelmakers including Tata, owner of the UK’s largest steelworks, to decarbonise the sector, but believes future subsidy decisions must be taken by a new Conservative leader and prime minister.

After two years of talks Tata has failed to reach an agreement with the UK government, which has been embroiled in a series of crises and is now distracted by the race to replace outgoing prime minister Boris Johnson.

Tata Group’s chair Natarajan Chandrasekaran told the Financial Times this week that without a decision in the next 12 months on funding to help it reduce carbon emissions it may be forced to shut down operations.

One colleague of the business secretary said: “Kwasi thinks steel is a strategic industry and wants to — and has — supported the industry’s transition to low carbon production — but not at any cost. This is an issue for the new administration.”

Kwarteng’s stance is significant because he is tipped as a future chancellor if foreign secretary Liz Truss becomes prime minister when a new Tory leader is named on September 5.

Kwarteng is a strong backer of Truss in her fight with former chancellor Rishi Sunak for the Conservative party leadership, but neither candidate is seen as an instinctive supporter of big industrial subsidies.

Truss has campaigned on the need to reduce the size of the state and cut taxes, while Sunak has promised tax cuts when inflation is under control.

Both have claimed they are “Thatcherites”: Margaret Thatcher is associated with the 1980s when her government refused to bail out struggling heavy industry, including coal mines and steel production.

Truss and Sunak have committed to hitting Britain’s net zero carbon reduction targets and have sat in a cabinet that has made considerable investments in the transition to green energy.

The Department for Business said Tata was “a valued steel producer and significant employer in the UK”. The company runs the Port Talbot plant and employs nearly 8,000 people across its operations.

The government said: “Our ongoing support for the sector’s low-carbon transition includes the £289mn Industrial Energy Transformation Fund and more than £1bn to help with energy efficiency, decarbonisation, low carbon infrastructure and for research and development.”

Tata’s request for £1.5bn has not been referred by Kwarteng to the Treasury, but the business department had been expecting such a request.

Stephen Kinnock, the Labour MP whose constituency includes Port Talbot, urged the government to act but said that “the cavalry is coming” and that a future Labour government would invest in the site.

“There is not a single steel industry in the world that is able to decarbonise without substantial government support, so why on earth have Rishi Sunak, Liz Truss and the rest of the cabinet been dragging their feet on this for so long?” he said.

“The Labour party has set out plans for a £3bn Steel Renewal Fund, which would deliver for the British steel industry by partnering with Tata Steel and the other UK-based steelmakers to forge a strong, resilient and zero carbon steel industry.”

Peter Hughes, regional secretary at the union group Unite, said: “Steel is a strategic industry and must be central to the UK’s economic strategy. The UK Government need to urgently refocus their attention from who their next leader is going to be and concentrate on supporting workers and the maintenance of highly skilled, well paid steel jobs here in Wales.”

A Welsh Government spokesperson said: “Our focus continues to be to explore all avenues to secure a successful, low carbon future for Welsh steel. This goal is entirely possible, but it requires action and grip from the UK Government.”

For 38 Consecutive Days Ethereum Gas Fees Record the Lowest Rates Since 2020
Stocks making the biggest moves in the premarket: Caterpillar, Uber, Pinterest and more
Mester reiterates Fed resolve to curb inflation with rate hikes
Alarm mounts in western capitals over Turkey’s deepening ties with Russia
China’s economy could be dragged down by loss of confidence in property sector