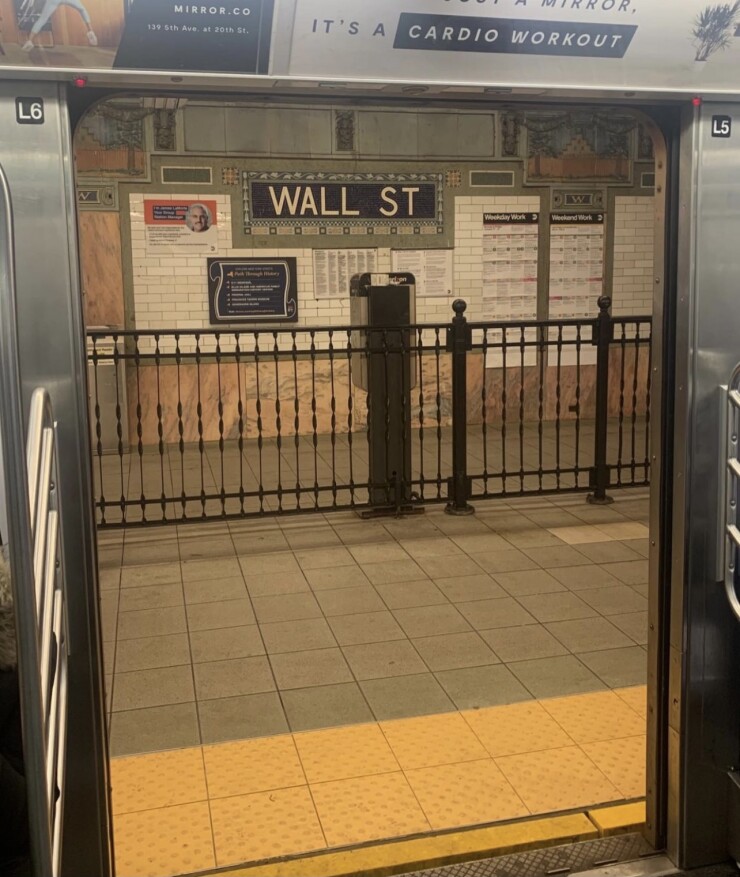 Riders are not returning to New York City’s public transportation system as fast as expected and this may place the Metropolitan Transportation Authority in a difficult financial position as federal funds dry up, according to a report.

Even as the drop in riders has left revenue well below pre-pandemic levels of 2019, the MTA has restored subway and bus service to encourage ridership and economic recovery, said the report released Thursday by New York State Comptroller Thomas DiNapoli.

But because revenue from riders at the farebox has not recovered nearly as well as the MTA had anticipated, large budget gaps exist without the availability of federal funds.

“The MTA’s large budget gaps are coming into greater focus as ridership remains well below pre-pandemic levels and federal relief runs out,” DiNapoli said. “Unless there is an additional influx of city, state or federal aid, the MTA is facing stark options for closing its budget gaps that will impact riders.”

And the MTA will face growing budget gaps in as little as three years, the report said.

In 2025, the authority plans to borrow to bridge a $500 million planned deficit in its operating costs. While borrowing only covers one or two years of expenses, it will increase the MTA’s debt burden and won’t be paid off until 2053. If ridership does not return that $500 million gap could grow and even double, the report warned.

After 2025, federal funding will have been used up, resulting in structural deficits of $2 billion or more.

“The comptroller’s report is consistent with what the MTA has said since the pandemic started: mass transit is an essential service for New Yorkers, and the MTA has begun working with decisionmakers to develop a plan that assures continued strong mass transit in the post-COVID era,” MTA’s Chief of External Relations John McCarthy said in a statement sent to The Bond Buyer.

“The MTA will have more to say about its finances when the preliminary 2023 budget and four-year financial plan are presented to the MTA Board at its July meetings,” he said.

The MTA is a state agency, which Albany took over from the city during the fiscal crises of the 1970s. Since 2011, the MTA has sold about $42 billion of municipal bonds.

How the MTA chooses to close these gaps in the coming years will impact riders on the city’s subways and buses as well as on Metro-North and Long Island Railroad.

DiNapoli said the MTA should explain what it’s considering doing to close these gaps and how it can adjust to continued low ridership levels.

The possibility of service cuts, higher-than-expected fare increases, cuts in staffing or maintenance and reduced capital spending are all possible without additional funding or a large increase in ridership.

Additionally, MTA must prioritize its capital plan and determine which projects are most critical and increase its budget flexibility, DiNapoli said.

Subway ridership hit 58% of its pre-pandemic levels while ridership on the Long Island Rail Road hit 63% and Metro-North Railroad reached 61%.

Still, private vehicle traffic on MTA’s bridges and tunnels remained at almost 100% of pre-pandemic volume throughout the spring.

DiNapoli’s report noted that other cities have altered service to focus on riders that most rely on public transit. He said the MTA has taken some steps to meet changes in demand by looking at increasing rapid bus service in the outer boroughs.

New York is facing a hazy future when it comes to the rise in hybrid working systems. The city must come to grips with changes in work patterns as work from home went from a temporary measure to the norm and a hybrid work schedule of three days in, two days became a standard policy procedure.

These are changing ridership patterns may offer opportunities for the MTA to improve service even as it looks for savings, the report said.

“If sustained shifts to office commuting and greater demand for off-peak service continue, the MTA may be able to identify opportunities to provide service that is better aligned with new demand, while potentially generating cost efficiencies and creating savings,” the report said.