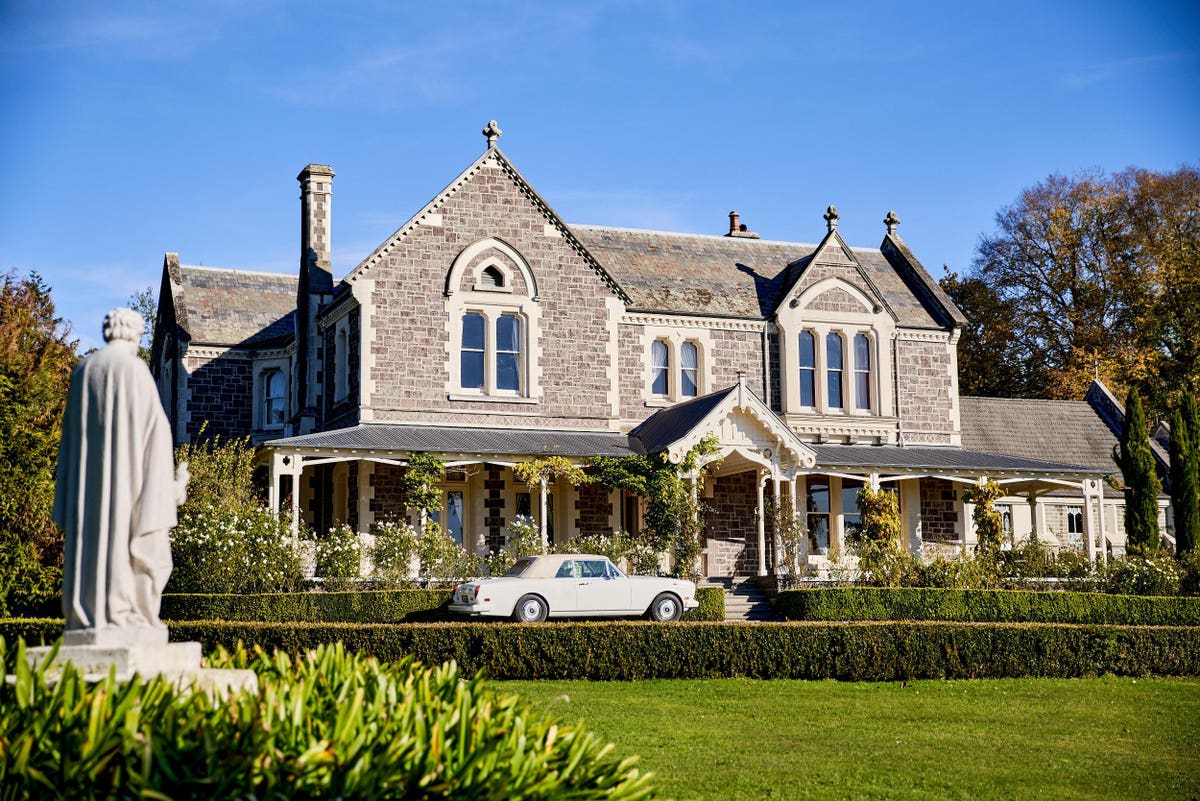 The evolution of a historic home informs its present in myriad ways.

Claremont Country Estate, classified as a New Zealand historic building, was built in 1890 for George Hampton Rhodes, a member of a prominent family that had extensive land holdings in Canterbury. Among their varied professions were livestock ranching, investment, manufacturing, shipping and politics.

At the time, grand estates centered on impressive homes were becoming a popular outward symbol of wealth among the colonial elite. The trend would continue for another two decades.

The Christchurch firm of Collins & Harman, known for their attention to detail, designed the mansion in the Victorian Free Gothic style with steeply pitched roofs, decorative gable caps and other carved ornamentation. The original bluestone walls, accented with contrasting Oamura stone or whitestone facings, remain today.

Another formative chapter in the estate’s current appearance began in 1932, when the Catholic Marist Brothers took ownership. The homestead served as St. Joseph’s novitiate, and religious features were added including a detached chapel built in 1955, according to Heritage New Zealand.

The role in local history that these two significant ownerships represented contributed to the property’s categorization as a historic place, as well as influencing its appearance.

A stained-glass double door entry leads to a central reception area. The ground floor contains a parlor with French doors that open to gardens and lawn, a library, a study, a billiard room and a commercial kitchen.

A sweeping staircase leads to the eight upstairs bedrooms. There are five bathrooms within the 1,360 square meters, or more than 14,600 square feet of living space.

Two more bedrooms, as well as a conference hall, are in the adjacent chapel building.

The grounds include manicured landscaping, fields and forested areas.

Anthony Morsinkhof of PQ Property Intelligence is the listing agent for 222 Mount Horrible Road, Timaru, Canterbury, New Zealand. The asking price is NZD 5.5 million or about US $3.58 million.

The property is about a two-hour drive from Christchurch International Airport and 15 minutes from the port city of Timaru.

PQ Property Intelligence is an exclusive member of Forbes Global Properties, a consumer marketplace and membership network of elite brokerages selling the world’s most luxurious homes.