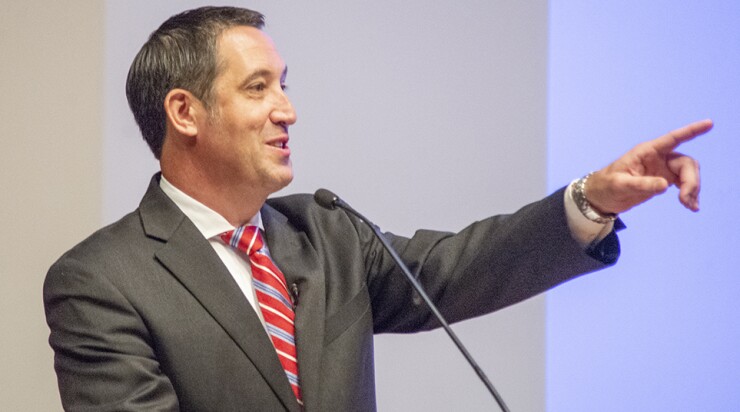 With its coffers bursting due to record revenue collections, Texas has canceled a summer trip to the short-term note market for a second year in a row.

State Comptroller Glenn Hegar on Thursday released a revised certification revenue estimate that more than doubled the projected budget balance at the end of fiscal 2023 to nearly $27 billion from $12 billion.

General revenue-related (GR-R) funds for the fiscal 2022-23 biennium were increased 10.2% over the November estimate to about $149 billion, he said. The state’s rainy day fund is projected to have a $13.66 billion balance at biennium end after accounting for appropriations and investment and interest earnings.

Texas will not be selling tax and revenue anticipation notes this August, according to Kevin Lyons, a spokesman in the comptroller’s office. Texas last issued notes totaling $7.2 billion in August 2020. Hegar told The Bond Buyer in March that he did not expect to sell TRANs this year given strong revenue growth.

“This revised estimate includes a net decrease in projected GR-R spending of $1.5 billion yet is mostly driven by tax revenues that rebounded strongly in recent months after being suppressed by the pandemic in the previous biennium,” Hegar said in a statement Thursday. “In fact, many tax revenue categories reached their highest collections on record, and this fiscal year has experienced the largest one-year increase in total tax collection, as compared with the prior fiscal year, in Texas history.”

Sales taxes, the state’s top revenue source, generated average monthly collections over the last 15 months of $3.5 billion with inflation being a significant factor, he said.

“This is due in part to a strong global economic recovery coupled with the war in Ukraine and a period of limited investment in fossil fuel production and refining capacity,” Hegar said.

The revised estimate, he said, is subject to “substantial uncertainty” as the economic growth rate is expected to slow.

“Revenue growth in fiscal 2023 is estimated conservatively in view of the degree of uncertainty and heightened risk of a recession,” Hegar said.

The lack of a TRANs deal will put off a test of how competitive bidding for the debt may be impacted by the state’s pro-firearm and fossil fuel policies that have sidelined a few big underwriting firms. Laws enacted last year prohibit state contracts with companies, including banks that underwrite municipal bonds, that “discriminate” against the firearm industry or “boycott” energy businesses.

However, the firearm law exempts the state’s TRANs issues from the rules under certain circumstances.