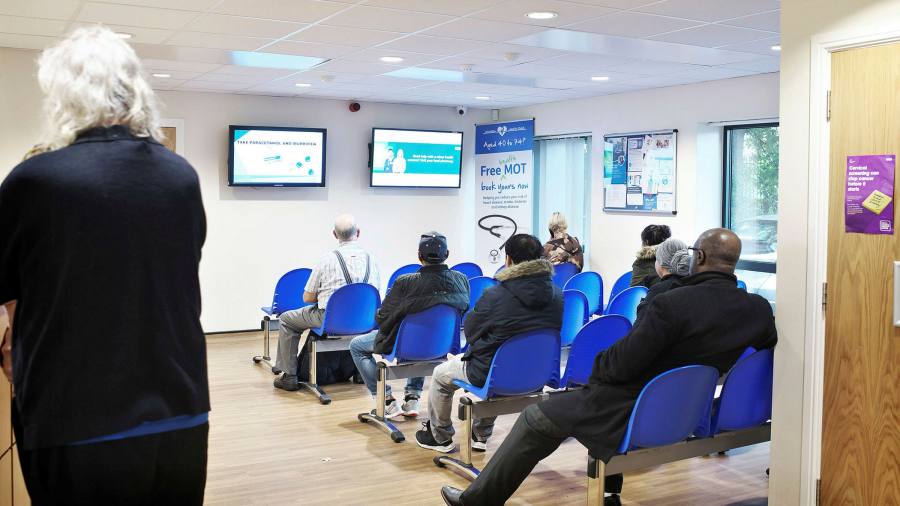 The UK economy returned to growth in May after a contraction in April, surprising economists and raising analysts’ expectations of a significant interest rate rise by the Bank of England at its next meeting.

Output grew 0.5 per cent between April and May, figures from the Office for National Statistics showed on Wednesday, much better than the flat performance expected by economists polled by Reuters.

Darren Morgan, ONS director of economic statistics, said: “The economy rebounded in May with growth across all main sectors.”

With gross domestic product figures for the previous months also being revised up to a 0.1 per cent expansion in March and a milder 0.2 per cent contraction in April, Paul Dales, chief UK economist at Capital Economics, said the data suggested “that the economy is holding up well in the face of high inflation”.

After the data were released, analysts raised the probability of a 0.5 percentage point increase at the August meeting to 67 per cent from 59 per cent. Sterling barely moved after the announcement.

Health was the biggest driver of the rebound in May, with many more people seeing general practitioners, despite the Covid-19 test-and-trace and vaccination programmes winding down.

Road hauliers also had a busy month, while travel agencies fared well, with business growing by 11 per cent, with pent-up demand for summer holidays.

Construction also performed well, with housebuilding and office refurbishment driving growth, while the strongest growth in the manufacturing sector since November 2020, at 1.4 per cent, boosted the sector above its pre-pandemic levels.

The rebound is “likely due to the recovery in supply chain disruptions enabling manufacturers to start to fulfil the backlog of orders”, said Gabriella Dickens, economist at Pantheon Macroeconomics.

Chancellor Nadhim Zahawi said: “It’s always great to see the economy growing but I’m not complacent. I know people are concerned so we are continuing to support families and economic growth.”

However, May’s data might not be as strong as at first glance. They were not adjusted for the shift of the second May bank holiday to June, which could have boosted output. Moreover, output in consumer-facing services — which include pubs, restaurants and entertainment venues — fell 0.1 per cent despite still being 4.7 per cent below its pre-pandemic level of February 2020.

Weakness in this sector “suggests the cost of living crisis is starting to take a toll on consumer spending”, said Thomas Pugh, economist at audit, tax and consulting firm RSM UK.

Consumer price inflation rose to a 40-year high of 9.1 per cent in May and the BoE expects it to climb to more than 11 per cent in the autumn.

This means that while the latest data suggest that GDP in the second quarter might be stronger than the BoE’s forecast of a 0.3 per cent contraction, there is still a risk of a recession.

The data suggest “that the recession did not begin as soon as we had feared, but it does little to dispel worries about the outlook”, said Kallum Pickering, economist at Berenberg Bank.

“The big picture is that the economy could be just 1 per cent larger in 2023 than it was in 2019, before the pandemic,” said Pugh.

The ONS also released trade data that showed imports of goods and services rising more than exports, resulting in the widest trade deficit since records began in 1992.

Stronger fuel exports to the EU, which reflects the region’s waning reliance on Russian energy, helped to boost UK trade with the bloc.

Despite the positive May figures, the UK economic performance “may prove to be a poisoned chalice for whoever wins the race to be the next prime minister, regardless of whether or not they cut taxes”, said Dales, pointing to the likelihood of real household incomes falling further in the third quarter.

UK energy groups under pressure to use windfall profits for green investment
Fed reverse repo reaches $2.3T, but what does it mean for crypto investors?
It Was Less Affordable To Buy A Home In June Than It’s Been In 33 Years
A ‘shakeout’ among mortgage lenders is coming, according to CEO of bank that left the business
Senate advances reconciliation, impact on muni demand undecided