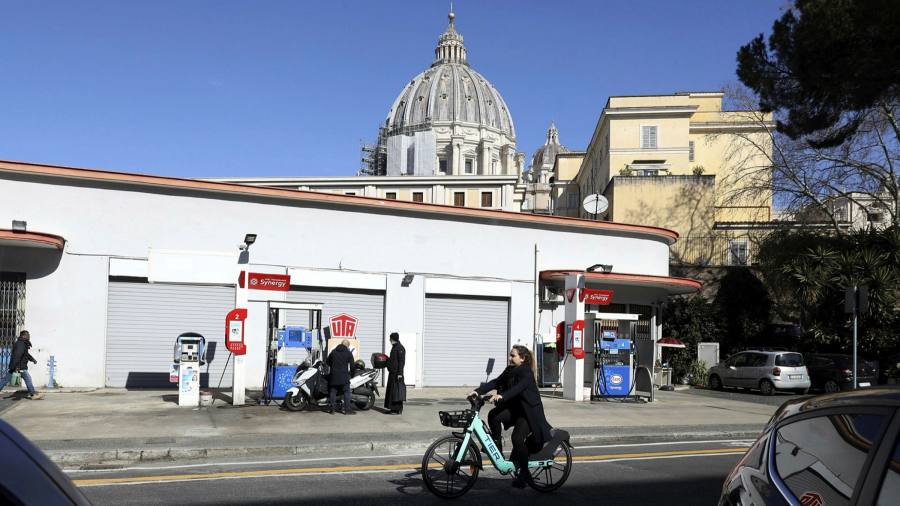 Record fuel prices are hitting oil demand in developed countries harder than anticipated, the International Energy Agency warned on Wednesday, in the latest sign of inflationary pressures forcing consumers to cut back.

Paris-based IEA, which is primarily funded by OECD members, said that growth in oil demand was slowing as the global economy faltered, but cautioned that the oil market was “walking a tightrope” of uncertainty given threats to supply in Russia.

“Soaring fuel costs and a deteriorating economic environment are slowly starting to moderate oil demand growth in the OECD,” said the IEA. “Oil demand in the OECD contracted in April, with the Americas, Europe and Asia all posting larger than normal seasonal declines. Road fuels were impacted the most, suggesting that record prices have begun to afflict demand.”

The IEA’s latest assessment comes after oil prices pulled back in recent weeks, declining from $120 a barrel to near $100 a barrel. But the industry remains deeply divided over whether the price slide will continue.

Opec, the cartel of oil producers, presented a forecast earlier this week that implied demand for its oil would far outstrip its production capacity next year, while the outlook for Russian supplies remains highly uncertain, with western sanctions over Moscow’s invasion of Ukraine set to intensify later this year.

Many traders are looking for signs that oil demand is cooling, however, with the picture complicated by the rebound in activity after the peak of Covid-19 restrictions. While developed economies may be slowing, areas including aviation are picking up, making it even more challenging than usual to gauge the strength of oil consumption.

The IEA said oil demand fell in April by 1.6mn barrels a day in the OECD — a decline that was roughly twice as large as the typical seasonal pattern.

But on a global level, that trend was offset to an extent by rising demand in Asia.

The IEA said that oil demand would still expand in the OECD in 2022 and 2023 because of rebounding consumption in areas such as jet fuel, but revised down its forecast for OECD growth by 320,000 barrels a day to less than 1mn barrels a day.

But the IEA said it had subsequently risen by almost 500,000 b/d last month. The agency is still forecasting Russian production will decline sharply next year, when it sees almost 3mn b/d of output getting shut in as more sanctions are phased in.

In turn, that projection ties into an overarching forecast for the global market to be in a small deficit in 2023, with oil demand reaching 101.3mn b/d while supply is pegged at 101mn b/d.

The IEA said there remained a risk that “the world economy falls off-track for recovery” unless governments took further steps to curtail energy demand.

“As an EU embargo on Russian oil is set to come into full force at the end of the year, the oil market may tighten once again,” it said. “With readily available spare capacity running low in both the upstream and downstream, it may be up to demand-side measures to bring down consumption.”