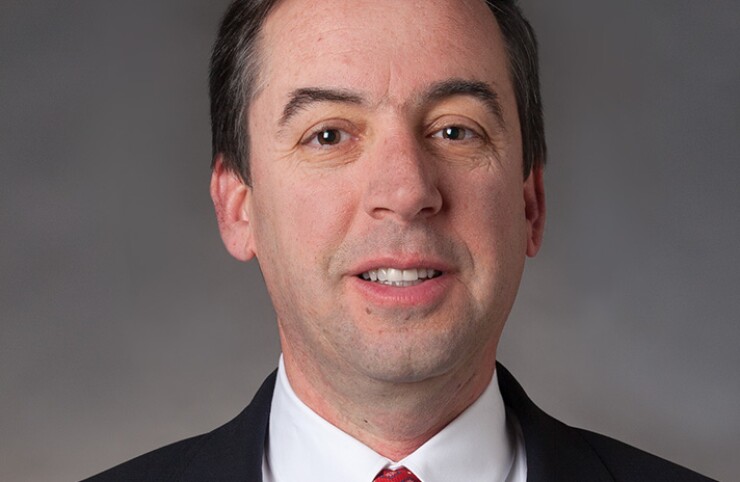 Steven Permut entered the municipal finance industry in 1982, fresh out of the State University of New York at Oneonta, where he graduated with a bachelor of arts degree in business economics and geography.

But it wasn’t municipals that he was seeking. Permut had submitted his resume to Rand McNally for a position as a cartographer.

Although the renowned mapping company had no openings at the time, unbeknownst to Permut, a manager ended up sending his resume to the human resources department at Moody’s Investors Service via Dunn & Bradstreet, the parent company of Rand McNally.

,
Moody’s hired Permut as a municipal statistical analyst in April 1982 where he worked for four years.

“It was a perfect fit; even though I didn’t know municipal bonds were a market when I was in college,” he said of the experience he chalked up to “fate.”

After 40 years in the municipal bond industry — 35 of them at American Century — Permut left the California-based mutual fund firm on June 30 for retirement.

In his absence, Permut feels certain that Joe Gotelli, vice president and senior portfolio manager, will step up to the challenge as his replacement.

“I have total confidence he will take the team to the next level,” Permut said of Gotelli with whom he worked for 16 years and called a strong portfolio and departmental manager.

Meanwhile, Gotelli values Permut’s knowledge of municipals and said his keen experience was a credit to his long career.

He said it was a privilege working alongside his predecessor especially co-leading the team with him for the past year.

“I have learned a great deal from him as a manager, a mentor, and a friend, and I will carry those things with me as the team continues to deliver for our clients,” Gotelli told The Bond Buyer.

After four years at Moody’s, Permut decided to look for an opportunity outside of New York, and eventually settled in California at what would be his lifelong career.

In 1986, he accepted a position as an analyst at the former Benham Group, a small, fledgling asset management group where he got his feet wet on the buyside of the industry.

He later earned an MBA in business administration with a concentration in finance from Golden Gate University.

It was in the spring of 1987 he joined American Century when the firm had only $200 million in assets under management.

Today, American Century’s municipal assets have grown to over $8.2 billion when Permut officially retired on June 30, according to a spokesperson.

He rose through the ranks at American Century from analyst to head of municipal research and manager of the California High-Yield Fund and the National High-Yield Fund, and eventually elevating to head of the municipal bond team, a position he held for the last 15 years.

He oversaw two portfolio managers and five municipal bond analysts during his tenure.

The pioneering California High Yield Fund was established in 1987 with just $3 million and was the first California mutual fund to own nonrated paper, as well as land-secured bonds, known as Mello-Roos bonds, which eventually became a larger part of the market.

“It was a very small fund, but credit intensive,” with small positions in some soon-to-be-innovative bonds, he said.

It was also one of, if not the first, high-yield municipal fund in the state, according to Permut.

“The California market was less driven by credit and more driven by name recognition and factors that weren’t as quantitative as the work at Moody’s,” he said.

The municipal market was much more of a retail market, he noted. “Mutual funds were not as dominant in the market as they are now,” especially with regard to the structuring of deals and pricing of risks, he said.

“When I started on the high-yield side I remembered learning about new kinds of issuance driven by real estate values and property tax values that historically had not gone into institutional-type management,” he said.

Eventually, with much diversification and innovation the California high-yield fund continued to grow; and today it has about $3 billion AUM, according to Permut.

Challenges and early memories
Though there were many rewarding days, one of the most challenging times as a portfolio manager Permut can recall is when Orange County, Calif., defaulted on $110 million of bonds in 1994, four days after it filed for bankruptcy.

“Ironically, we didn’t own it in the high-yield fund, but we owned it in the money market fund,” Permut said, adding that he remembers the firm selling a lot of the short-term notes at the time.

Other challenging, yet interesting, times included macroeconomic events that impacted the California market — everything from severe state budget gaps to the 1987 earthquake, he said.

Permut also faced additional worries when an individual credit, such as a local nursing home bond, for instance, would give him “stomach pains” he was on the “wrong side” of an active position; or when he thought rates would rise and the opposite occurred.

“The hardest part is when things don’t go the way you anticipate them — an event in Washington, or if an election turned out differently — it’s hard to predict and can have such a large impact on your portfolios,” he said.

Those added to some of the most challenging times as a portfolio manager in his career, he said.

“You put your all into it, but in the end, there is no certainty the calls you make are going to happen,” he said.

That was all part of the learning curve of the unique municipal market, according to Permut.

“The market has always been evolving and that always made it interesting because it wasn’t the same,” he continued. “It was interesting to learn about the new aspects of the market that we had to become familiar with.”

Permut said for him it was not just about the financial side of the transaction.

“When I drive around the state of California, and pass all these municipalities and credit, you remember you were involved in financing them — whether they were sports stadiums, highways or just everything around us that’s been built to benefit the public has been built with muni bonds,” Permut said.

For instance, his funds owned bonds that benefited the local school district where his children and his friends’ children attended school.

Managing munis and the future ahead
Permut always maintained a bottom-up strategy, thoroughly knowing the bonds and credits his funds owned.

“We were building the portfolios with knowledge of the individual credits — not just buying specific names to fill a bucket we had available space in — and making sure those bonds would improve quality and price,” he said.

As the firm grew, more analysts were hired, according to Permut, who said there were six analysts upon his retirement who helped the team achieve its goals.

He credited working with a team of colleagues that view the market in a similar way and share similar values and ethics, as well as share reasonable objectives that are attainable, for his success over the years.

“We were trying to hit singles and doubles and little wins that add up over the years and result in good performance,” he said. “We were not going in everyday hitting home runs, because doing that you can strike out.”

He credits his successful career with working at American Century for 35 of his 40 years in the municipal industry.

“There’s a lot to be said for a team that has worked together for a long time,” Permut said. “Institutional clients like to see a well seasoned team, and that model is less in play today than it was 20 years ago.”

“It was working together physically and mentally that really benefits the shareholders and our performance over the years,” he added.

Overall, he said municipals remain a sensible alternative for investors due to their low default rates and after tax yields, despite 2022 year to date being a “rough” year so far.

“Year to date munis are down 10%, the high-yield index is down 13%, and historically any time the muni market takes a big fall like that the next year is a big year,” Permut said.

Retirement beckoned
Many factors — not just one — led to his leaving a career he loved.

“I thought the time was right,” the 63-year-old Californian said. “Both of my kids are out of college and I felt it was the right time to close one chapter and open another chapter.”

With such an extensive career in municipals, Permut said he will have a hard time shutting down from the industry altogether, and will keep an eye on the market from time to time.

But, he found it easy to note he is planning on a full retirement.

“This job has become a more 24/7 job than it was 40 years ago; more competitive and demanding,” Permut said. “I’m looking forward to not having the demands and the weight of the market on my shoulders every day,” he said.