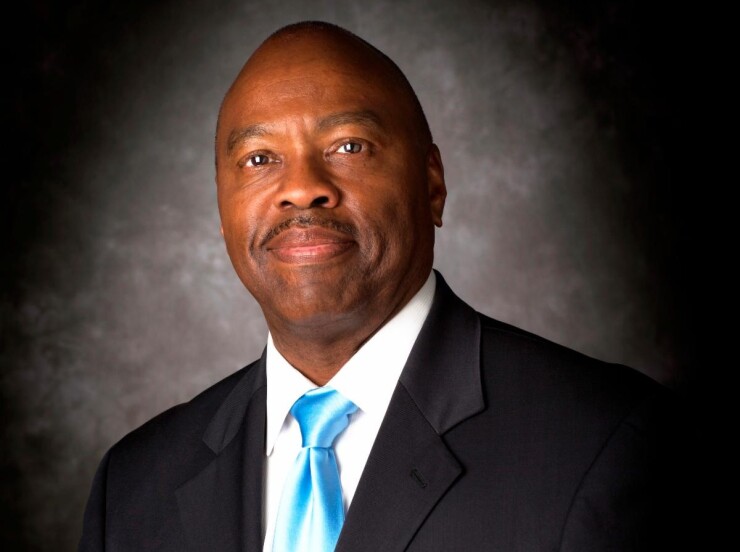 President Joe Biden has nominated Denver International Airport CEO Phillip Washington to head up the Federal Aviation Administration, a move that would put a long-time issuer in the top aviation spot.

Though he has limited airport experience, having served as DIA CEO for only one year, Washington has years of experience running a public transportation agency. Washington was CEO at Los Angeles County Metropolitan Transportation Authority from 2015 to 2021. Before that he was at the Denver Regional Transportation District for 16 years, six of which were as CEO and the rest as assistant general manager.

“It’s always great to see folks with issuer experience to head the administration,” said Emily Brock, lobbyist for the Government Finance Officers Association. “He (and several folks in the DOT generally) definitely have strong issuer experience, which is great when we have opportunities to work with them.”

In April, Washington and Porcari founded the Equity in Infrastructure Project, which asks public agencies to sign a pledge to significantly increase, even double, the number of lead, joint venture and equity contracting opportunities given to historically underserved businesses on infrastructure projects.

Washington was raised in Chicago. At 17, he enlisted in the U.S. Army, where he spent 24 years before retiring at the rank of Command Sergeant Major.

If confirmed by the Senate, Washington would replace Steve Dickson, who left the position in March about halfway through his term. Dickson was a former Delta Air Lines executive and pilot who had been appointed by former President Donald Trump. He was criticized for his handling of the deployment of the 5G wireless spectrum and the two fatal Boeing 737 MAX 8 crashes, among other things.

Washington would take over during a turbulent time for the airlines, which are experiencing many flight delays and cancellations. U.S. Transportation Secretary Pete Buttigieg has met with airline executives urging them to better manage flights, and Sen. Bernie Sanders has called on the FAA and Department of Transportation to fine airlines for delays or cancellations.

The position carries a five-year term.

Buttigieg said in a statement that he was “thrilled” with the nomination. “Phil’s deep expertise in transportation, his service in the military, and his track record helping Americans safely get where they need to go, make him the right leader to help meet today’s aviation challenges and prepare for the future,” he said.

The Airports Council International – North America also praised the nomination. “No one better understands the needs and challenges of the federal aviation system than the leaders of our nation’s airports,” said ACI-NA President and CEO Kevin M. Burke. “As CEO of Denver International Airport, Phil has had to work as a real innovator and problem-solver during one of the most difficult times our industry has faced.”

In related news, the Biden Administration Thursday announced it will send $1 billion in federal infrastructure funds to 85 airports to improve terminals.

The money is part of the Infrastructure Investment and Jobs Act.