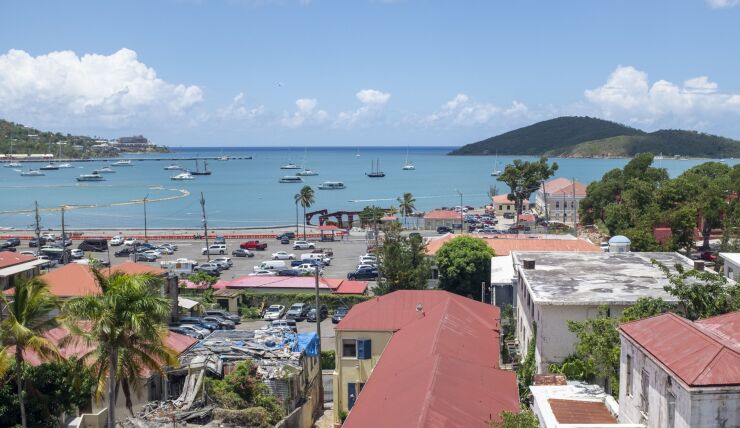 The U.S. Virgin Islands Water and Power Authority board approved an electric system budget Thursday it said will stop its loss of cash.

The authority plans to trim fuel costs from $198 million in the proposed budget to $172 million in the approved version. This will be accomplished by converting some generation units to propane and improving plant efficiency.

The budget plans expenditures of $124 million for fuel, with the U.S. Virgin Islands government expected to cover the balance.

The budget also imposes a “soft hiring freeze,” Lewis said, with only the most critical positions getting filled. This will save $17 million.

The authority has cut spending on capital expenditures by two-thirds compared to the proposed budget, even though all the original requests were “critical,” Lewis said. What the budget funds is the “very critical” needs.

Finally, the budget calls for $4.5 million of unspecified cost savings over the fiscal year, which started July 1.

“This is the first time I’ve seen a budget that really makes sense to me,” said board member Hurbert Turnbull.

The budget has $100 million in operating expenses excluding fuel costs. It assumes $255 million in revenue excluding the fuel cost subsidy.

WAPA Executive Director Andrew Smith said while the territory’s government spends about 60% of its budget on personnel costs, WAPA’s budget allocated 13% to personnel, with much of the authority’s money going toward fuel.

In a separate development, the board approved the rollover of a bond anticipation note due July 1. The new BAN will be due in two years.

It sold $35 million of BANs with a yield peaking at 9% for the taxable portion in November.

Bond trustee UMB currently hold $6.5 million for the authority. The release of these funds when the new BAN is issued will be used to pay interest on the new BAN, saving the authority money. Unlike the existing BAN, the new one will not require paying an independent consultant to provide information to note holders, which will save the authority $280,000 a month, he said.

The authority does not have the money to pay off these notes and does not have access to the bond market for a broad bond refunding, Lewis said, so rolling over the BANs was the best option.

As of Dec. 31, 2020, WAPA had $190 million of electric system revenue bonds and $1.143 billion of liabilities, according to its unaudited financial statements.

In May the U.S. Virgin Islands pension system sued WAPA for about $7.7 million of unpaid contributions.

In March the Virgin Islands government sold a bond it claims solves its pension underfunding problem.