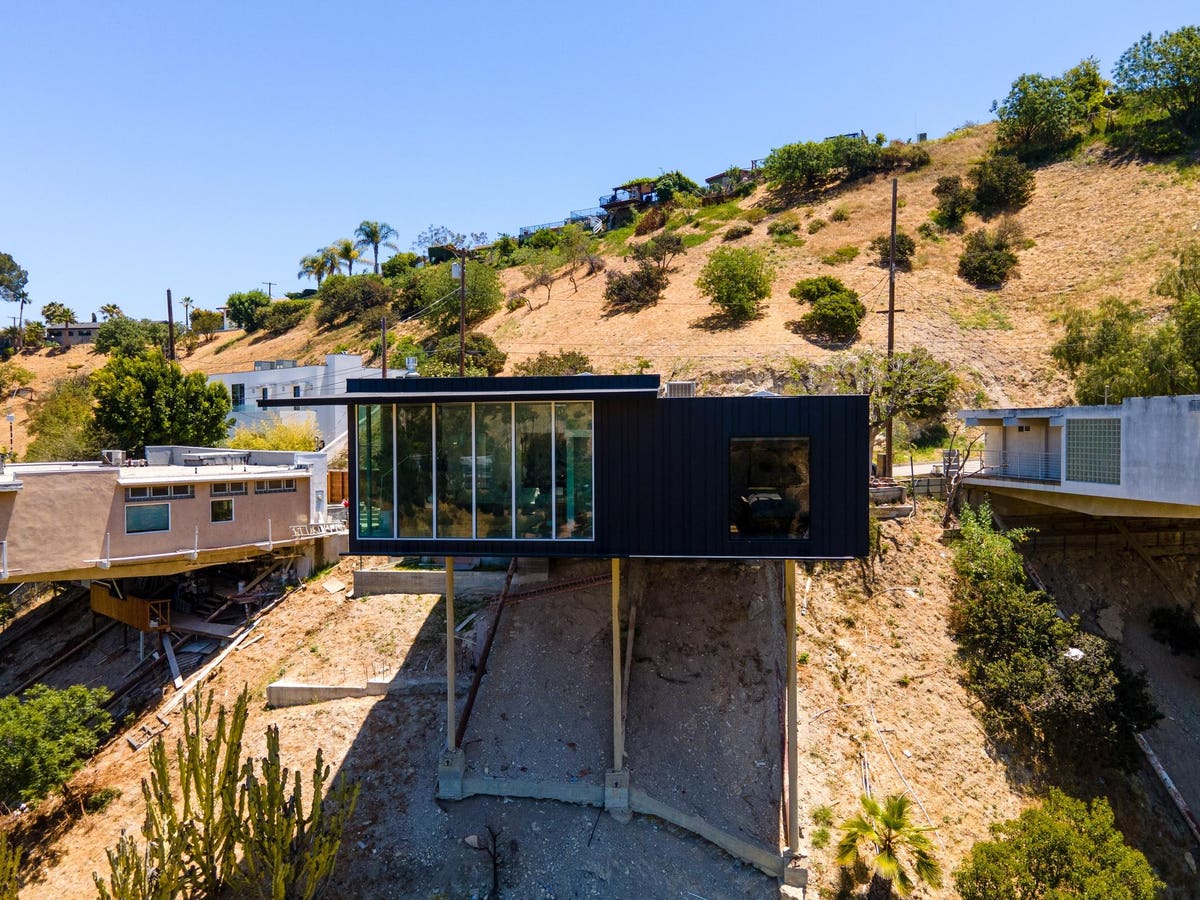 A mid-century modern home designed by famed architect Richard Neutra is on the market for $2.05 million. Originally designed as one of 17 platform homes in the early 1960s, the residence in Sherman Oaks, California was completed by mid-century architect William S. Beckett in 1965.

Of all the iconic homes, 3707 Oakfield Drive marks the most luxurious and complete restoration. The rich history of this house is shrouded in its intentional design and remarkable upgrades that have been reimagined over the years by the current owner and acclaimed architect himself, Donald M. Goldstein.

“Most agents don’t have the privilege to sell history, but I do,” said Michelle Schwartz, the listing agent. “Being part of architecturally significant properties such as this one brings me immense pride. Don’s rendition of this iconic home is one where quality, details and luxury intersect. It’s art.”

Hidden behind a custom cut-and-fit privacy wall, the unassuming gem boasts much more than initially meets the eye. Enter through custom wrought-iron doors and enjoy sweeping views of the San Fernando Valley as sunlight pours through the floor-to-ceiling windows.

Structurally reinforced pillars hoist the property up, creating the illusion of a floating vessel in the sky, from inside the home and from the perspective of the street below. Don’t let the square footage fool you. The two-bedroom, two-bath home comes complete with a chef’s kitchen, dining room for at least 10 people, an open living room, office/flex space, and an outdoor sitting area that’s ideal for an afternoon glass of wine or morning coffee.

“When I was a kid growing up in the Valley, I would ride bikes with friends and look up at the Platform Houses being constructed,” said Goldstein. “I always knew that I wanted to have one, and jumped at the chance years later. For a good house, you need a great foundation. When I bought the house, it had been neglected and fallen into disrepair. All the work I did over the years was to express fully what the structure should be. It was a labor of love. I redid it in a way to make a home for myself.”

Among the numerous renovations that have been made, most notable are the pyramid skylights, raised ceiling and roof lines, a wine cellar that can hold at least 300 bottles of wine, a Roman soaking tub and solar panels. The infamous black metal exterior is coated with a 24-gauge Kynar finish.

The house was originally designed by renowned architect Richard Neutra. The street contains 17 unique mid-century modern homes known as the Platform Houses for obvious reasons: they are built on massive platforms that cantilever out over the edge of a steep slope, looking down onto the valley below. This property has been meticulously restored with super high-end, modern finishes. It has the bones of a mid-century but has been tastefully modernized.

Neutra designed the houses for the Stone-Fisher development company, and they are sometimes known as the Stone-Fisher Speculative Houses. He later withdrew from the project after disagreements with the developer, and Beckett finished the buildings’ designs and oversaw their construction.

Completed between 1962 and 1966, the houses look like typical mid-century modern buildings from the street side, with overhanging flat roofs, stucco and wood cladding, and simple window openings. But the view from the side or across Beverly Glen Canyon reveals the majority of each building seems to float in the air, supported by tall, narrow metal posts that seem far too insubstantial to do the work they are so easily doing.

The designs do not seem to be identical—or else some houses have experienced more alterations than others—but they all share basic similarities: a one-story height, simple rectangular plan, horizontal emphasis and large expanses of windows. The buildings showcase a long balcony stretching the full width of the rear façade, all the better to provide views for the brave and nightmares for those with a fear of heights.