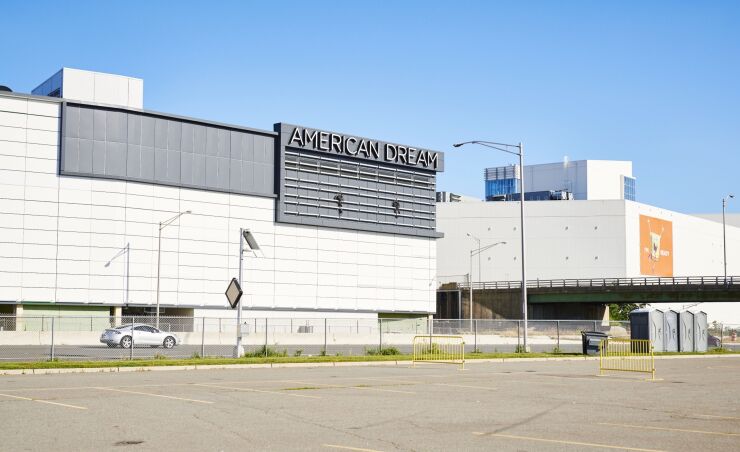 The municipal bonds that helped finance the nation’s second largest mall are showing signs of wobbling.

The American Dream mall in East Rutherford, New Jersey, was delayed for years, then opened shortly before the COVID-19 pandemic.

On June 3, the trustee for $800 million of bonds said in a notice posted on the Municipal Securities Rulemaking Board’s EMMA bond disclosure website that funds to support bond repayments were running late and, as a result, it made an unscheduled $11.36 million draw on a reserve account for the revenue bonds to make the June 1 interest payment.

“In the event the May PILOT is not made on or before June 16, 2022, Default by the Developer will exist under the Financial Agreement,” the notice said.

On Thursday, another notice posted by trustee US Bank NA said the mall’s owner Triple Five “made a late payment of $13,870,191.21 on Wednesday which is equal to the amount of the missed May PILOT.” It still owes interest on the missed payments, the notice said, “therefore, the Developer has not fully cured its Default under the Financial Agreement.”

The limited obligation PILOT revenue bonds are backed by payments in lieu of taxes the developer committed to make.

To complete the American Dream mall — complete with an indoor ski slope, water rides, an amusement park, and more than three million square feet of retail space — Triple Five borrowed more than $1 billion in the municipal bond market through conduit issuer the Public Finance Authority. The bonds were sold without ratings and marketed to high-yield municipal bond investors.

Another $287 million of limited grant obligation revenue bonds required debt-service reserve draws that left the fund empty of all but $820 as of February, according to a notice posted on EMMA.

“The developer’s earlier breach of compliance requirements to receive grant revenues (not to mention the project’s poor operating performance) and now the default on a PILOT installment suggests that restructuring of the aggregate ~$1.1B of municipal debt is increasingly likely,” Municipal Market Analytics wrote in its June 8 Default Trends report.

The mall was shuttered amid COVID-19 lockdowns only months after its long-delayed grand opening in October 2019.

The massive mall must contend with headwinds throughout its industry.

Moody’s Investors Service recently adjusted the U.S. retail industry’s outlook to “negative from stable as the U.S. recovery falters on the back of a solid but weakening macroeconomic environment.”

When Triple Five acquired the long-stalled project in 2017, it sought to apply a model that gave its other holdings — including the Mall of America near Minneapolis — success, by investing heavily in rides and entertainment venues in addition to retail spaces.

Marc Pfeiffer, assistant director at the Bloustein Local Government Research Center at Rutgers, New Jersey’s state university, believes that might just give the megamall a fighting chance. He said that though the economic forecast is dire, the American Dream’s non-retail offerings, as well as its location in one of the most densely populated areas of the U.S., might mean its best days are ahead if it can weather the lean times ahead.

“There’s nothing else like that combination, and even in the post-pandemic, order online environment,” he said. “I think there’s enormous potential for that on top of regional shoppers.”