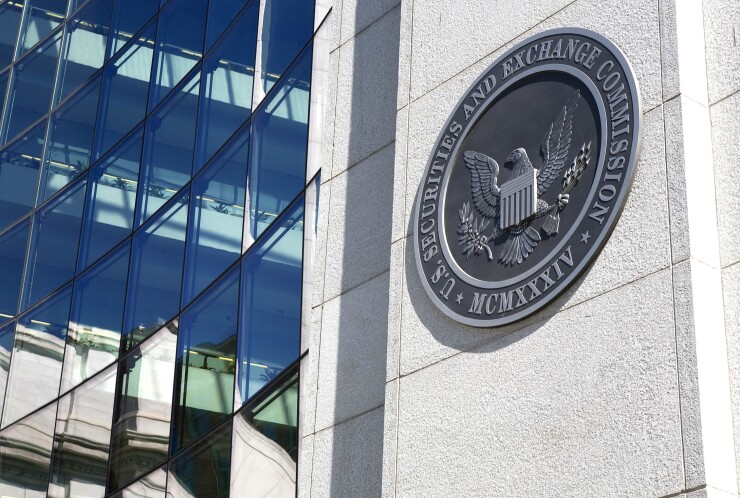 The former chief administrative officer of Johnson City, Texas falsified financial statements and misled investors in an attempt to hide his ongoing embezzlement of city funds, the Securities and Exchange Commission alleged Thursday.

Michael Anthony Holland, who was also Johnson City’s secretary, stole $1.12 million from the city between 2015 and 2020, using the money for personal living expenses, the SEC alleges. The announcement came as part of a recent spate of muni enforcement actions this month after a quiet April and May.

To cover up the theft, the commission said, Holland delayed the city’s 2016 annual audit. After two years of pressure from the city’s mayor and municipal advisor — and after a ratings agency withdrew its rating on the city — Holland in May 2018 falsified the 2016 reports by changing the dates on the 2015 financial statements and audit report. He sent the falsified reports to the mayor, who posted them on the city’s website, and to the municipal advisor, who uploaded them onto EMMA as part of required disclosure on the city’s bond issues. The city sold bonds in 2012 and 2015.

The documents were up on EMMA until late April 2020, during which time there was secondary trading on the city’s debt during the time the falsified documents were posted, the complaint says.

“The financial statements also did not reflect that Holland embezzled $107,137, nearly 5% of the city’s total revenues, during fiscal year 2016,” the complaint says. The audit falsely reported that it had been reviewed by an independent auditor.

In mid-February 2020, a financial examiner with a State of Texas entity, which was an investor in the city’s 2015 securities, discovered the falsified documents, the SEC said.

The investor alerted the city’s auditor, which notified the city, which launched an investigation.

In September, the embezzlement was discovered and Holland resigned. He was criminally charged in December 2021 by the U.S. Attorney’s Office for the Western District of Texas, and pled guilty to one count of theft from a state or local government.

Holland, 36 and a resident of San Antonio, has worked for at least 15 years in various administrative positions for several Texas cities and a school district, the SEC said.

Without admitting or denying the allegations, Holland has agreed to cease future violations of the securities laws and to be barred from participating in the municipal market, including the preparation of certain documents relating to muni bond offerings. He has also agreed to pay fines and penalties in an amount that the court will later determine.

The SEC settlement comes just days after the commission charged the City of Rochester, New York, the Rochester City School District’s former finance director and the city’s former CFO with misleading investors and providing outdated financial statements in connection with a 2019 bond offering.

Two weeks ago, the SEC charged the town of Sterlington, Louisiana, its former mayor, municipal advisor and the MA’s owner with fraud in connection to the sale of bonds between 2017 and 2018.